The crisis in Yemen 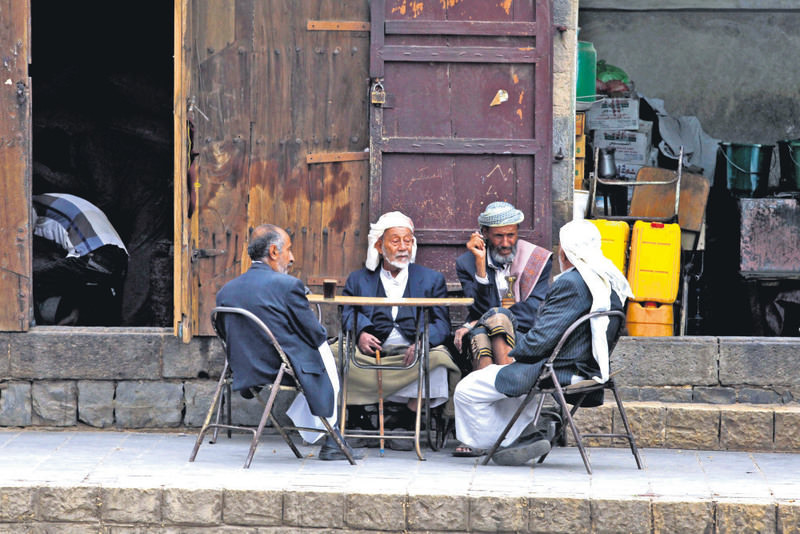 Those who played with fire in Syria and Iraq through al-Qaida and the ISIS, now find themselves faced with the consequences of their actions

There is absolutely nothing surprising about the current crisis in Yemen considering that all parties helped escalate the perfectly predictable situation through irresponsible and misguided decisions. Those unable to develop meaningful policies and mistook short-term gains for geopolitical achievements were quick to turn the country into the stage of a proxy war. Yemen has thus become the target of a conflict between anti-Islamists and messianic sectarians.

Just a few months ago I wrote: "The military coup in Yemen represents one of the most tragic manifestations of this conflict. The situation, which might look like a major victory for the perpetrators, hardly amounts to anything beyond the turning over of a much bloodier leaf. Considering that the sectarian wave already derives enough support from Iraq and Syria, it is not difficult to estimate what the emergence of Mecca as a missionary goal could mean in Yemen. We must acknowledge that, at least since the U.S. occupation of Iraq, the entire region is getting out of control due to provocations against the Sunni majority."Unfortunately enough, the above prediction became reality in a short period of time. The Saudi-led intervention in Yemen attained legitimacy quite quickly as the Iranian-backed Houthi rebels advanced toward Aden, which not only placed the Bab el-Mandeb strait at risk, but also meant that anti-Saudi forces would control a part of the country home to one-third of the entire population. Iranian officials, meanwhile, openly acknowledged the possibility of an uprising in Saudi Arabia to escalate the situation.

Today, Yemen sets the stage for the most tragic manifestation of tactical steps with no vision, value or strategic depth. Those who played with fire in Syria and Iraq through al-Qaida and the Islamic State of Iraq and al-Sham (ISIS), respectively, find themselves faced with the consequences of their actions. Today, a group seeking to compensate for centuries of geopolitical hunger with messianic sectarianism joins hands with anti-Islamist Gulf countries more obsessed than neocon fanatics to escalate region-wide chaos. The West, in turn, does not hesitate to forecast the worst possible doomsday scenario while enjoying the comfort that this situation renders possible.

A similar situation arose when Gulf countries inexplicably opposed the Movement for National Reform in Yemen. Let there be no mistake, those who threaten military action against Houthi rebels today provided direct and indirect support to the same group just a few years ago. Having backed the Egyptian military against the Muslim Brotherhood, Israel against Hamas and counter-revolutionary forces against legitimate opposition groups, they find themselves in a terrible position today. Meanwhile, they got Iran, the top adversary of the region's people and popular movements, tangled into all the controversies around. Tehran, in turn, proved equally interested in positioning itself at the receiving end of the region's anger. Taking stock of everything that Gulf countries and Iran have accomplished since the 2003 invasion, one discovers that they have nothing but perpetual conflict with no victor at hand.

There are two options available to these governments today. The first scenario, which seems unlikely, requires Gulf countries to stop obsessing over anti-Islamism and Iran to understand that each point scored in violent conflict strengthens the wall around the country. The second option, in turn, will allow the countries to respond to each move by their opponent and add to the costs of conflict.

To conclude, we are yet to discover whether or not Iran, which fought one of the longest wars of the 20th century with Iraq, and Saudi Arabia, which has been trying to uproot the Muslim Brotherhood for a century, will show some common sense.
Last Update: Apr 02, 2015 2:11 am
RELATED TOPICS