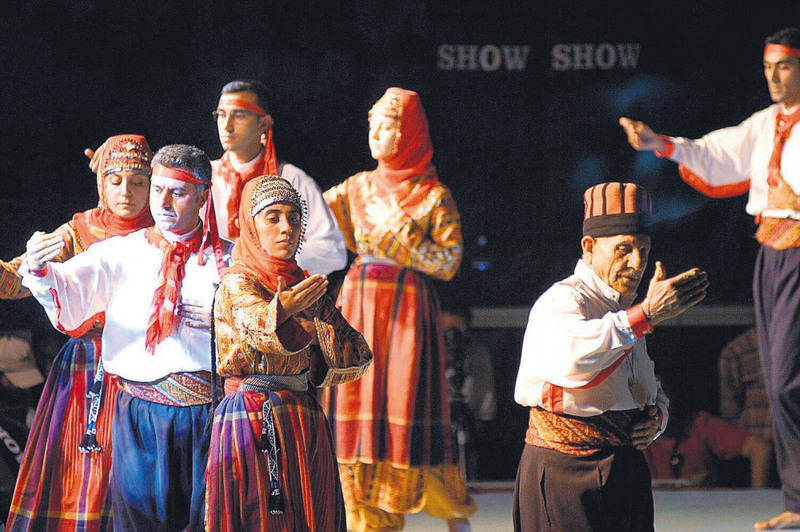 The Alevi community has become an openly unshareable constituency for the first time in a popular election. Not only does this approach treat the nation's Alevis like passive objects, but it also plays a negative role in Turkey's democratization drive

With the 2015 parliamentary elections around the corner, it has become perfectly clear what the Peoples' Democratic Party (HDP) meant by passing the national threshold and reaching out to the entire country. Provided that the Alevi community, which has been a core component of the Republican People's Party (CHP) base for years, will side with the HDP, the party will not only break the 10 percent mark but also reduce the popular support for the main opposition party to 20 percent while stealing a number of seats from the ruling Justice and Development Party in the southeast. Most importantly, however, is that the HDP will complete a self-proclaimed process of reaching out to the entire country if they manage to pass the threshold with help from the Alevi community.

Over the years, the Alevi community's support for the CHP – a rare area of consensus among Turkey's Alevis – failed to turn the party into a political movement for the entire nation. As a matter of fact, the CHP's problem is not completely different from the issues of the HDP leadership, which engages with the national threshold issue in an emotional manner. In order to pass the threshold, the HDP will have to eliminate the main opposition party and create a viable alternative to the Kemalist-Alevi alliance.Obviously, not much remains unsaid about the close relationship between the Alevi community and the CHP. Focusing on the Presidency of Religious Affairs and mandatory religious classes in public schools, of course, represents the most banal and amateurish effort to engage the question at hand. Provided that the above-mentioned issues, which have evolved into a key component of Alevi identity in Turkey, might be unoriginal, the Alevi community will need better reasons to part ways with the main opposition party and engage in a lengthy and challenging transformation.

Surely enough, the CHP itself engaged in an equally cheap trick when it unsuccessfully tried to nod to the nation's conservatives by admitting niqab-wearing women into membership back in 2009. Had the HDP, however, managed to steer clear of left-liberal patronage ties, it may have had the potential to expand at the expense of the Republicans – like "the other right" defeated the center right in the 1980s.

Unfortunately, the HDP opted to imitate the Republicans instead of daring to normalize and behave more like the AK Party. Although they seemed to set things in motion initially, they quickly tapped into the secularism pool to avoid coming to terms with the Kemalist ideology's destructive side.

Thus the Alevi community became an openly unshareable constituency for the first time in a popular election. Not only does this approach treat the nation's Alevis like passive objects but it also plays a negative role for Turkey's democratization drive. Nowadays, the vast majority of CHP and HDP elites consist of people who take issue with religion's public visibility (whether Sunni or Alevi) and abide by a primitive secularist-positivist ideology. In this sense, their interest in an alienated faith group merely aims to use the Alevi community for the elections and then toss them aside. The most obvious manifestation of this approach has been the pledge to abolish the Directorate of Religious Affairs – which turned a minority's demand into a mainstream issue. The HDP's rapprochement with the Alevi community, whilst clearly taking issue with Islam and religious Muslims, will amount to nothing more than a new political and sociological burden on their back.

Whether or not the Alevi community will end up voting for the AK Party, there is no alternative to the ruling party in order for them to communicate their problems to the general public. Meanwhile, it would appear that the Alevis, who surrendered their will to the CHP for years, will need some time to overcome their obsession with the HDP.
RELATED TOPICS