Political settlement on the horizon for Syria 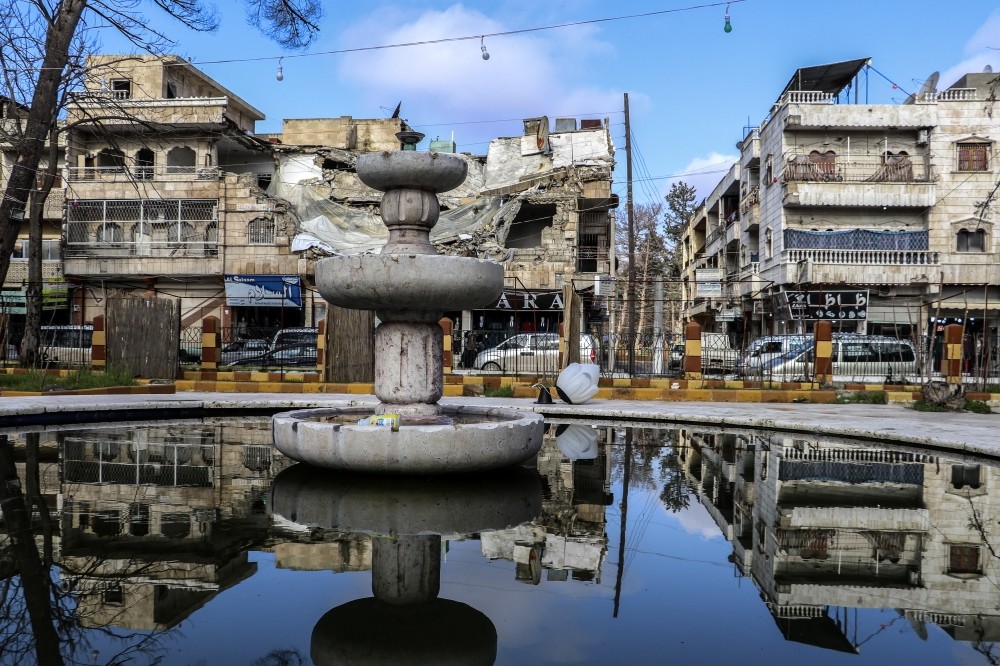 The U.S. withdrawal decision will accelerate the process of political settlement in Syria, signaling that a transformation period is at hand for the country

On Dec. 19, 2018, U.S. President Donald Trump tweeted about his decision to withdraw American troops from Syria. Trump's tweet came after his phone call with President Recep Tayyip Erdoğan. The withdrawal decision led to an earthquake in the Pentagon, especially in the U.S. Central Command (CENTCOM). Trump has been vocal about his intentions to reduce the U.S. presence in Syria since his presidential campaign in 2016; therefore, Trump's position on Syria was not a surprise to many analysts. However, the timing of the decision and the style in which the decision was executed and publicized was a big surprise.

Trump's decision was received positively by both Ankara and Moscow, but it was a shocking and unexpected step for the People's Protection Units (YPG), which is the dominant faction in the Syrian Democratic Forces (SDF). The withdrawal of American troops from Syria will be gradual, and Washington will try to coordinate the withdrawal with both Turkey and the YPG. The withdrawal from Syria does not necessarily mean that the U.S. will completely reset its policy toward the Middle East; it will instead be a recalibration where Trump will have more say.

Trump declared victory against Daesh and sidelined bureaucrats who were in favor of staying longer in Syria. Trump also mentioned his willingness to realign with Turkey in his country's struggle against the notorious Daesh. This meant sidelining the YPG and other militia groups in Syria. For a long time, Washington insisted on an alliance with the YPG, which led to criticism and disappointment in Ankara. Immediately after Trump's withdrawal decision, the YPG tried to engage with the regime in Damascus. Even this shaky move confirmed the untrustworthy nature of the alliance between the YPG and the U.S.

Trump's Syria decision has broader implications with regard to his overall foreign policy vision concerning the region. Trump is not in favor of working with sub-state actors and other weak proxies to counterbalance the U.S. regional competitors. Trump instead wanted to regain the trust of the U.S.' allies and work with them more harmoniously if those allies provide the necessary resources and capacity. With its successful military operations against Daesh and the PKK, Turkey demonstrated its ability in the field.

On the other hand, with the Idlib deal, which prevented a humanitarian catastrophe in northern Syria, Turkey also showed its diplomatic skills with regard to stabilizing Syria. With the recent move, the Trump administration also managed to avert a diplomatic rupture with Ankara. If Washington had pushed further in its efforts to work with the YPG, it could have further jeopardized relations between Turkey and the U.S. The coordinated efforts between Turkey and the U.S. over Syria will be the first step toward building trust between the two allies whose relationship has eroded in the last five years.

Trump failed to convince the bureaucracy about his exit strategy in Syria, but the American public seems to be satisfied with such a decision. Trump not only wanted to change his country's policy on Syria but also wanted to get rid of the bureaucrats that were still operating under the guidance of former President Barack Obama's perspectives about the region. The Obama bureaucrats did not have an exit strategy for Syria, Iraq or Afghanistan. Trump signaled the U.S. exit from Syria by declaring himself and his country as the victorious power in its Syria engagement. Trump never believed in the authenticity of Daesh and the sincerity of the fight against certain terrorist organizations. Indeed, in his election campaign, he argued that Daesh is what we created. Significant changes in the U.S. engagement in Afghanistan seem to be on the line.

Consequences of the move

Trump's decision will have significant consequences for the course of the Syrian civil war, which has been going on for more than seven years. Most analysts in the United States evaluated the outcomes of Trump's decision to withdraw from Syria regarding winners or losers. Making assessments according to short-term gains is not appropriate, there will rather be a new game plan in Syria. All the actors engaged in the conflicts will need to recalibrate their policies according to new realities on the ground. What the Trump administration cared for most was a credible exit strategy, and Trump achieved his goal, but this may have some unexpected consequences for Syria and its neighbors.

The first consequence of the U.S. decision is the death of the idea of regime change by external interventions in Syria and probably elsewhere. The policy of regime change via foreign interventions was the primary concern for Russia, which was vocal about the aggressiveness of liberal interventionism in the 1990s. Russian President Vladimir Putin will consider Trump's decision as his victory in Syria. The Bashar Assad regime may be forced to make some significant reforms or may be required to have elections, but this will be under the Syrian framework. Moscow now has more responsibility in pushing Assad for reforms to save its image and credibility at the same time. The second consequence will be the reduced role for nonstate actors and proxies in these kinds of complicated conflicts. Only genuine local actors and states that have a real stake in the conflict will have roles in the future of Syria as part of a political settlement. Armed nonstate factions or organizations, which have been injected into the conflict from outside, will gradually lose their influence.

The U.S. withdrawal decision move will accelerate the process of political settlement in Syria. The consequences of the settlement may not be optimal or may not satisfy the expectations of the opponents of the Assad regime, but such suboptimal solutions may buy some more time for the regime to make reforms. If the regime does not address the underlying sources of the bloody civil war that devastated Syria and does not make genuine reforms, this will only constitute the seeds of future conflicts. It is now the responsibility of Russia to push the regime to a reasonable settlement, and Turkey and Europe's responsibility to prepare the moderate opposition for a political settlement.

Moscow may play a much more constructive role if it manages to institutionalize its role as a "peacemaker." The Russian model will be very different and an alternative to the liberal intervention or peacemaking model, but such an engagement may end with a more constructive result if it takes the main concerns of moderate opposition groups into consideration. Both Turkey and Iran have potential roles to play as either stabilizers or spoilers; that is why convincing both actors and engaging them more in the settlement process will serve Russia's long-term interests.

Talha Köse is Brussels Coordinator and Society and Media Director at SETA Foundation. He is the chair and an associate professor of the Political Science Department at Ibn Haldun University.
Last Update: Jan 04, 2019 8:00 am
RELATED TOPICS