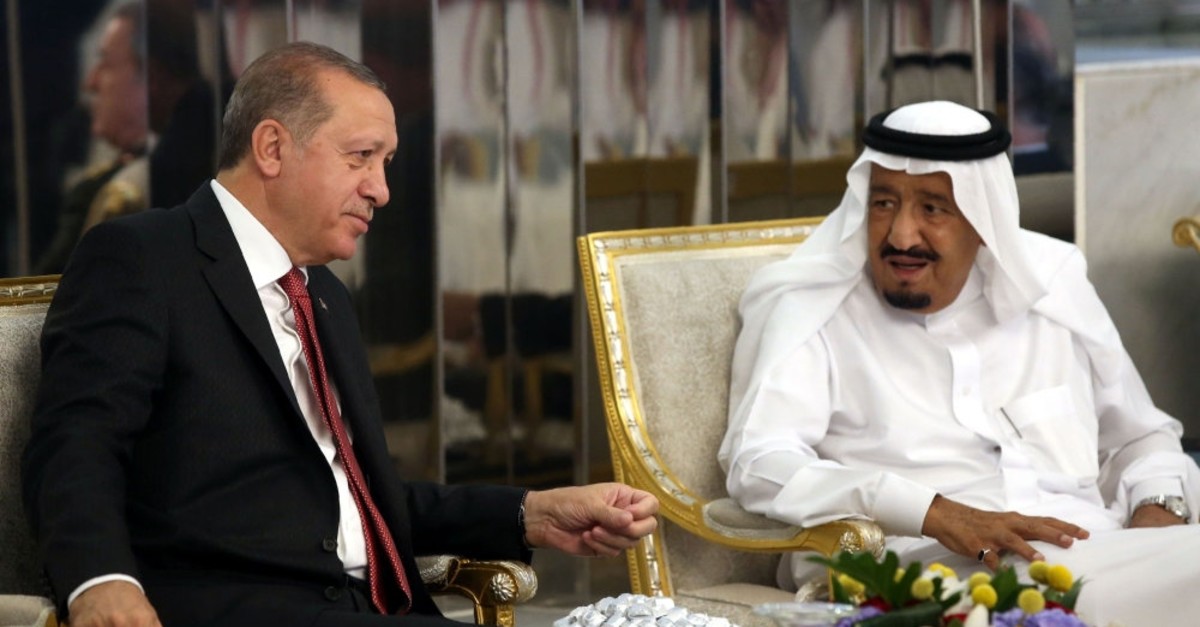 The Saudi-UAE alliance's risky ventures, which designate Iran as an archrival and Turkey as an adversary, makes them vulnerable to demands from the U.S.-Israel axis and undermine their international credibility

The ongoing diplomatic tensions and distrust between Turkey and Saudi Arabia are proving costly for both countries. Turkey and Saudi Arabia have many shared interests in the region and have points of potential cooperation but following the Arab revolts, have been pushed in opposite directions. Such polarization does not serve the interests of the two countries and makes it more challenging to reach a more stable regional order. Both countries are more vulnerable to economic and security-related threats when they are in opposite camps. The normalization of diplomatic relations between Turkey and Saudi Arabia and strengthening the trust between the two countries is key to the security and stability of both.

There are still significant structural obstacles to the normalization of Turkish-Saudi relations. The two countries took different paths in response to the Arab Spring, and such opposition made them part of two different alliances. Saudi journalist Jamal Khashoggi's brutal murder in the Saudi Consulate in Istanbul and the Saudi authorities' uncooperative attitudes after such a mistake on Turkish soil further disappointed the Turkish authorities.

The Khashoggi crisis was not a single event; it was a political ploy designed to strangle Turkey diplomatically in order to prevent it from hosting a Saudi opposition in the region. Saudi Arabia's handling of the Khashoggi crisis was a complete catastrophe. Unfortunately, Saudi authorities violated the principles of friendship and international norms, as well. The Saudi-Emirati blockade and boycott of Qatar were also not well managed by Saudi authorities. Sustaining the ongoing tension and mistrust will not serve the countries' interests either.

While Turkey supported social and political change in the region with Qatar, Saudi Arabia was very skeptical about the unexpected political transformations in the Middle East and North Africa (MENA) region. Saudi Arabia, along with the United Arab Emirates (UAE), tried to stop the revolutionary stream in the region and supported the forces of status quo. The Saudi-Emirati alliance was successful enough to contain the revolutionary stream; yet, they could not institute a stable political environment. Besides, the counter-revolutionary operations were economically costly and have the potential to backfire in the medium term.

The "cold war" between the Turkey-Qatar alliance and the Saudi-Emirati alliance turned into a region-wide confrontation. With their aggressive counter-revolutionary interventions, the Saudi-Emirati alliance destabilized Libya, Yemen and Lebanon, and tried to suppress Sudan's revolution and transform the revolution into a military coup. Counter-revolutionary steps that seek to raise a new generation of dictators in the region may have much graver consequences and many risks.

Saudi and Emirati leaders, alongside Egypt's Abdel-Fattah al-Sisi, want to make sure that no social and political fluctuation that led to the Arab uprisings will occur again, but they are far from acknowledging the underlying dynamics of those revolts. The social, economic and political grievances are still there, and the new generation of dictators is not equipped to address those challenges.

With the support of Saudi Arabia's Crown Prince Mohammed bin Salman (MBS), Abu Dhabi's Crown Prince Sheikh Mohammed bin Zayed (MBZ) has tried to isolate and contain Qatar and Turkey regionally. MBS's and MBZ's strong ties with Tel Aviv are not a secret. Some analysts in Turkey and Qatar believe that the mastermind of MBS's and MBZ's regional aggression is Israel. With its military power, population and cultural capital within the Arab world, al-Sisi also plays a significant role in this alliance. However, Egypt's role in this alliance is minor compared to the other two actors.

One significant advantage of the Saudi-Emirati alliance is the unlimited financial resources that they possess. They have utilized those resources to gain the support of political actors in Western capitals, especially in Washington, and popular Western media outlets. They pass on millions of dollars to lobbyists, think tanks, media companies, influential intellectuals and former politicians. Financial resources are not always sufficient to promote their agenda in Western capitals

; they also try to accommodate some of their policies according to the interests of other international powers like the U.S., Israel and France.

Turkey is concerned about Saudi Arabia's alliance with the UAE, which deliberately and systematically target's Turkey's critical interests in the region. Turkey's concerns are shared by other actors in the region such as Qatar, Kuwait, Iraq, and partially by Oman and Jordan. Those other actors do not feel secure and comfortable enough to express their complaints about the aggressive policies of the Saudi-Emirati alliance. Only Turkey and Qatar have criticized and resisted the reckless policies of this alliance that destabilize the entire region.

Iran and the Muslim Brotherhood seem to be the shared target of the Saudi-Emirati alliance, but for more than two years this alliance has played more aggressive and offensive roles and has taken considerable risks to reshape the entire region. Saudi and Emirati attitudes toward Turkey and Qatar makes it much more difficult for these actors to balance Iran. Such a dysfunctional double containment effort also makes the Saudi-Emirati alliance more vulnerable to Washington and Tel Aviv. Saudi Arabia's negotiation position vis-a-vis Washington is very weak, especially since the administration of President Donald Trump sees Saudi Arabia as a rich country that cannot reject Washington's requests.

The UAE, on the other hand, tries to accommodate regional politics according to the priorities of Tel Aviv. The UAE, in return, gets exemptions for its aggressive regional policies that violate all international norms and values. Emirati authorities are busy trying to control important ports in the region, but they need stability to benefit from those ports economically.

For the time being, Saudi and UAE policies are tolerated since their moves are coordinated with Washington and Tel Aviv, but soon the aggression may turn into a liability for Washington. In such a situation, the cost of immunity will increase for both Riyadh and Abu Dhabi. Riyadh's credibility, which is one of the primary sources of Saudi Arabia's international influence, will be tarnished drastically.

A friendlier approach to Turkey and a process of normalization of relations would serve the fundamental security concerns of Saudi Arabia. Points of potential cooperation are much stronger than the points of possible confrontation. Saudi Arabia has been dragged into conflicts in Yemen and Libya by its newly formed alliance with the UAE. Those conflicts did not strengthen Saudi Arabia's security, nor did they improve the diplomatic stance of Saudi Arabia internationally. Many steps taken by this alliance in the last two years jeopardized Saudi Arabia's long-terms interests and legitimacy in the Muslim world.

It is time for Saudi Arabia to reevaluate its risky and aggressive regional interventions that target all the actors that do not act within Saudi-Emirati orbit. The normalization of relations with Turkey may be a significant step toward changing such a dysfunctional approach. A more cooperative attitude of the Saudi authorities toward their Turkish counterparts in handling international crises in Libya, Yemen or Syria would be a significant sign of change.