Syria after the recent deals 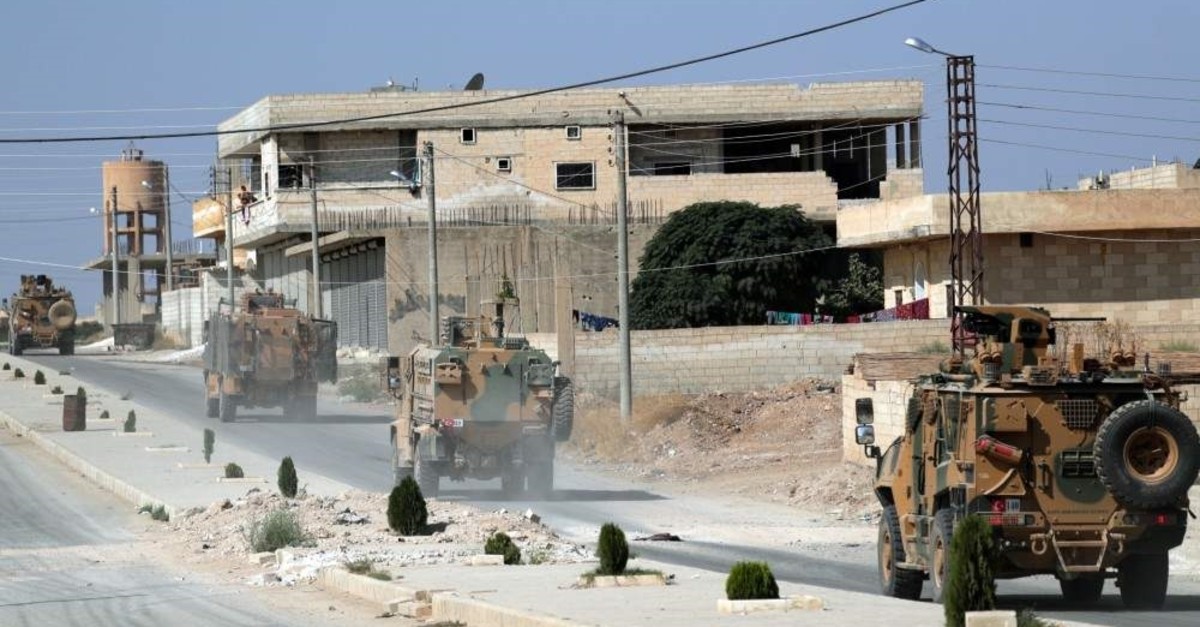 Turkey's deals in Syria have provided a great opportunity for a more secure region, but there is still a lot of work to do

President Recep Tayyip Erdoğan signed two important documents in the last week together with U.S. Vice President Mike Pence and Russian President Vladimir Putin. Those two agreements will transform the ongoing stalemate in northern Syria which deeply threatens Turkey’s national security.
Turkey was deeply disturbed by the formation of a terror state along its southern border with the support of Washington. It was also concerned about the status of more than 3.5 million Syrian refugees that escaped the atrocities of the Syrian regime, the PKK-linked Democratic Union Party (PYD) and Daesh.
By signing the deals with Washington and Moscow, Ankara got the approval of its counterparts to clear its border from terror elements and to form military observation units along the lines. Turkish and Russian troops will carry out joint patrols 10 kilometers parallel along the Turkish Syrian border.
There is no clear plan with regards to the return of the Syrian refugees but Moscow approved the idea of supporting the return of the Syrian refugees and internally displaced persons (IDP) in the Sochi deal. Ankara assumed after the gradual normalization in Syria that the refugees will return to their home countries. It would not be possible to return to regime-controlled areas for the moment but the constitutional reform process may allow for such a change in the coming months.
For the moment, Ankara has managed to deter the fundamental security risks. According to the Turkish public and the international media Ankara’s deals are a remarkable victory for President Recep Tayyip Erdoğan. Russia also consolidated its position in Syria and got some assurances from Turkey with the Sochi deal.
Russian President Vladimir Putin is also the winner in the two agreements last week. Ankara’s deal with Washington pushed the American military presence out of northern Syria. The American proxy Syrian Democratic Forces (SDF), another name used for the PKK-linked Syrian groups, is also weakened within the Syrian equation after the deal. Moscow probably is the biggest winner since they benefited from the consequences of Turkey’s Operation Peace Spring. Both Moscow and Ankara now have more responsibilities for the future of Syria.
Ankara’s deals with Moscow and Washington did not end all the problems in relation to Syria. Those agreements just provided a new framework and new environment for the negotiation process. Ankara’s efforts definitely prevented the formation of a terror state along its border but the idea of a PYD-controlled political entity in Syria is not entirely dead.
Moscow now has an upper hand in the Kurdish file in Syria. Kurdish nationalist ambitions and the desire for a state will continue to be abused and manipulated by other actors. Another critical issue for Ankara is the status of Turkey-supported opposition groups. Turkish troops will gradually withdraw from Syria after a peace deal but if the Syrian National Army (SNA) and the other opposition-controlled security units may not get some legal status; this may prevent the return of the Syrian refugees in Turkey and in other countries.
There should be a legal framework for Turkey’s military presence in northeastern Syria. The Adana Agreement of 1998 provides a framework for Turkey’s involvement for counterterrorism purposes but the current challenge is beyond the terrorism threat. There is a need for a revised Adana Agreement in order to overcome Turkey’s concerns.
The ongoing trust relationship between the Turkish and Russian presidents allows for the handling of major disagreements between Ankara and Moscow but if the framework of their interactions are not clearly defined this may lead to confrontations in the field.
For Turkey the deal with Washington is a very positive step, as such a move at least prevented a deeper crisis between the two NATO allies. The deal was successful enough to prevent a crisis but it does not contain the seeds of a positive breakthrough in Turkish-American relations. President Erdoğan’s meeting with his U.S. counterpart President Donald Trump in Washington on Nov. 13 will be a more important development in the shaping of the future of Turkish-American relations.
Washington’s betrayal of Turkey will never be forgotten. Despite the Manbij deal between Washington and Anakara during the Barack Obama and Donald Trump administrations, Washington decided to leave Manbij and Ayn al-Arab to Russia and regime forces. This is a major betrayal by Washington of its NATO ally Turkey. This step weakened Turkey’s position in its negotiations with Moscow. There is a huge trust gap between Ankara and Washington and it will not be easy to overcome.
Overall, Turkey achieved significant gains in the two agreements that were signed with Washington and Moscow. Turkey is more secure and stronger in Syria but the risks are not deterred completely. European and American support for Turkey’s position in peace negotiations will be crucial for the stabilization of Syria. There is now a need for all actors to prioritize diplomacy and fix the trust gap.
Last Update: Dec 20, 2019 1:14 am