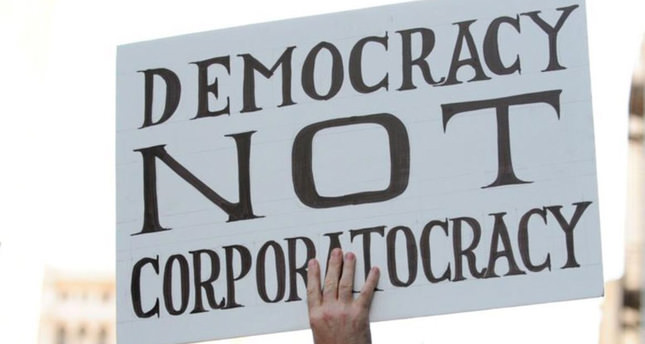 Political parties should be transparent, accountable and present a political project to the electorate as a democratic struggle unfolds between rival parties

Domestic politics in Turkey has reached such a low degree of scandalous gossip that nowadays it became virtually impossible to monitor and evaluate external policy dynamics.

Any society can go through hard times and political turmoil, however, there is a system of checks and balances within democratic societies that help the country overcome such situations. This is the utmost sophistication of democracies to establish a framework of checks and balances to allow the societies to go through economic, social or political turmoil without the backbone of the way of living and existing of a society being damaged.

The checks and balances are made up of institutions and principles. The separation of powers, the existence of autonomous institutions, and the privacy of personal life are the main factors of such a system that outlines the social contract.

The European Union's Charter of Fundamental Rights delimitates in a very comprehensive manner the minimal extent of rights and liberties that should prevail in any given democracy.

In addition, member states are allowed to enlarge and enrich the scope of these freedoms in line with the new conditions arising. Democracy, in such conditions, appears as a regime where participation, transparency, accountability remain the basic principles, supplemented by a system of fair, participative and periodic elections at every level.

Apart from this, no one is obliged to abide by or like any other person's political stance or view. Still, political movements that struggle for power within democratic societies are bound to comply with established rules, offering voters projects acceptable only within the universally accepted limits of democratic functioning. Voters of a party that lost an election are in danger of losing nothing other than perhaps their temper.

The only threat they may encounter, will be, at most the presence of a government composed of one or more parties they did not support.
Democracies are regimes where, after political decisions, gains and losses are minimized.
In Turkey, democratic functioning has never been satisfactory in the past due to the tutelage of the Armed Forces. Now another new tutelage is trying to replace the void of armed forces.

This movement, commonly referred as "pirate opposition" is interestingly combining an antisemitic, anti-EU and xenophobic diatribe visible on its web pages with a professed objective for democracy and transparency.

After the 1973 elections, my dear father Ugur Gümüstekin wrote a comprehensive book titled, "For a new social contract." The dilemma and conflict between the Justice Party (AP) and Republican People's Party (CHP) played an instrumental role in the polarization of society back in the days.

Turkey would not have lived through the terror of the 1970s or the Sept. 12 coup, or the ensuing days of tutelage, had we been able to abide by the rules of democracy and not expect any help from the armed forces, parallel organizations or the street terror back in the days.

The mistakes of past indeed shed light to the solutions to troubles of the day… If only one is willing to see, evidently…