The approaching elections in Turkey 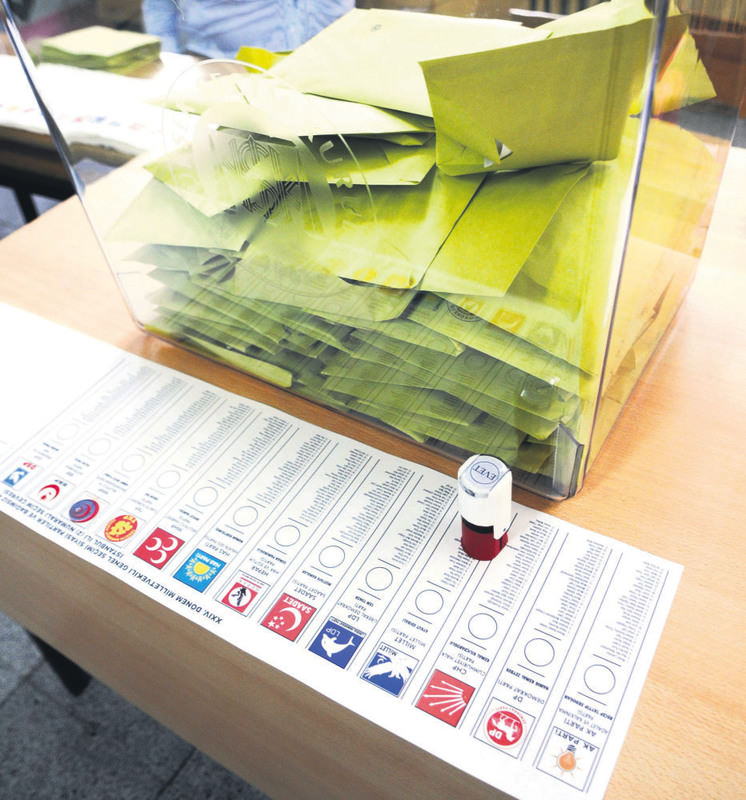 by Tulu Gümüştekin May 02, 2015 12:00 am
The general elections will be held on June 7, the first weekend of the month. This is the second time that President Recep Tayyip Erdoğan will not be able to be a candidate in parliamentarian elections since 2002 because he was elected president in August 2014. He was unlawfully prevented from participating in the 2002 general elections despite being the leader of the Justice and Development Party (AK Party), which gained its first electoral victory less than two years after its foundation.

Erdoğan was elected to Parliament and officially become prime minister only after a by-election was organized a few months after the AK Party victory. Ever since, he has won all the electoral contests he has participated in, almost every time increasing his popular support.The popular and personal support for Erdoğan has created an interesting balance in Turkish politics. Voters tend to support a leader rather than a party. This happened in Turkish politics when Adnan Menderes was elected prime minister after the first real multi-party elections in 1950. Normally, Menderes should have remained second fiddle in the Democrat Party, winning the absolute majority, because the leader of the party, Celal Bayar, was a former prime minister, companion in arms of Mustafa Kemal Atatürk and dignitary of the newly established Turkish Republic. Instead, leadership went to the young party executive Menderes who received incredible popular support and whose reputation and memory remained intact even after having been deposed following the first military coup and after having been legally murdered.

Popular infatuation with Menderes has remained unequalled. Neither former prime ministers and presidents Süleyman Demirel nor Turgut Özal received such overwhelming support and love at the height of their popularity. The second elected politician in Turkey to have largely attained and surpassed Menderes's popularity and charisma is definitely Erdoğan. Very much like Menderes, at the inception of the AK Party, he was one of the four founders. Menderes had Celal Bayar, Mehmet Fuat Köprülü and Refik Koraltan to move away from the main political movement, the Republican People's Party (CHP), and its immovable leader İsmet İnönü. Erdoğan was with Abdullah Gül, Bülent Arınç and Abdüllatif Şener when they decided to move away from the Welfare Party and its immovable leader Necmettin Erbakan. He has become a political icon and a very gifted leader in a very short time. He was, like Menderes, adulated by the masses and became a symbol of new policymaking and a new regime. Unlike Menderes, Erdoğan was able to dismantle the anti-democratic opposition of the military and the bureaucratic establishment. His influence on Turkish and international politics has been ever growing, and the coming elections will in fact be a contest between Erdoğan and his opposition.

Nobody seriously thinks that the AK Party will not win the coming elections, although there is a wide consensus that the party may not attain 52 percent of the vote, which allowed Erdoğan to get elected in the first round of the presidential election last August. Whatever the percentage of votes for the ruling AK Party might be in five weeks, it is obvious that if it wins 330 seats in Parliament or if any political consensus emerges for the new constitution that Erdoğan wants, there is almost no doubt that a popular referendum will back his political desires.

This has created a peculiar momentum in Turkish politics where the political divide is not between such or such political parties or ideologies, but between proponents of Erdoğan and his opponents. His wish to establish a presidential regime directly answering to voters mainly stems from this interesting and important evolution of Turkish society.
Last Update: May 02, 2015 12:20 pm
RELATED TOPICS