Iran on the road again 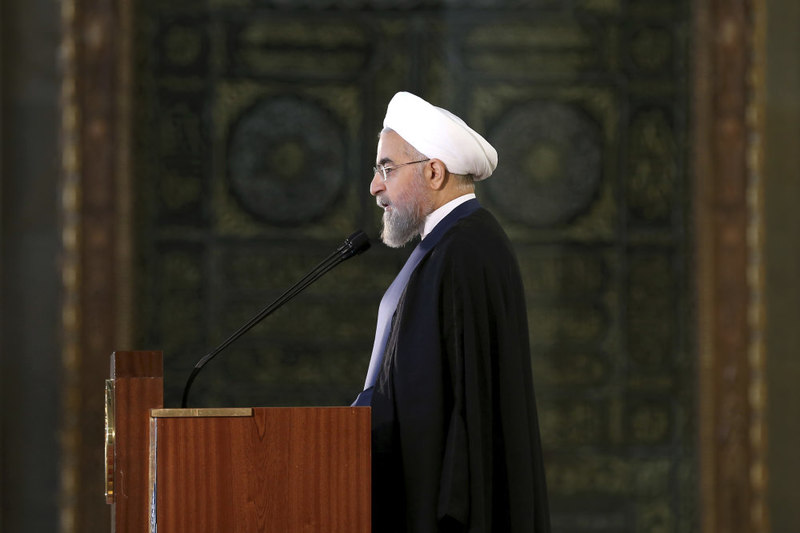 Iran's President Hassan Rouhani addresses the nation in a televised speech minutes after a landmark nuclear agreement was announced in Vienna.
by Tulu Gümüştekin Jul 16, 2015 12:00 am

The Vienna compromise is a major achievement of U.S. policy, in so far as it had to deal with both Russia and China, while trying to appease the Tea Party at home and Israel abroad

After an umpteenth round of meetings, after marathon talks between the most powerful states in the world, Iran has succeeded in coming up with a solution regarding its nuclear policy. Not only has Iran succeeded in opening a wide perspective for the lifting of sanctions, it has also created a face-saving situation in which the talks were rendered so arduous that in the end, Iran looked as if it had not totally surrendered to Western ultimatums. The Vienna compromise, as we perhaps should start to call it, is a major achievement of U.S. policy, in so far as it had to deal with both Russia and China, while trying to appease the Tea Party at home and Israel abroad. It should also be mentioned that Turkey, together with Brazil, played a very important role by showing that a political solution was almost at hand back in 2009-2010. Now that this episode has largely been forgotten, it is worth remembering that Turkey's external policy has not at all been in vain as some would like to depict.

Is a totally new era beginning? Will Iran be coming back into mainstream international politics in a short while? The situation might be a little more complicated than this. First, there is a barely hidden diplomatic war between Netanyahu's Israel and the Obama administration. Netanyahu's hawkish policies are vehemently supported by the Republicans. But President Obama has already declared that if Congress refuses the deal obtained in Vienna, he would use his presidential veto to oppose such sabotage. In retaliation, the Congress can still block the deal, but it would need a two-thirds majority, which seems very unlikely. Already, Netanyahu has declared that the Vienna agreement was a gross mistake and that for his government the deal remains "null and void." But the Israeli government and the Republicans are not alone in deeply mistrusting Iran. U.S. presidential hopeful Hillary Clinton says all options, including military options, are not off the table should Iran violate the terms of a nuclear deal with the world powers. She has been using extremely harsh terms to appease public opinion in view of a possible presidential term. The former secretary of state also reassured Israeli officials over the conclusion of nuclear negotiations with Iran by declaring on PressTV, "As president, I would invite the senior Israeli leadership to Washington for early talks on further strengthening our alliance."

On the other hand, Ayatollah Khamenei, the "supreme guide," the real holder of power in Iran, who has been unusually silent for some time, unleashed one of his harshest diatribes against the U.S. just before wrapping up the agreement. He would be better advised if the attacks against the U.S. were toned down because Mohammad Javad Zarif, the foreign affairs minister, has received an immensely vivid and exuberant welcome by tens of thousands of people, depicting him as a "hero." A covert but very dangerous tension exists in Iranian society where, in the absence of democratic instruments, the majority cannot replace the ruling corrupt minority.

The Iranian regime is extremely well organized within society and the armed forces are split in two, which is very reminiscent of the Wehrmacht and the SS. Political parties are non-existent, even the Islamic Party is not a real party organization, but the corporations and the Pasdaran are powerful. Such an oppressive regime cannot really be sustainable unless it delivers, like in China. And that is the Achilles' heel of Iranian politics. The regime cannot deliver because of the embargo. It had to surmount the situation, and it did it rather dexterously. Now will the real masters of the regime allow a semblance of democratic functioning at home? Nothing is less evident. We have to see and survey carefully what Iran will do in coming weeks and months.
RELATED TOPICS