Time to speak about the scandal 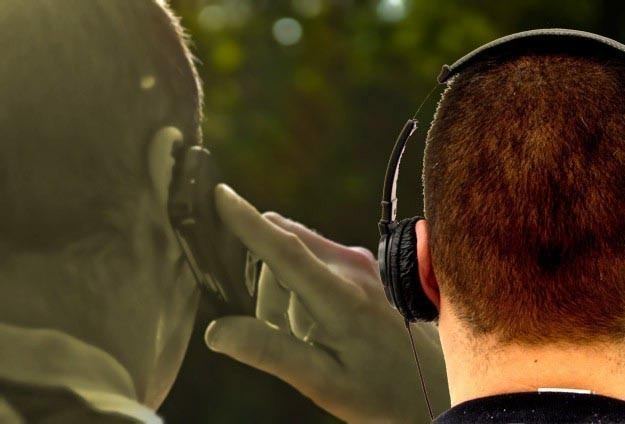 7,000 people illegally wiretapped and monitored, albeit with a court decision, is only the tip of the iceberg

This is truly a tragicomic situation; there is nothing funny about being a victim of illegal wiretappings in Turkey. Soon, the numbers will be announced for all of us to see.

It will be openly revealed how people from all kinds of backgrounds -journalists, politicians, bureaucrats, businessmen and opinion shapers have been illegally wiretapped and monitored, albeit with a court decision.

A scandal recently broke revealing the wiretapping of 7,000 people. The scandal is only the tip of the iceberg, however. When looking offstage, it becomes clear that 7,000 people will be a mere drop in the bucket compared to the real numbers.

I am basing my statements on an investigation made by Turkey's telecommunications authority (TİB), which is the center of legal monitoring.

After the Dec. 17 operation, known as the "Judicial Coup," it was revealed that a parallel structure linked to the Gülen Movement had been monitoring conversations through unlawful court decisions. Since then, TİB, which is under the influence of the parallel structure, has been put under the microscope.

TİB was created in 2006 for the purpose of cleaning up wiretappings, preventing telecommunications abuse and ensuring a safer country by protecting the privacy of Turkish citizens.

According to this system, TİB was supposed to be the epicenter of all judicial and informative monitoring, and it was. Since 2006, intelligence services and the police force have had to go through TİB for monitoring. In this way, TİB has been able to control who is monitoring who with which court ruling, and for how long.

On paper, this system may have appeared successful, however it was not subject to inspections and Turkey was left at the mercy of TİB employees. Since its establishment, TİB has only once been inspected by the State Supervisory Council.

The Inspection Board of the Prime Minister's Office, known for its inspections of the Susurluk scandal and the Hrant Dink murder, initiated the first comprehensive inspection of TİB after the wiretapping scandal broke. The inspection investigates all monitoring performed within the last three years in order to determine illegal wiretappings. The investigation will also assess the recruitment procedures of TİB's informatics infrastructure to check for any deviating relationships with other companies.

Initial findings show it's not only the state's privacy that has been violated, but also that of regular citizens. National security has been harmed too. The fact that this matter was laid on the table during the National Security Council's meeting last week is connected to the surfacing of this information.

There are two parameters that reflect on those in the know: All digital data prior to 2012, meaning the wiretappings, have been erased. It can be inferred that someone has used public resources to monitor a great number of people, and then taken off with those recordings. This is a direct crime. It is implied that the wiretappings published on the Internet every other day have something to do with the erased files.

The second parameter regards the number of people: Inspectors are trying to determine exactly how many people have been monitored through TİB. A source states that 1.5 million recordings, including duplicates, have been made within the last three years. It might not sound credible, but this is not an impossible feat for someone who has illegally monitored 7,000 people in a single case. We will see just how big of a scandal it is when the inspection is complete.