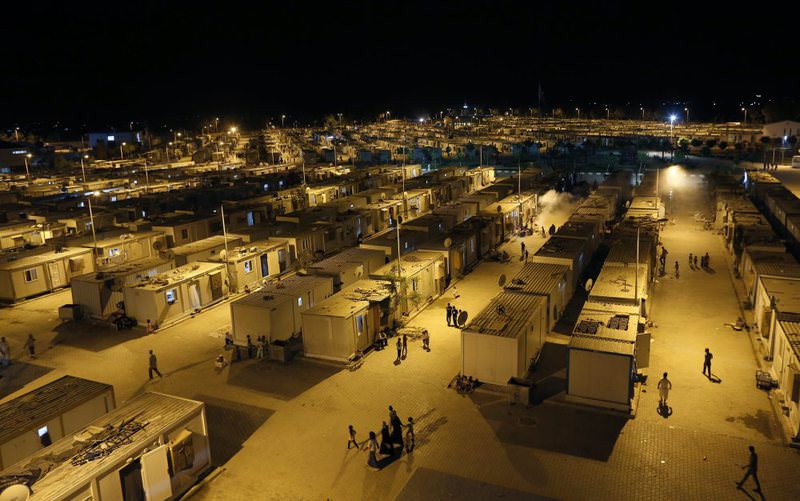 When compared to the $7.6 billion Turkey has expended on its refugee camps, the $1.12 billion aid promised by EU leaders to Turkey for these camps is quite absurd.
by Yahya Bostan Sep 28, 2015 12:00 am

The U.S.'s Syrian policy, containing nothing but its regional interests, and Russia's deep political and military support for the Assad regime, prepare the ultimate condition for the continuation of the Syrian civil war

After more than four years of inconclusive clashes, all players are trying to break the deadlock on their own terms. In recent weeks, the moderate rebels have captured Idlib and Jisr ash-Shughur to clear the path to Latakia. In the meantime, Turkey's case for an Islamic State of Iraq and al-Sham (ISIS)-free zone in northern Syria has gained popularity: The Turkish government has authorized the Coalition to use the İncirlik military base and, with Syrian refugees penetrating Fortress Europe, the international community has become more vocal about the need to enforce a no-fly zone in Syria.

In response to the most recent developments, Syrian leader Bashar Assad, who recently complained about the lack of new recruits to his army, handed over the battlefield to Iran and, as a last resort, proposed a plan to divide Syria. The plan, if implemented, will carve out a regime-controlled territory covering Damascus, Latakia, Tartus, Hama and Homs - a country that Turkish President Recep Tayyip Erdoğan recently called "a boutique Syria." In order to secure his share of the country, Assad struck a deal with Russia to deploy additional troops to western Syria. As part of the agreement, a new Russian military base near Tartus was unveiled earlier this month and promptly surrounded by anti-aircraft weapons. The Kremlin, furthermore, stationed a large fleet of war planes in the new base, which have started conducting reconnaissance flights. Although Russian diplomats like to present President Vladimir Putin's latest move as a sign of Russia's interest in fighting ISIS, what the country's growing military presence in Syria means is that the international community and the moderate rebels both need to go through Moscow to make a difference.

As a Daily Sabah columnist, Burhanettin Duran, recently argued, Russia's deeper involvement in the Syrian civil war will inevitably have regional implications. Moscow's most recent steps have turned the tables on Washington by making sure that any player would have to negotiate with the Kremlin, in addition to the United States, before making a move.

The obvious question, of course, is why Washington has kept silent about such a serious challenge in the Middle East. There are competing interpretations of the current situation: According to some experts in the Turkish capital, Washington's indifference to the developments in Syria is indicative of President Barack Obama's broader lack of interest in long-term issues. "He's probably more involved in designing his presidential library than Syria," decision makers are jokingly commenting in the back rooms. "For Obama, Syria is the next guy's problem."

Others argue that Washington is simply trying to avoid the worst-case scenario, an ISIS invasion of Damascus, by letting the Kremlin stockpile weapons in regime-held areas. Preventing ISIS's southward march, without a doubt, remains a key national security concern for Israel, which, experts claim, has conveniently ignored Moscow's latest moves. An additional benefit, a Turkish analyst argued, was that the Russian military presence could balance out Iran's growing influence.

Could Washington serve the same role in the moderate rebels' campaign? Theoretically, yes. But the main problem is that the opposition won't be able to undermine the Russian forces.

Another issue for the Obama administration is that Turkey would score valuable points in the region if the rebels prove successful. As such, Washington rather opts for a stronger Russian presence in the region while supporting the Democratic Union Party (PYD), which Ankara views as a terrorist organization, in northern Syria. Moving forward, the United States apparently wants to partner with the Syrian Kurds if the country ends up in pieces.

In light of the most recent developments, Turkish President Erdoğan paid a surprise visit to President Putin last week. With new alliances being formed on the ground, all eyes remain on Ankara. When Erdoğan told reporters that Assad might be involved in the transition while pointing out that "where the opposition stands remains key," experts jumped to the conclusion that Turkey, a vocal opponent of the regime, was preparing to modify its Syria policy. The following day, the Turkish president openly denied the claims.

In truth, Erdoğan's statement had more to do with Russia than his own country. In recent weeks, the Kremlin has taken steps to deploy additional troops to Syria to safeguard regime-held positions while proposing a new road map involving Assad in the transition government. In response, Ankara requested additional details from Moscow to figure out how long the transition government would remain in power and when Assad would resign. Over the next weeks, another statement by the Turkish president will be important to bear in mind: "Nobody sees Assad in Syria's future."
Last Update: Sep 28, 2015 2:31 am
RELATED TOPICS