How did PKK get its hands on MANPADS? 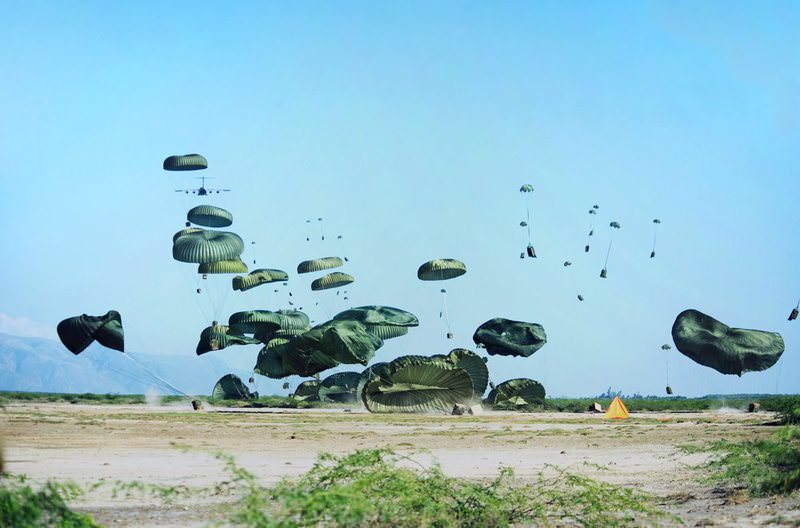 Unless one of Turkey's NATO allies gave the PKK surface-to-air missiles, Iran or Russia just posed an indirect challenge to Ankara's air power at home

Speaking at the 10th Balkan Countries Chiefs of Defense Conference last week, President Recep Tayyip Erdoğan argued that weapons delivered by the international counter-DAESH coalition to Syria ended up in the hands of DAESH as well as the PKK and the Democratic Union Party (PYD). The next day, Murat Çelik, the Ankara bureau chief for Vatan newspaper, claimed that PKK militants had obtained long-range missiles and rockets through their proxy, the PYD, in northern Syria.

Since the Syrian civil war began, the United States, which Turkey considers a close ally, took a series of misguided steps to escalate the conflict. Focusing exclusively on fighting DAESH, the Obama administration indirectly supported a terrorist organization that has been killing Turkish citizens for three decades. The problem, however, is bigger than Washington's crush on the PYD. It became clear that PKK-PYD militants have obtained weapons that they supposedly haven't received from the United States.

The PKK's ability to purchase a rare, next-generation weapon has repercussions beyond Turkey's national security, because this means that an unknown country effectively armed PKK militants with military equipment capable of inflicting maximum damage to security forces.

To be clear, this isn't just an alliance of convenience. It's an act of war against Turkey.

It remains unclear which country supplied MANPADS to the PKK, a globally recognized terrorist organization. But it's not impossible to make an educated guess.

Only 32 countries around the world have the IGLA-1 system in their arsenals. Unless a fellow NATO member equipped PKK militants with a deadly weapon to strongarm Turkey into renewed talks with terrorists, the list of potential suspects shrinks to two: Moscow and Tehran.

Turkey has been trying to maintain good relations with Iran despite major differences of opinion over the future of Syria. It's a thinly veiled secret that Iran has been quietly supporting the PKK, but it's unlikely that Tehran would risk facing a major backlash by giving the terrorists surface-to-air missiles.

Meanwhile, Turkey and Russia have been going through a difficult period due to the downing of a Russian military jet over repeated violations of Turkish airspace. Some people in Turkey are wondering whether the Russians would take such an extreme step to settle a score. Keeping in mind that even the moderate rebels have been denied MANPADS by the coalition, the question of Moscow giving a terrorist organization that exclusively targets Turkey, a NATO ally, such a deadly weapon is an interesting one. If true, the situation will likely escalate quickly.

At this point, it remains unclear how many surface-to-air missiles PKK militants have obtained. However, it is quite clear that the terrorists are capable of targeting Turkish helicopters. Airstrikes, after all, have been minimizing Turkish casualties while maximizing the damage inflicted on the PKK. In this sense, the PKK's new weapons might have a negative short-term effect on Turkey's air power. The obvious answer to this challenge will be to use armed drones in counter-terrorism operations.
RELATED TOPICS