Turkey: A giant leap toward presidentialism 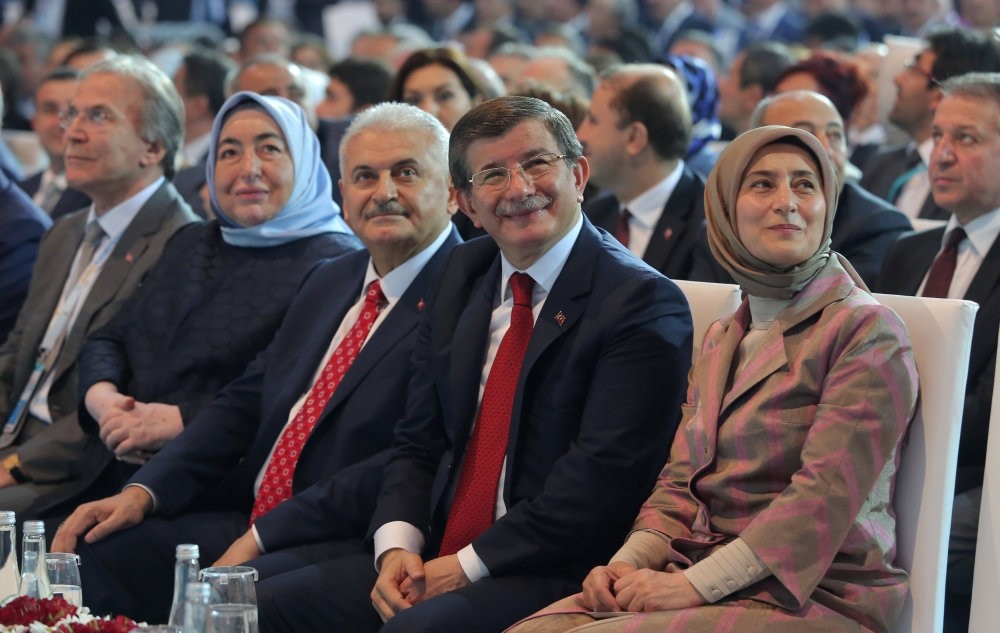 In recent years, Turkey's potential transition to a presidential system of government has been part of the public debate. On Sunday, the ruling Justice and Development Party's (AK Party) recently elected chairman, Binali Yıldırım, reiterated his support for a presidential system and pledged to take the necessary steps to implement constitutional changes.

Around the same time, Nurettin Canikli, an AK Party whip and prominent politician, told reporters that the party would seek Parliament's support for "a partisan presidency" - an amendment to Article 101 of the 1982 Constitution that stipulates that the president cannot be affiliated to any political party.

Last week, AK Party Spokesman Ömer Çelik responded to a question about Canikli's statements by arguing that his party had not changed its policy on the presidential system and would continue to work on constitutional arrangements to change the system of government.

Although the three statements understandably seem to contradict each other, they are in fact pieces of the same puzzle.

By seeking to allow the president to maintain his party affiliation, the AK Party isn't backtracking on the presidential system of government. Instead, this effort represents a temporary step to prevent a reversal toward parliamentarianism and resolve the political system's current deadlock with an eye on a permanent solution.

Moving forward, the AK Party leadership will continue calling for the adoption of a new constitution, which would identify Turkey's system of government as presidential. The ruling party is neither turning back nor having second thoughts on this issue. However, the main problem is that the AK Party doesn't control enough seats in Parliament to single-handedly amend the constitution. While 367 votes in favor are necessary to amend the constitution, the AK Party has 316 votes. Furthermore, the ruling party doesn't even have enough votes to call for a constitutional referendum - which requires 330 votes in favor.

Keeping this fact in mind, the AK Party has a handful of options:

1. They could submit a draft constitution, including a transition to presidentialism, to Parliament - which would never make it to the floor due to the practical impossibility of four parties reaching a consensus over the constitution. The Republican People's Party (CHP), for instance, tends to disagree with the Nationalist Movement Party (MHP) on a number of issues. Likewise, the MHP expressed reservations about CHP-backed clauses in the past. To avoid another deadlock, the AK Party leadership might provide Parliament with a complete draft, but it would eventually have to call for early elections to move forward. According to pollsters, the AK Party maintains over 50 percent of public support at this time, with the MHP and Peoples' Democratic Party (HDP) still below the 10-percent threshold. If early elections were held, the AK Party could hypothetically end up with a super-majority in Parliament and draft the country's new constitutions without outside support. But neither the party leadership nor the president seem interested in a snap election - at least for the time being.

2. The government might postpone the transition to the presidential system until after the 2019 parliamentary election and focus on other issues for the rest of the current term. To be clear, this option would pose a greater challenge to the AK Party than others, because the problem of dual legitimacy already proved capable of creating large enough problems that caused Ahmet Davutoğlu's departure.

3. The AK Party leadership might keep working on the presidential system but, pending concrete action, try to find a temporary solution. Hence the plan to allow the president to be politically affiliated.

According to senior party officials, there are two options on the table right now: The AK Party will either abolish the Constitution's non-affiliation clause or change the president's definition from "head of state" to "head of state and the executive branch."

Over the next few weeks, the ruling party aims to accomplish two goals by calling for new constitutional amendments.

1. They want to redefine the relationship between the president, to whom the Constitution refers to as head of state, with party politics. In other words, they would like to legally acknowledge the president's de facto involvement in the political process.

2. At the same time, they would like to identify the president as the head of state and the executive branch to avoid the problem of dual legitimacy. If the motion passes, the president will have the final say in disagreements over policy with the executive.

3. Finally, letting the president be affiliated with a political party represents a concrete step toward the presidential system.
Last Update: May 24, 2016 1:50 am
RELATED TOPICS