The age of the troll president 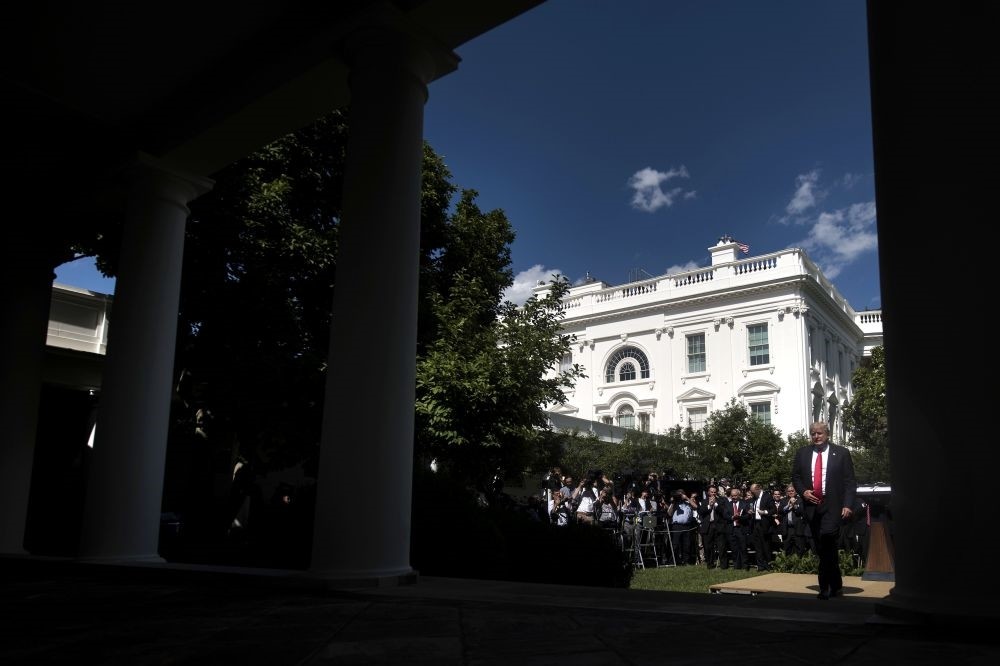 U.S. President Donald Trump leaving after announcing the decision to withdraw the U.S. from the Paris climate agreement in the Rose Garden of the White House in Washington, D.C. on Thursday.
by Yahya Bostan Jun 03, 2017 12:00 am

Never before has social media been so influential in our everyday lives. Social media can affect social change and benefit communities in many other ways. If the footage of a woman being assaulted on the street is posted on social media, it can make a real difference in the fight against domestic abuse. Likewise, throughout the Syrian civil war, social media platforms have been an important source of information for the global community. The images that Bana Alabed, a young Syrian girl, posted on Twitter during the siege of Aleppo remains etched in our memories.

Unfortunately, social media isn't pure good. It can be used to cover up the truth or spread false information and fake news over the Internet. At times, social media can undermine the work of print and visual media by misleading the public due to a lack of editorial standards. Although governments around the world have been trying to curb the spread of fake news, anarchy continues to rule social media. The German government, for instance, proposed that a center to fight fake news and misinformation be established under the prime ministry. But such measures are unlikely to address the problem at hand.

U.S. President Donald Trump has been a vocal critic of social and mainstream media for allegedly spreading fake news about himself and his administration. In the past, Mr. Trump responded to false allegations by using the hashtag #fakeNews – only to fall in the same trap. At the end of the day, the real problem is that social media is an addictive medium that many people consider the easiest way to access information and reach the masses. Obviously, being just one click away from voters can be a problem if you happen to run a country. After all, it can be more difficult to fix your mistakes on social media than to delete a tweet. The same rule goes for all world leaders, not just Mr. Trump.

Before I explain why I wanted to discuss the relationship between social media and politics, let me briefly refresh your memory about the recent state of Washington's relationship with the European Union.

Political analysts and policy makers around the world expected the Trump presidency to redefine America's relationship with the European Union, the United Nations and NATO. In particular, Mr. Trump had been openly critical of NATO on the campaign trail and suggested that NATO allies needed to pull their weight. Nowadays, his relationship with Brussels is hardly better. German Chancellor Angela Merkel recently sent shockwaves through Europe by announcing that Europeans needed to take their destiny into their own hands. After meeting with Mr. Trump at the NATO summit in Belgium and the G7 meeting in Italy, Mrs. Merkel took a jab at Britain and the United States – which, she argued, were no longer reliable. For the first time in recent memory, a European leader was so clear about her frustration with Washington.

Then Mr. Trump dealt another blow to U.S.-EU relations by announcing that he would withdraw from the Paris Agreement on climate change – which wasn't exactly his most popular decision to date. To be clear, many Americans were disappointed that the Trump administration reversed Washington's policy on climate change. Some argued that the U.S. was no longer leading the world. Others vented on Twitter. Meanwhile, Mr. Trump's controversial decision sparked outrage in Europe, as Germany, Italy and France issued a joint declaration to condemn Washington's withdrawal from the agreement. Why the statement was issued by three national governments as opposed to the European Union remains unclear.

Things, then, took an interesting turn as world leaders engaged in a war of words over social media. Making a wordplay on Mr. Trump's campaign slogan, Make America Great Again, French president Emmanuel Macron tweeted an image calling on everyone to "make our planet great again." There was no mention of the U.S. President, but it was pretty clear where Mr. Macron was going with his message. A few hours later, Mr. Trump responded by tweeting "MAKE AMERICA GREAT AGAIN" – all in capital letters. The messages looked more like teenagers posting messages on an online forum rather than two politicians arguing on a policy issue.

This is the world we live in today: Diplomacy takes place on social media, which plays an ever-bigger role in international relations. What an academic paper it would make!