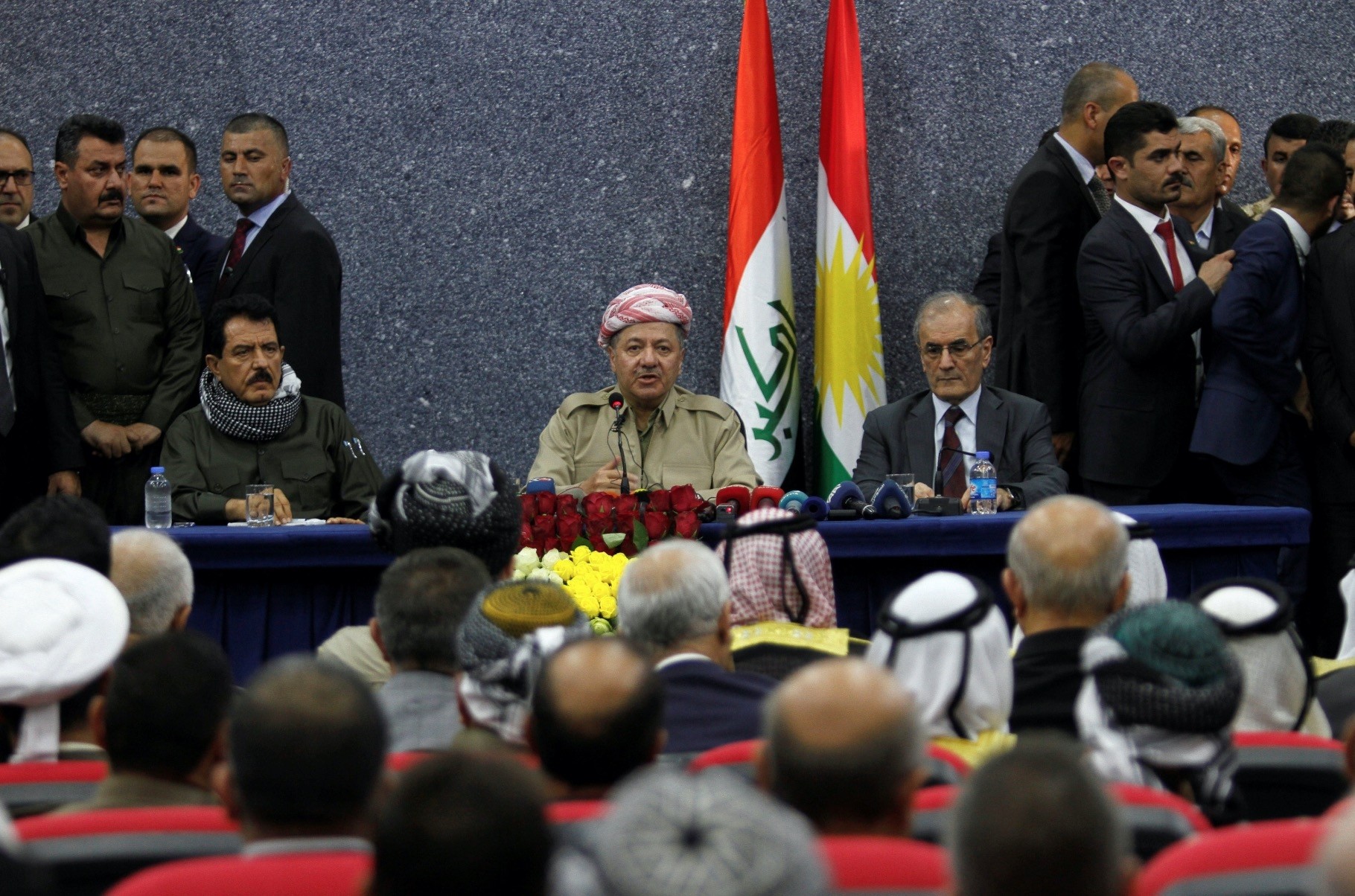 In order not to lead to another conflict in the region, Mr. Barzani should give up his reckless insistence on an independence referendum

Kurdistan Regional Government (KRG) President Masoud Barzani refuses to call off a controversial independence referendum despite clear warnings from regional powers, including Turkey, and veiled recommendations from the United States and the European Union. On Sept. 25, he desperately wants to hold a vote to turn northern Iraq into an independent administration. Mr. Barzani had recently announced that officials from the United States, the European Union and the United Nations had failed to make an offer that would merit the cancelation of this month's referendum. According to some media outlets, the Iraqi Kurdish leader had been offered some type of confederalism - which he turned down to push for independence. Legally speaking, nothing will actually change since Iraq's Parliament already declared the vote to be unconstitutional and invalid. However, rising tensions in the region could trigger new political and military developments with the potential to place Turkey's interests at risk.

If the Sept. 26 referendum passes, the worst-case scenario will be a military confrontation between Irbil and Baghdad. To be clear, it is hard to miss the signs of an impending conflict. To make matters worse, it would appear that the two armies will battle over Kirkuk. Early signs include a military buildup by Baghdad and the Hashd al-Shaabi forces just south of the city. At the same time, Shiite groups protested Mr. Barzani's decision in several towns outside of Kirkuk - to which Irbil responded by dispatching peshmerga forces to the city. Finally, Iraqi Prime Minister Haider al-Abadi warned that his government was prepared to take military action.

Provided Irbil and Baghdad clash over Kirkuk, whether Mr. Barzani stands a chance against the Iranian-backed Iraqi army and the Hashd al-Shaabi forces remains an important question. As such, the most prominent outcome of Irbil's push for independence could be Kirkuk's takeover by the Iraqi military and Shiite militias - which would mean that yet another major Iraqi city would find itself under Iranian influence. Of course, Kirkuk isn't just important for Irbil and Baghdad. In light of past agreements and their historical/cultural ties to the city, the Turks deeply care about the future of Kirkuk. If the city's legal status changes, Turkey would become directly involved in the situation. Simply put, the situation in Kirkuk is seen by Turkey as a matter of national security and Mr. Barzani's reckless decision has raised deep concerns in the Turkish capital Ankara.

Kirkuk's takeover by Iranian-backed forces, to be clear, would not be the independence referendum's sole outcome. Under the circumstances, Mr. Barzani might end up losing his seat because of a referendum with no legal standing - which would hand over the KRG to Iranian-backed groups on a silver platter and distance Irbil from Turkey. Needless to say, such developments could place Turkey's diplomatic, political and military presence in northern Iraq at risk.

It is necessary to highlight the following facts: Ankara considers Masoud Barzani an ally rather than a threat against its interests. It is therefore that Turkey's criticism toward the upcoming referendum has been limited to Irbil's push for independence - as opposed to the legitimacy of Mr. Barzani or his government. However, the Iraqi Kurdish leader's irresponsible actions place Turkish interests, along with his political future, at risk. Keeping in mind the obvious problems with his bid for independence, Mr. Barzani must backtrack on his decision, which reflects his lack of experience, without further delay.