How to repair Turkish-US relations 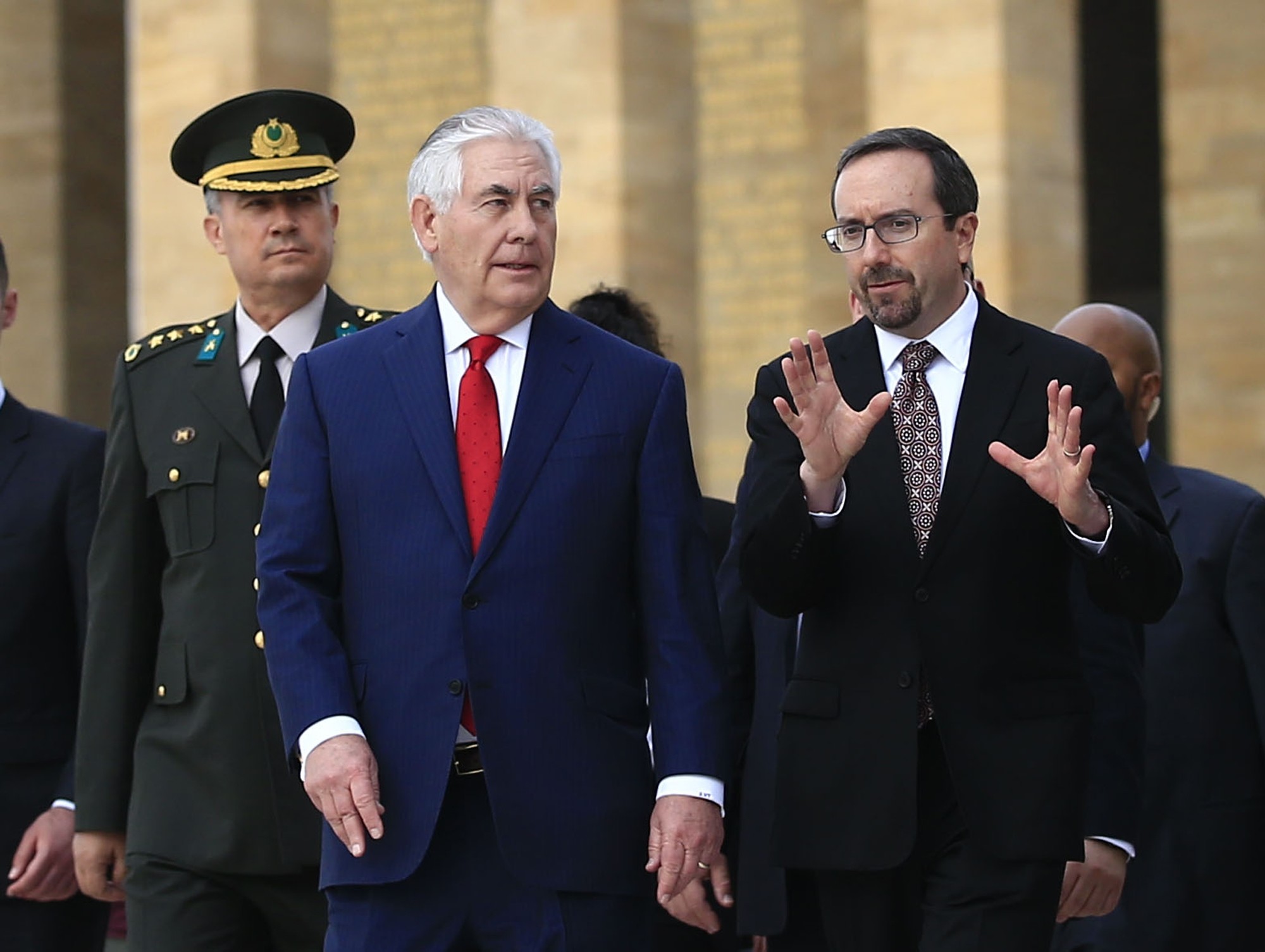 Turkey-U.S. relations just hit their lowest point in the last 40 years, as Turkish authorities arrested Metin Topuz, an employee of the U.S. Consulate in Istanbul, over his links to Gülenist Terror Group (FETÖ) terrorists. In response to the arrest, the U.S. Embassy announced that it would suspend non-immigrant visa services in Turkey, which Turks matched by suspending non-immigrant visa services in the United States in line with the principle of reciprocity.

As Daily Sabah repeatedly pointed out over the past week, U.S. Ambassador John Bass, who is leaving Turkey for Afghanistan, played a huge role in the crisis by misleading Washington and paving the way for a confrontation between the two countries. In doing so, the outgoing U.S. ambassador did a historic disservice to his country's relations with Turkey, a key NATO ally. It would be unfair, however, to put all of the blame on (now former) Ambassador Bass. In recent years, Turkey-U.S. relations have faced greater challenges than ever before. The arrest of Topuz, whom Turkey accuses of having links to FETÖ, merely caused a large amount of energy that had been building up to be released at once. In other words, the diplomatic spat between Ankara and Washington is about something much bigger than Bass and Topuz.

It is possible to argue that the two countries pulled the handbrake to ensure that relations would not further deteriorate. Following a phone call between Foreign Minister Mevlüt Çavuşoğlu and his American counterpart Rex Tillerson, a delegation of U.S. officials arrived in the Turkish capital to discuss the visa issue. In light of the most recent developments, it is likely that the disagreement will be resolved shortly, and the relationship will continue uninterrupted. Even if non-immigrant visa services resume, however, Turkey-U.S. relations will continue to face hardship. In other words, until the core problems, which cause friction between the two countries on a regular basis, are solved, the relationship will remain fragile and prone to crises. If Washington and Ankara truly care about their partnership, they must develop a new perspective to ease tensions instead of putting Band-Aids on bullet wounds.

To be clear, the reason why Turkey's relations with the United States ended up here was nothing but the way U.S. officials have been trying to engage Turks. Make no mistake: Washington's efforts to treat Turkey within the framework of the Cold War remain the heaviest burden on the shoulders of bilateral relations. Today, the U.S. Department of State considers Turkey not as a partner but an outpost that is obliged to serve American interests. More often than not, U.S. officials seem to forget that Turkey is a nation-state with a long history that looks out for its own interests and develops unique perspectives regarding regional issues. As such, Washington demands that Turks serve American interests instead of maximizing their own. It is this obsolete approach that compels the relationship to fail.

Whether the Americans like it or not, Turks will continue to look out for their best interests in the Middle East and elsewhere. Ankara won't stop criticizing the United States for sending 3,500 truckloads of weapons to the People's Protection Units (YPG), the PKK's Syrian branch. Nor will the Turkish government stop doing everything in its power to prevent the creation of a terror corridor across its southern border. Some Western media outlets warn that President Recep Tayyip Erdoğan is determined to take necessary steps. The same implication can be found in statements by certain Western leaders. Unfortunately, they seem unable to acknowledge the facts on the ground. The Turkish people, not just their president, are frustrated with Washington's decision to sponsor PKK terrorists.

The same goes for America's continued support for FETÖ. To nobody's surprise, the vast majority of Turks believe that Washington was complicit in the July 15 coup attempt due to the U.S. government's unwillingness to extradite Fetullah Gülen to Turkey, which, one could argue, amounts to harboring a known terrorist. To make matters worse, a large number of senior FETÖ leaders have escaped to the United States - apparently because they see America as a safe haven. When asked by Turkish officials to extradite Gülen, Washington argues that there is not enough proof to warrant the extradition of the failed coup's mastermind. Ironically, the U.S. indeed has all the evidence necessary. Just a few weeks ago, the U.S. shared with Turkey a key piece of evidence against Kemal Batmaz, a known Gülenist who was caught near the July 15 coup attempt's headquarters outside the Turkish capital Ankara. It turned out that Batmaz had told the Department of Homeland Security in January 2016 that he would stay at Gülen's residence during his stay in the United States. That the U.S. government refuses to take action despite mounting evidence against Gülen, of course, leads many Turks to believe that Washington supported the failed coup.

Put yourself in the shoes of Turkish officials: The United States has been arming the PKK terrorists and harboring Gülen, who is responsible for the deaths of 250 innocent people. Under the circumstances, would you say that Turkey-U.S. relations could be fully repaired even if the Americans decide to issue non-immigrant visas again?