Turkey, US could cooperate more closely after Afrin operation 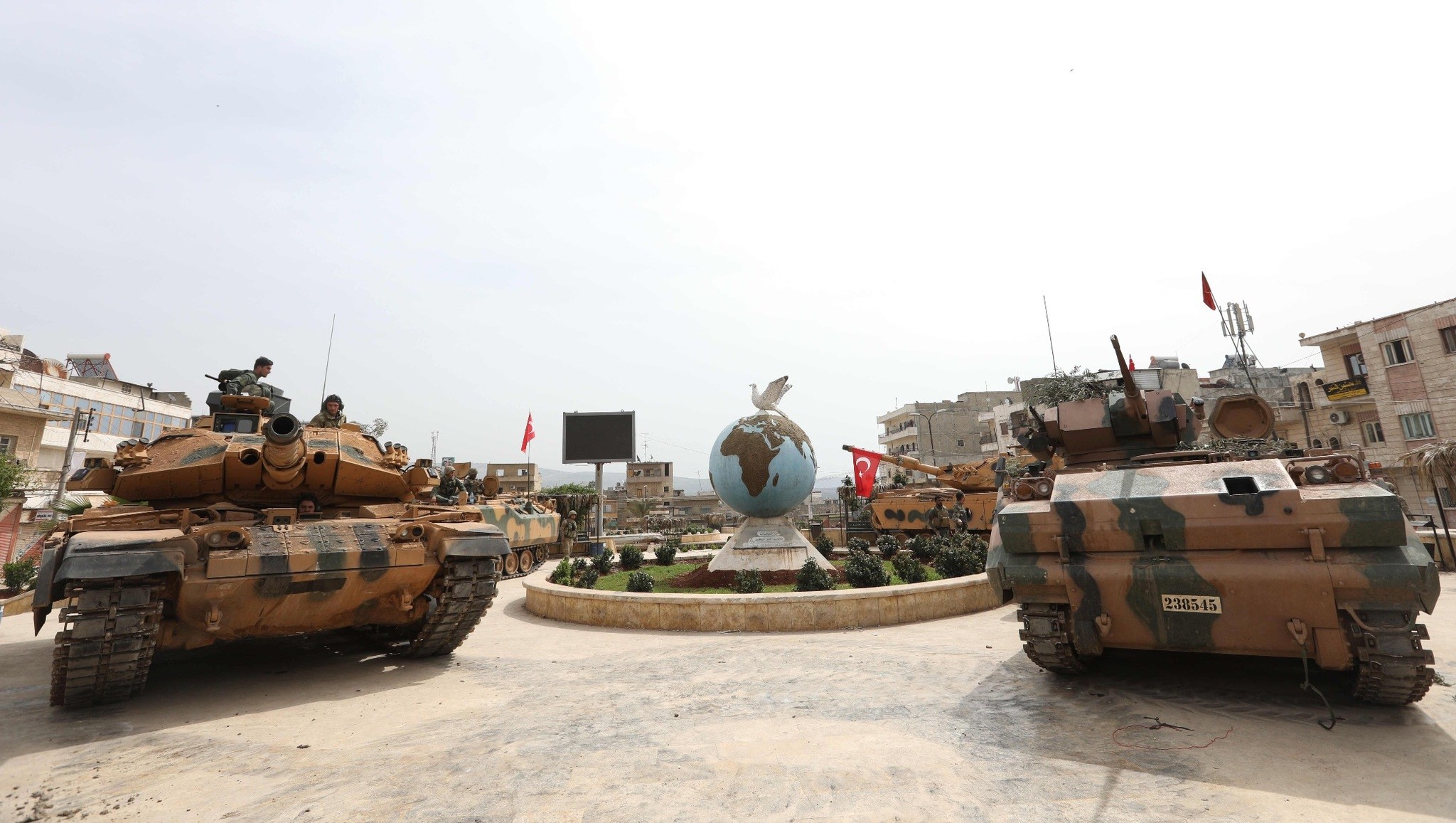 Turkish soldiers gather in the city of Afrin in northwestern Syria after liberating it from the PKK-affiliated terrorist group, the YPG, March 18. (AFP Photo)
by Yahya Bostan Mar 19, 2018 12:00 am

With the liberation of Afrin, the Manbij talks between Turkey and the U.S. are a good opportunity for the two allies to revive their cooperation in the region

When Turkey launched Operation Olive Branch against members of the PKK-affiliated People's Protection Units (YPG) in Afrin, Turkish officials made it clear that Manbij was going to be next. Although those statements fueled tensions between Turkey and the United States, the two NATO allies held talks on Manbij and reportedly made some progress to resolve their differences. The issue was discussed at length during former U.S. Secretary of State Rex Tillerson's visit to the Turkish capital Ankara, where the Turks proposed a plan, under which PKK/YPG militants would leave the area and Ankara and Washington would jointly ensure the city's safety. Subsequently, a trilateral mechanism was established and, according to Turkish Foreign Minister Mevlüt Çavuşoğlu, Turkey and the U.S. had reached an agreement on Manbij. The final round of talks were going to take place between Çavuşoğlu and Tillerson. To be clear, those developments raised hopes in Ankara that it was finally going to repair its relationship with Washington.

Over the past weeks, two important developments took place: First, Secretary of State Tillerson was sacked to be replaced by CIA Director Mike Pompeo. In light of this change in personnel, the Manbij talks were postponed and it remains unclear whether or not the Turkish foreign minister will hold talks with Pompeo in the future. Secondly, and more significantly, the Turkish Armed Forces (TSK), in cooperation with the Free Syrian Army (FSA), made quick progress against terrorist groups in northwestern Syria. On Sunday morning, FSA fighters, accompanied by the Turkish Special Forces, entered the Afrin city center. According to media reports, the terrorists showed no resistance. As such, it is safe to assume that Turkey and its allies seized control of Afrin. Of course, the terrorists might carry out attacks in the foreseeable future using hidden tunnels. However, the undeniable fact is that Turkey completed Operation Olive Branch in a relatively short amount of time without causing harm to the civilian population or urban areas.

In the wake of those two developments, the Manbij talks between Turkey and the U.S. gained additional importance. To be clear, the negotiations will determine the future of Washington's relationship with the designated terrorist organization the PKK. Operation Olive Branch established beyond any doubt that the U.S.-backed militants were nothing but a paper tiger. As such, Washington now finds itself at a crossroads in Syria.

Pompeo, who will presumably become the next U.S. secretary of state in the coming weeks, is best known as an anti-Iran hardliner. In this sense, his appointment as Washington's top diplomat suggests that the Trump administration will focus its time and energy on Iran's containment. In recent months, certain U.S. policymakers suggested that PKK/YPG militants in Syria could be used to stop Iranian expansionism. To be clear, this line of thinking was supported by Israel, Saudi Arabia and the United Arab Emirates (UAE). Operation Olive Branch, however, changed the balance of power in Syria, as Turkey made it clear that it would not ignore the threat posed by PKK/YPG terrorists in the area. Seeking to limit Iran's regional influence, the Trump administration must take Turkey's priorities into account and form new alliances in the conflict zone.

One would hope that the most recent developments will promote closer cooperation between Turkey and the U.S. in Syria. Repairing their strained relationship would serve the interests of both countries at this time.