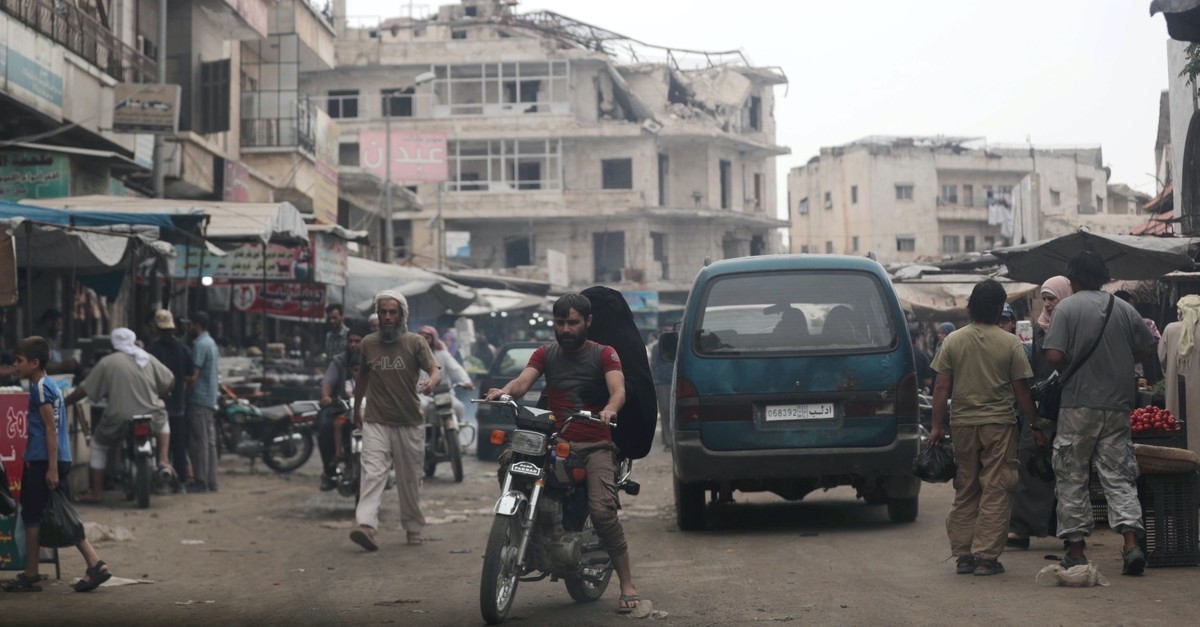 Ankara strives to pursue its strategic interests in the Middle East and the Gulf, even as the region has begun to encounter nascent tensions

It was a few minutes before the evening prayer. We were seated at an iftar table as guests of a senior member of Turkey's national security and defense establishment. Around the table I saw familiar faces. As always, we began to chat as we waited to break our fast. Soon we were talking about regional developments. Turkey's agenda is full of hot topics.

From Syria to tensions between Iran and the United States, the Eastern Med to Israel's plan to divide Palestine, and the situation in Libya to the Yemen war, the region sets the stage for many conflicts. Without exception, those issues are followed closely in Turkey. The conversation gradually moves toward those issues, as a map of Turkey's strategic interests in the region becomes clearer in my head. I will discuss some of those issues here. Turkey remains highly interested in Syria for two reasons: First, the terrorist organization PKK/YPG remains active in northern Syria. This is a serious threat for Turkey, so Turkish officials have to keep an eye on related developments at all times.

Second, there is the issue of Idlib. The Assad regime's most recent attacks challenged the joint Turkish-Russian de-conflicting zone. The Turks approached their Russian counterparts to raise this issue and demanded that Moscow step in and suspend the regime assault. It is a matter of public record that some of those attacks took place in close proximity to Turkish military outposts around Idlib. Moreover, there are 4 million people living in Idlib, a small area, which means that escalation could result in mass casualties and a new wave of illegal immigration to Turkey and the rest of Europe.The Eastern Mediterranean, too, is among Turkey's top priorities right now due to the discovery of vast natural gas resources and an attempt to exclude the Turks from the list of beneficiaries.

Under Washington's coordination, the Greek Cypriots, Greece, Israel and Egypt formed a coalition to work together in the region. Turkey opposes that effort and dispatched research and drilling vessels, accompanied by its navy, to contested territories off the coast of Cyprus. The Greek Cypriots and Greece were unsettled by these developments and Athens invited the Turks to negotiations. According to sources, a meeting between the Turkish and Greek defense ministers went well. Yet, there have been no concrete developments that Ankara finds satisfactory. A French attempt to establish a naval base in Cyprus is also being monitored closely by the Turkish leadership.

In Libya, an assault against the country's legitimate government, which is recognized by the United Nations, threatens to turn into an international effort. Two Gulf States threw their weight behind Gen. Haftar's forces by sending them weapons and ammunition in violation of a U.N. embargo. According to a source, Haftar has been busy trying to secure other countries' support as well. Restoring Libyan stability is vital to Turkish interests, as the country could contribute to regional stability and create a counterpart with which Turkey can talk about setting up special economic zones in the Eastern Med.

And what about escalating tensions between Iran and the United States, which captured the world's attention for the past month? Such tensions serve nobody's interests. Turkey knows that escalation would at minimum hurt its economy. The question is if those two nations will take military action. The U.S. and Iran have been threatening each other for four decades. In the process, they drained the entire region's energy. The current tensions strengthen the Iranian regime at home and present Washington with an opportunity to implement its regional policy, facilitate Israeli expansionism and keep the Gulf States in America's corner. In other words, both sides benefit from tensions.

Let me add that Turkey follows its own agenda rather than the agendas of others.