All eyes on Erdoğan's meeting with Trump 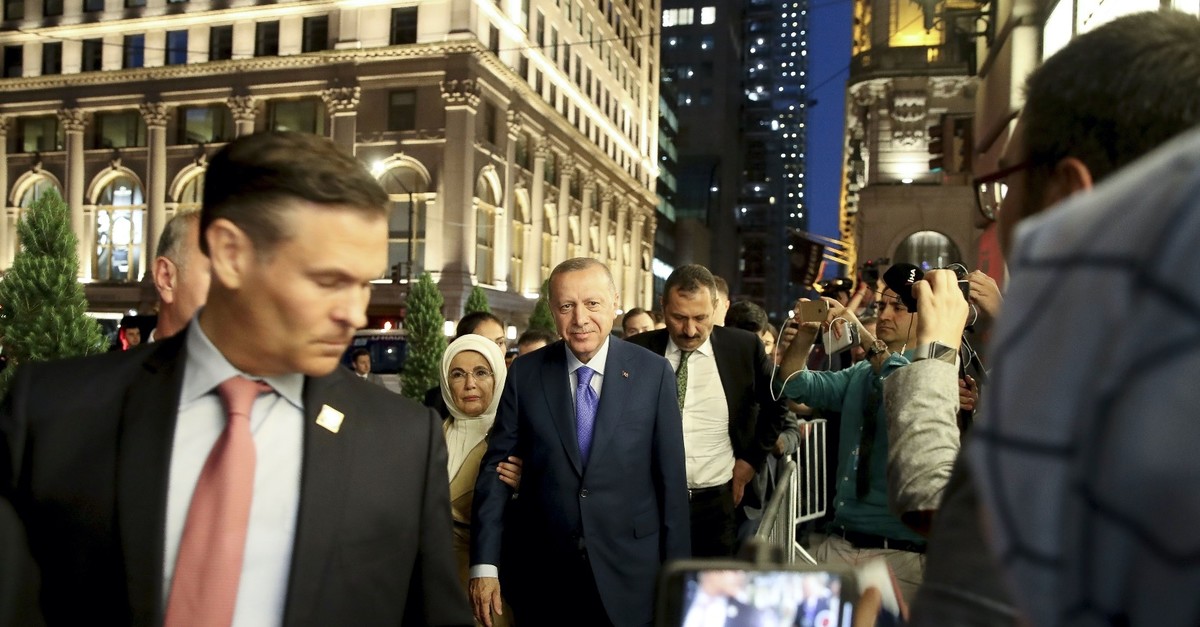 The upcoming meeting between President Erdoğan and President Trump during the annual U.N. gathering is expected to affect the two sides' inconsistent cooperation in northern Syria

World leaders are headed to New York for the United Nations General Assembly. Much is going on around the globe, yet Turkey's eyes are set on negotiations with the United States on northern Syria.

You heard it here first: Turkish and American military officials had issued a joint statement after talks, confirming their agreement to establish a safe zone in northern Syria. Turkey and the United States disagreed on the proposed safe zone's depth at the time, yet eventually shook hands on its length. Turkish President Recep Tayyip Erdoğan announced that the safe zone would be 450 kilometers long. Turkish officials, however, seemed convinced that Washington would resort to stalling tactics in an attempt to delay any potential move by Ankara to target the terrorist group PKK and its Syrian offshoot, the People's Protection Units (YPG). My readers were first to know that the Turks attached a 45-day deadline to the deal.

Things are not going great and Turkey is close to concluding that the United States is stalling Ankara. The tone of official statements alone attests to that fact. To be clear, the Turks are not wrong to get angry. Whenever Turkish and U.S. troops take joint steps regarding the safe zone, American commanders make sure to visit PKK militants, posing for pictures and infuriating the Turkish public. They do not stop there either. Washington reiterates its commitment to the safe zone and tells Turkey that YPG militants are destroying fortifications and heading south – to no avail.

After all, it is not difficult to fact check Washington's statements. To see whether U.S. military commanders were telling the truth, the public broadcaster TRT deployed drones to northern Syria and documented YPG's movements on the ground. Here's what we saw: the terrorist group's fortifications were still there. Some of the trenches were manned by armed militants. In other words, the terrorists had neither destroyed their fortifications nor moved south.

It is important to underline that the Turkish government has the capabilities to confirm the veracity of Washington's statements. In other words, Ankara, too, sees that the United States isn't keeping its promises.

The Turkish president has been saying that his administration's patience is running out. The 45-day deadline is getting closer. Stressing the importance of his upcoming meeting with U.S. President Donald Trump, Erdoğan has announced that he will make his decision upon returning from New York.

If Erdoğan and Trump shake hands on a deal, Turkey will demand the United States take necessary steps without delay. If the meeting in New York produces no agreement, the Turkish military will launch an incursion into northern Syria unilaterally. Sources say that Turkey shared its intentions with Russia and Iran during the trilateral summit in Ankara.

Turkey is thus making preparations. The military deployment is almost complete. At the same time, the Turkish authorities instructed all medical professionals in a southeastern province, which will host the potential operation's command center, not to leave their posts. Additional doctors have been deployed to the province.

Those steps are part of an ongoing effort to ensure that Erdoğan's marching orders can be implemented without delay – if indeed such orders are issued. Hence the significance of Erdoğan's meeting with Trump.