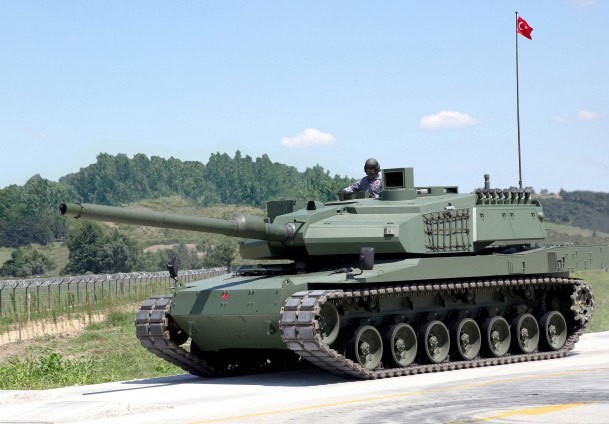 Turkish companies OTOKAR, BMC and FNSS are competing for the mass production tender for the main battle tank as the Defense Industry Undersecretariat is seeking to order 250 Altay battle tanks. OTOKAR will be displaying its Altay tank in the High Tech Port fair in November as the defense industry gathers

Turkey's Altay main battle tank, which has been developed by Koç Group subsidiary OTOKAR, will be showcased at the High Tech Port, one of the most important events in the defense and aviation sectors. The event will be held by the Independent Industrialists' and Businessmen's Association (MÜSİAD) in Istanbul from Nov. 9 to 12.

The competition for the mass production of the tank is continuing. On March 30, 2007, OTOKAR, BMC and FNSS defense and civil industry companies bid against each other during the tender, which was held by the Defense Industry Undersecretariat on the development of Altay battle tanks as part of the National Tank Production Project (MİTÜP). As a result of the tender, OTOKAR, which has vast experience and facilities specializing in armored vehicles production, undertook the design development phase of tanks. OTOKAR developed a prototype and made it ready for mass production. On Jan. 18, the company put forward a proposal to the Defense Industry Undersecretariat for commencing mass production. Now, OTOKAR, BMC and FNSS are competing for the mass production tender. The winning company will be producing 250 Altay battle tanks which will cost around $3.5 billion.

The Altay battle tank project, which has brought new technologies and abilities to the Turkish defense industry, will significantly reduce Turkey's dependency on foreign countries for defense equipment. 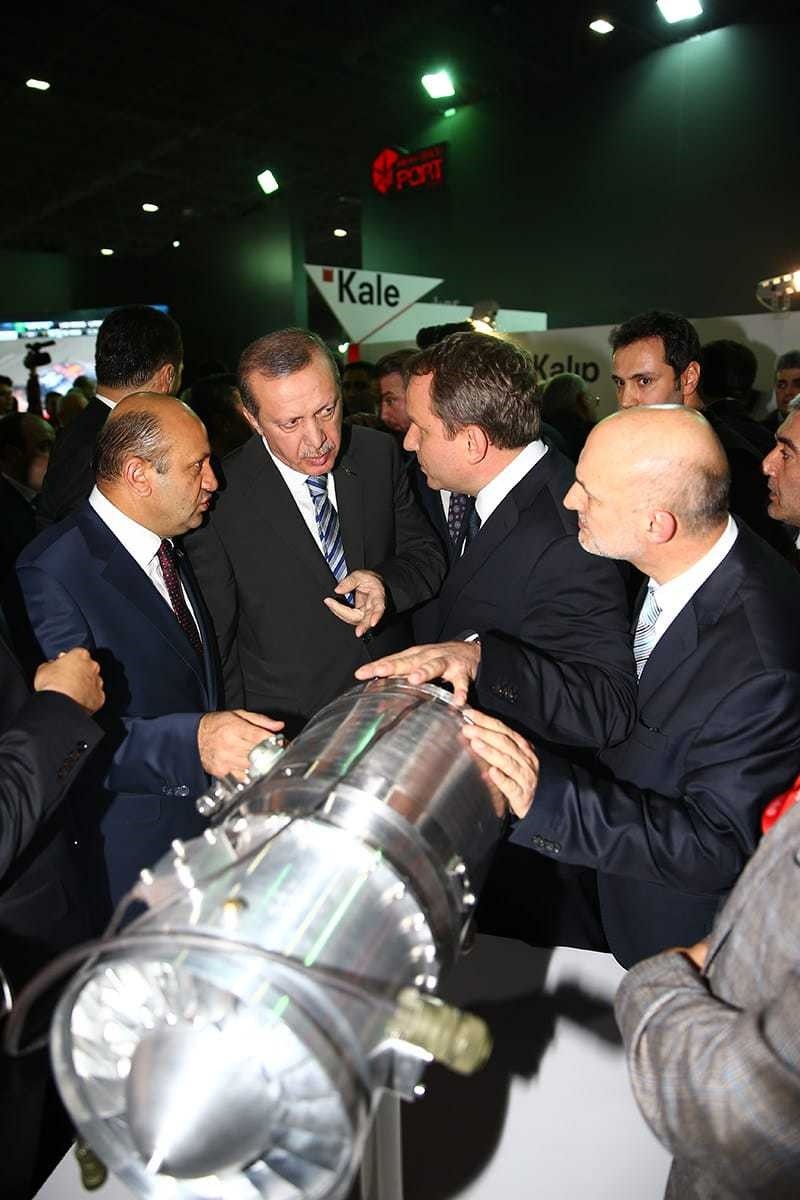 Then Prime Minister Erdoğan examines the products displayed in the 1st High Tech Port by MÜSİAD defense industry fair. He is expected to visit the third fair to be held in Istanbul from Nov. 9 to 12.

The First High Tech Port by MÜSİAD defense industry fair, the most efficient business development platform for defense industry in Turkey, was held under the auspices of President Recep Tayyip Erdoğan simultaneously with the 15th MÜSİAD EXPO fair and 18th International Business Forum Congress in Istanbul from Nov. 26 to 30, 2014. It attracted 52 heads of state and ministries from 39 countries, 7,246 businessmen from 123 countries, 746 participants and more than 35,000 visitors.

The Second High Tech Port by MÜSİAD was held under the auspices of Qatari Emir Sheikh Tamim bin Hamad al-Thani and with the support of Erdoğan in the Qatari capital of Doha from Oct. 6-8, 2015. The fair was attended by Qatari Prime Minister Abdullah bin Nasser bin Khalifa al-Thani and former Turkish Defense Minister Vecdi Gönül. The fair, which was open to Turkey and Qatar alone, was established as a business development platform for the two countries. The Second High Tech Port by MÜSİAD hosted 67 Turkish defense and aviation companies, Qatari Armed Forces, Supreme Council of Information & Communication Technology (ictQATAR), interior and economy ministries and Qatar Airways and Qatari MANATEQ Industrial Zone. The fair brought together Turkish and Qatari businessmen and helped improve bilateral trade relations in defense and aviation industries. Companies from both countries held more than 600 business negotiations in order to directly boost the exports of high tech productions with the defense industry taking the lead.

Based on these experiences and achievements, the Third High Tech Port by MÜSİAD will be held simultaneously with the 16th MÜSİAD EXPO fair at Istanbul's CNR EXPO exhibition center from Nov. 9-12. The fair aims to offer opportunities for international business development, easy access to target markets and international competition advantages to the Turkish defense and aviation industry. It is expected that more than 20 military delegations from friendly and allied countries will attend the fair where the leading Turkish defense industry companies will display their products and skills.

With the theme of "Global Power in Defense and Aviation," High Tech Port by MÜSİAD points to the necessity of making the defense industry the driving force of high technology in Turkey like many other countries in the world. The fair aims to help market Turkey's production-oriented moves in defense and aviation industries in recent years and pave the way for new cooperation in new markets. The tender for the mass production of Altay battle tanks will be one of the most topical issues during the fair.
RELATED TOPICS