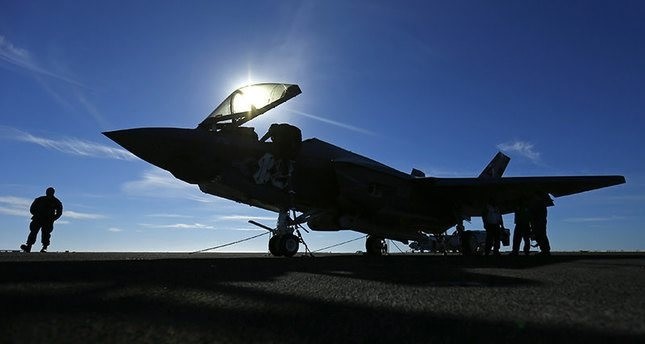 A Lockheed Martin Corp F-35C Joint Strike Fighter is shown on the deck of the USS Nimitz aircraft carrier after making the plane's first ever carrier landing using its tailhook system. (REUTERS Photo)
by Nov 01, 2016 12:00 am

Turkey has given its defence ministry the mandate to buy a further 24 Lockheed Martin F-35 aircraft, Defence Minister Fikri Işık said in an interview with broadcaster A Haber on Tuesday.

The Undersecretariat for Defence Industries said last week that Turkey had decided to order a second batch of the aircraft. Two U.S. officials familiar with the matter, speaking on condition of anonymity, had told Reuters that would comprise 24 jets.

Turkey expects to take delivery of the first batch of Lockheed Martin F-35A jets in 2018.