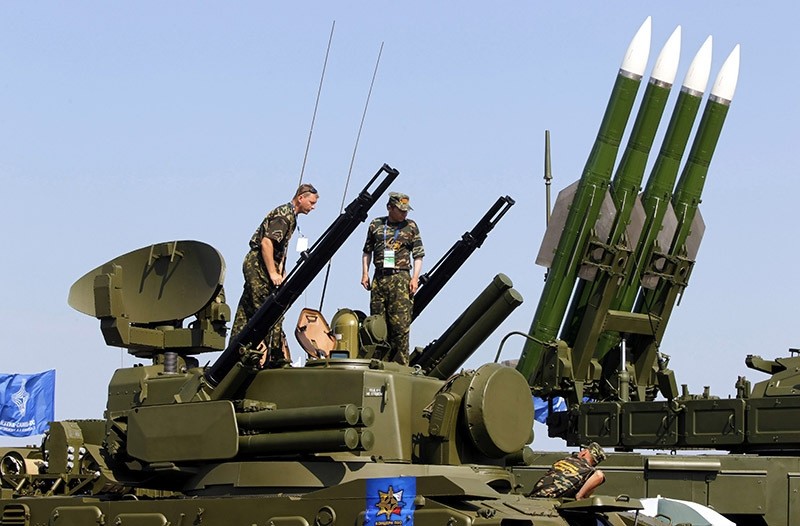 The Kremlin on Tuesday brushed off Western criticism of the deployment of state-of-the art missiles in Russia's Baltic Sea region, describing it as an equivalent response to NATO's military buildup near its borders.

The Russian military has reportedly stationed anti-shipping missiles in the nation's westernmost Kaliningrad exclave, and a senior lawmaker also has announced the deployment of other missile systems.

The U.S. State Department and NATO have voiced concern, describing the Russian move as destabilizing.

President Vladimir Putin's spokesman, Dmitry Peskov, told reporters that the Russian military needs to response to what he described as NATO's aggressive moves.

"Russia is doing what is necessary to protect itself amid NATO's expansion toward its borders," Peskov said. "The alliance is a truly aggressive bloc, so Russia does what it has to do. It has every sovereign right to take necessary measures throughout the territory of the Russian Federation."

The Interfax news agency reported Monday that the Russian military has put Bastion missile-launchers on duty in the Kaliningrad region, which borders NATO members Poland and Lithuania. The Russian Defense Ministry said over the weekend that the Baltic Fleet was rearming itself with new missile-launchers, but didn't provide specifics. It had no immediate comment on the Interfax report.

U.S. State Department spokesman John Kirby warned Monday that the deployment of Iskander and S-400 missiles to Kaliningrad is "destabilizing to European security" and urged Moscow to "refrain from words or deeds that are inconsistent with the goal of promoting security and stability in the Euro-Atlantic region."

NATO said in a statement to The Associated Press on Tuesday that the missile deployment near the alliance's borders "does not help to lower tensions or restore predictability to our relations." NATO called for more transparency on military activities "to avoid incidents and the risk of misunderstandings."

Russian Defense Ministry spokesman Maj. Gen. Igor Konashenkov struck back, saying that it's up to the Russian leadership to determine troops' locations.

"Russia isn't a source of security threat now. It's the buildup of weapons and servicemen from outside Europe," he said pointing at U.S. missile defense sites in Europe and the planned buildup of U.S. troops in Poland and the Baltics.

The Kremlin long has warned that the development of NATO's U.S.-led missile defense system poses a danger to Russia's security and vowed to take countermeasures. Moscow also has complained strongly against the deployment of NATO's military units near Russia's borders.

In an interview with American filmmaker Oliver Stone included in a documentary about the Ukrainian crisis broadcast in Russia late Monday, Putin warned that Russia would target NATO sites if it thinks they threaten Russia.

"We have to take countermeasures, targeting the facilities that we perceive as a threat with our missile systems," Putin said.