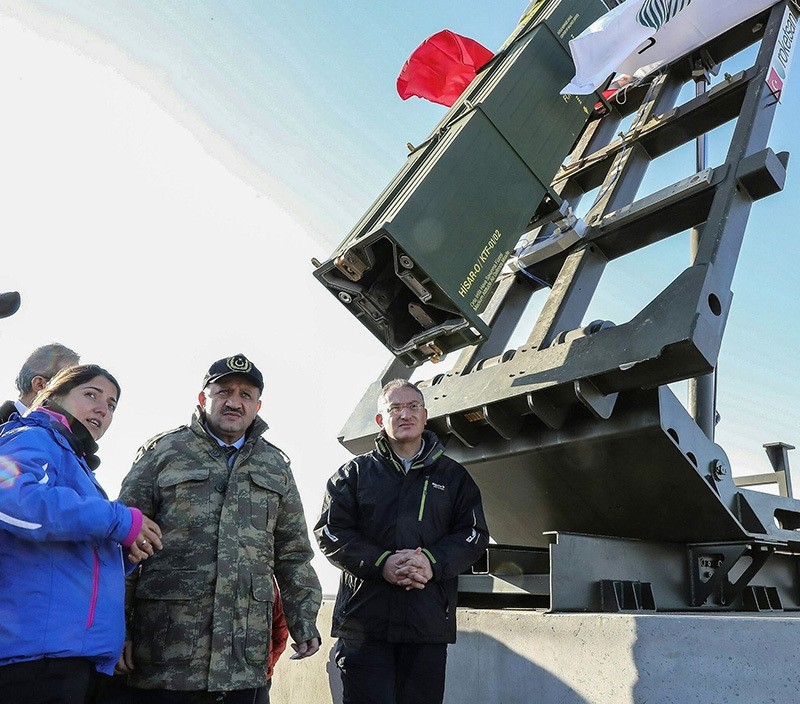 The system's test launch was attended by Defense Minister Fikri Işık, Undersecretary of Defense Industry Ismail Demir. and Turkish engineers who worked on the project, also attended the test launch and watched it from the command and control center.

Işık said that domestically developing such critical systems for Turkey's defense is the only way to obtain them. "Some countries that we consider as friends have the habit of limiting, enforcing an embargo even when we face the slightest problem. That is why we have the aim to have all the critical technologies, developing them and becoming one of the few countries that does so," Işık said.

Minister Işık noted that the goal is to increase Turkish Armed Forces' (TSK) deterrent power and that means having effective air and missile defense systems.

Praising the engineers who took part in the project, Işık said that Turkey will make all the contributions to their work.

"Turkey has actually made considerable progress despite its late start. I believe that after this, we will get faster," he added.

A dual-mode propulsion rocket engine was used for the first time during the test launch, in which Hisar-O successfully left the rocket launcher developed by Aselsan using its first engine, left the rocket canister, continued cruising through the air with programmed maneuvers, and ignited its second engine, finishing the test with success.

The tests on the low-altitude version of the Hisar (Fortress) project, the Hisar-A, was completed in 2013. A high-altitude and long range air and missile defense system is yet to be developed, and officials point to 2020 as the year when such a system could be introduced.

The need for an air and missile system for Turkey increased after the outbreak of the Syrian civil war in 2011, as the country possessed a significant chemical weapons stockpile along with hundreds of Soviet Union, North Korea and Iran-made rocket launchers, the most renowned of which being the Scud missiles. As a member of NATO and an ally to the United States, Turkey also faced similar threats during 1990 Gulf War and U.S. invasion of Iraq in 2003, as Iraq possessed similar systems as Syria.

In November 2015, Turkey canceled its $3.4 billion long-range missile defense system contract process, which was provisionally awarded to China in 2013, to produce its own indigenous system. Thereafter, it was announced that Aselsan and Roketsan were commissioned by the government to provide a future missile defense system.

Both contractors are owned by the Turkish Armed Forces Foundation (TSKGV), a semi-autonomous body established to bolster Turkey's defense industry.