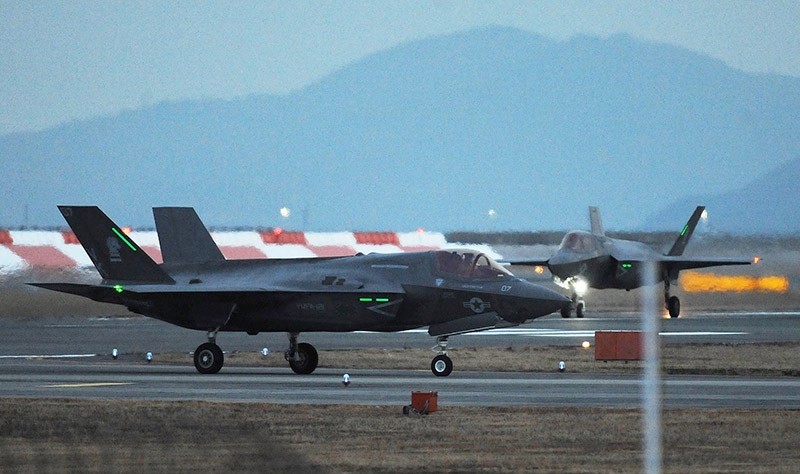 This picture taken on January 18, 2017 shows two US F-35B stealth fighter jet taxiing after landing at the US Marine's Iwakuni Air Station in Iwakuni, Yamaguchi prefecture. (AFP Photo)
by Daily Sabah Feb 07, 2017 12:00 am

More than half of the US Navy's force of Super Hornet and F/A-18 jet fighters are grounded, predominately because the aircrafts are undergoing maintenance and there is not enough money to fix them.

The Navy has also claimed that 15 percent of its facilities are in need of replacement, demolition or repair. In total, 53 percent of the Navy aircrafts are not airworthy. The number includes 1,700 helicopters, transport and patrol planes, and combat aircraft.

This picture contrasts with the Trump administration's pledge to increase the number of naval ships from 308 to 350. Moreover, Chief of Naval Operations Adm. John Richardson's Force Structure Assessment calls for a fleet of 155 ships.

Navy Secretary Ray Mabus announced the results of the assessment in December 2016 on the Navy's website, writing, "To continue to protect America and defend our strategic interests around the world, all while continuing the counterterrorism fight and appropriately competing with a growing China and resurgent Russia our Navy must continue to grow."

This goal will likely be difficult to reach considering years of declining budgets under the Obama administration.