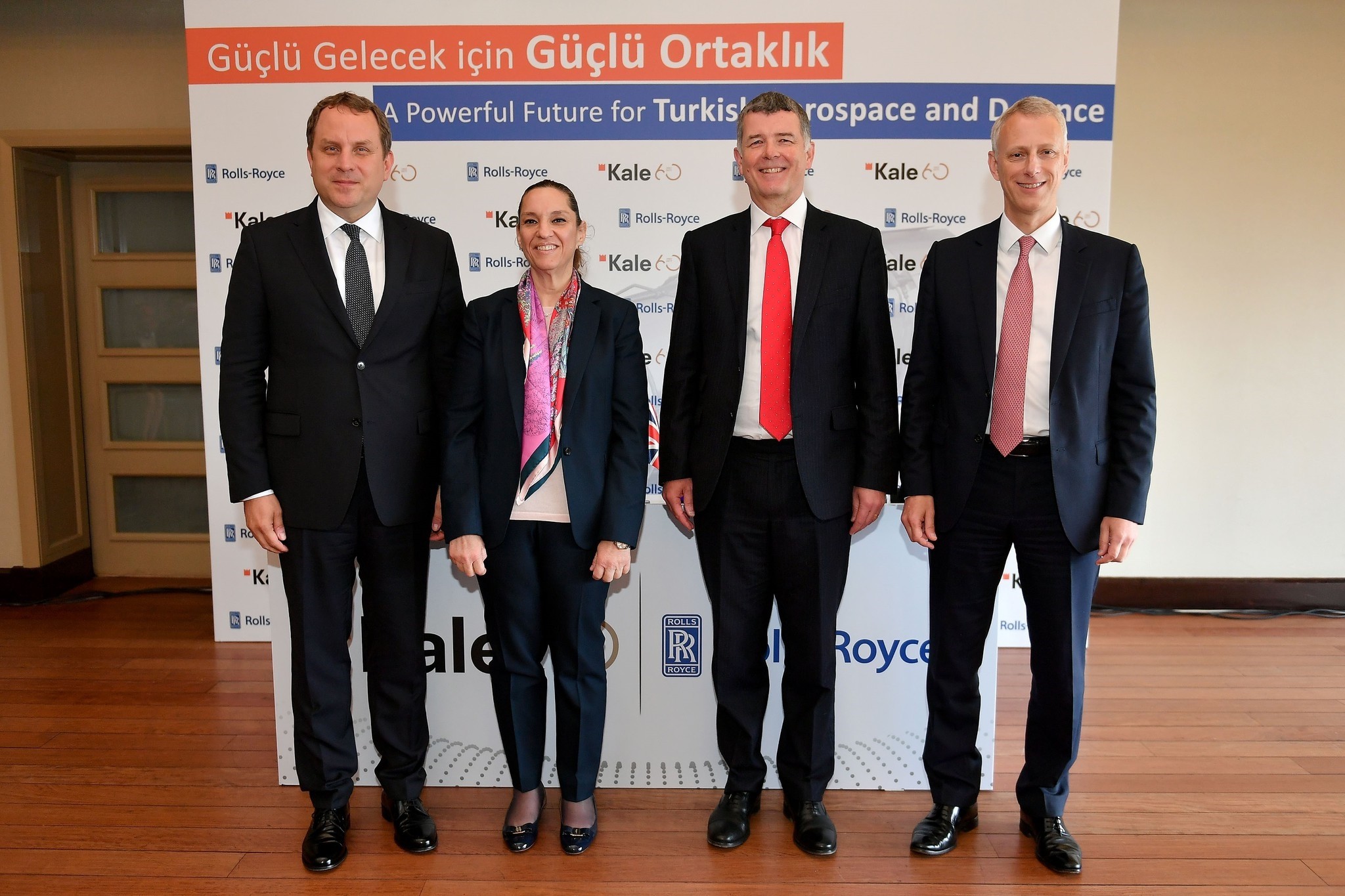 Kale Group, one of Turkey's leading defense contractors, will a launch a joint venture with the British automotive and aviation giant Rolls-Royce to develop and manufacture jet engines.

Rolls-Royce previously declared its interest in the TF-X project, and the company CEO Warren East visited Turkey in October 2016 to meet with President Recep Tayyip Erdoğan and Prime Minister Binali Yıldırım for the company's possible role in the project.

A press conference was held Monday in Istanbul to acknowledge the nature of the partnership. The joint venture named "TAEC Aircraft Engine Industry Corporation" will be established by Kale and Rolls-Royce with 51 percent and 49 percent shares, respectively.

Rolls-Royce Defense Aviation Unit President Chris Cholerton said that the joint venture will design an engine for TF-X from scratch and its intellectual property rights will remain in Turkey.

Kale Group Vice President Osman Okyay stated that as the first TF-X is expected to fly by 2023, it is their target for the engine to go into use, whereas they expect that they would launch serial production by 2030.

The TF-X project is deemed to be of crucial importance in replacing the ageing F-16 fighter jets, which form the backbone of Turkish Air Force. The first batch of the jets are expected to be delivered by 2023, the centennial of the Turkish Republic.