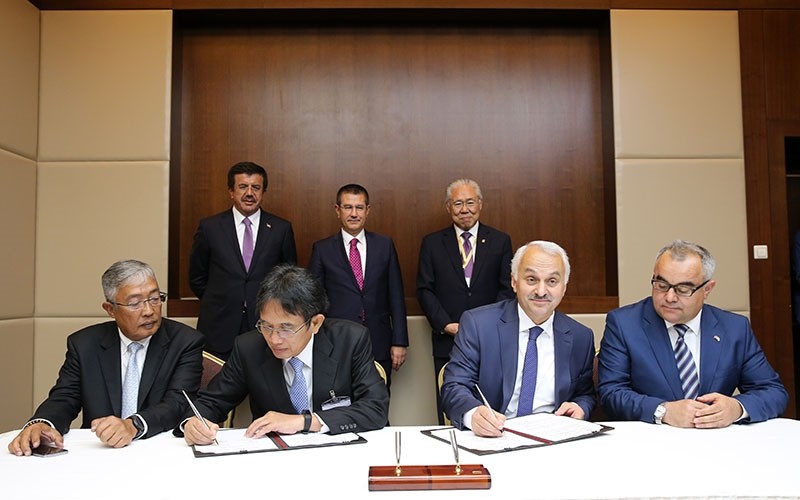 Indonesian President Joko Widodo said even though the two countries are located some distance apart, people in Indonesia are becoming familiar with Turkey, its history and its society, through popular Turkish television series.

"I am aware that Turkey is a hub for the region. Similarly, Indonesia is the largest economy in southeast Asia with the fourth-largest population in the world," he said during the meeting attended by 25 CEOs of Turkish companies that operate in the defense, energy and shipping industries.

The Indonesian president called for the business community from his country to use Turkey as a hub.

Widodo said that he had agreed with Erdogan to begin negotiations for a free trade agreement between the two countries.

"We are keen to capitalize on this momentum to give a big, new push for trade and investment in both directions. I believe that it is very clear that the two countries should be doing so much more together," he said.