Austria to scrap Eurofighter program over fraud accusations against Airbus 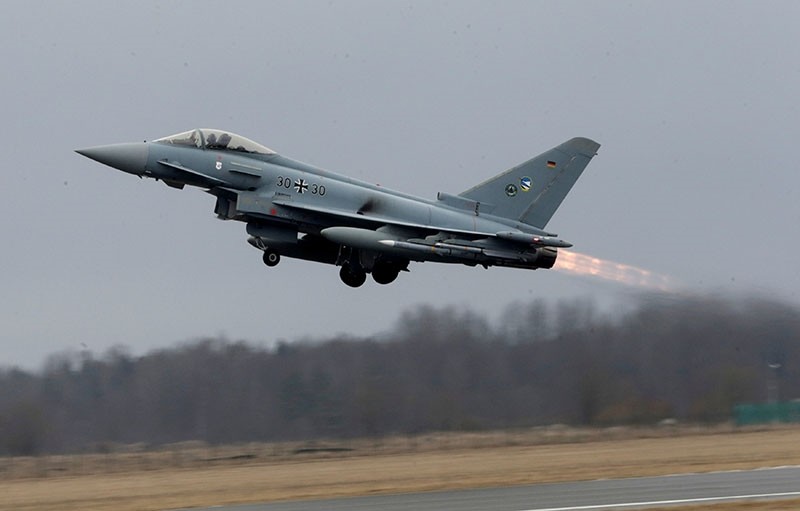 Austria plans to end its Eurofighter jet program early and replace it with a cheaper alternative fleet of aircraft bought or leased from another government, its defense minister said on Friday, amid a legal battle over the jets with Airbus.

Austria sued Airbus and the Eurofighter consortium, including Britain's BAE Systems and Italy's Leonardo, in February, alleging deception and fraud linked to a near 2 billion euro ($2.3 billion) jet order in 2003. Airbus and the consortium have denied the accusations.

The charges were the latest in a series of rows between Austria and the consortium, which have sparked two parliamentary inquiries and resulted in Airbus boss Tom Enders being investigated by Vienna prosecutors.

The defense ministry said in a statement that Austria's 15 Eurofighter jets could be phased out from 2020. The continued use of the Eurofighter planes for 30 years - the normal life span of such jets - would cost up to 5 billion euros, largely for maintenance.

Buying and operating a new fleet comprised of 15 single-seater and three twin-seater supersonic jets over the same period could be 2 billion euros cheaper than continuing its current program, the ministry added.

"It is necessary to get a grip on the overflowing costs of the Eurofighter," Defense Minister Hans Peter Doskozil said.

A source at the ministry was confident existing maintenance contracts with Airbus for the Eurofighters could be renegotiated. Doskozil said some kind of compensation for its Eurofighters was "likely" to come from the court battle. Alternatively, the aircraft or parts could be sold.

Airbus and Eurofighter said in emailed statements: "it is not for us to comment" on Austrian defense procurement discussions, adding the Eurofighter "works very well for all other customers".

Doskozil said the plan had nothing to do with campaigning ahead of Austrian elections in October and that he expected it to go ahead even if there was a change in government.

The defense ministry said it had already been in touch with other governments, air forces and aircraft producers.

It prefers a government-to-government deal that would see Vienna lease or buy aircraft from another country, rather than organizing a tender that would take longer and might jeopardize the 2020-2023 timeframe for the change of fleet.

Such a government-to-government deal could involve the other country buying supersonic jets from one of its national producers whose planes have self-defense systems, radar-guided missiles and can operate at night.

"We expect to hear from them again after the summer," Wallin told Reuters, referring to a potential deal that could see Saab sell the planes to the FMV which would sell them to Austria. He declined to give details on the price quoted.

Austria has also spoken with U.S. officials about its interest in the U.S.-built F-16 fighter jet, made by Lockheed Martin Corp, the largest arms maker in the world, according to a source familiar with the matter.

Lockheed is still offering the F-16 in international competitions, although production is due to end, the source said. It would take about three years to start delivering aircraft, or about two years after a contract was signed, the source added.

The tranche 1 type of the Eurofighter jets which Austria uses is also in operation in Britain, Germany, Italy and Spain.