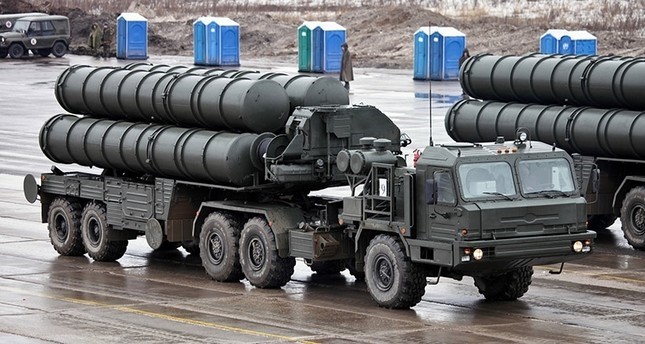 The official, speaking to Bloomberg on condition of anonymity, said that the regional power wanted to build its own missile defense systems.

"For Turkey, the key aspect of any deal is transfer of technology or know how. The Russian agreement to allow two of the S-400 batteries to be produced in Turkey will serve that aim," the official added.

Turkey's purchase of the Russian missile system is a clear sign of the country's disappointment with the West, mainly due to the EU's attitude towards Turkish officials and the fact that the leader of Gülenist terror group (FETÖ), Fetullah Gülen is living in the U.S. and American officials have yet to take any steps to extradite him despite the "85 boxes of concrete evidence" proving that he was behind the July 15 coup attempt, which left 249 dead and over 2100 injured.

The U.S.' support to the YPG terrorist group, the Syrian affiliate of the PKK is also one of the biggest reasons Turkish-American diplomatic relations have soured.

Turkey and Russia have engaged in talks regarding Turkey's cooperation with Russia in the defense sector since the Russian-Turkish rapprochement in August 2016.

The S-400 is a new generation of Russian missile system, which has so far been sold to China and India only.

Last year, both China and India signed an intergovernmental agreement for the procurement of four regiments of Russian-made S-400s. Turkey will become the first NATO-member country to purchase the system.