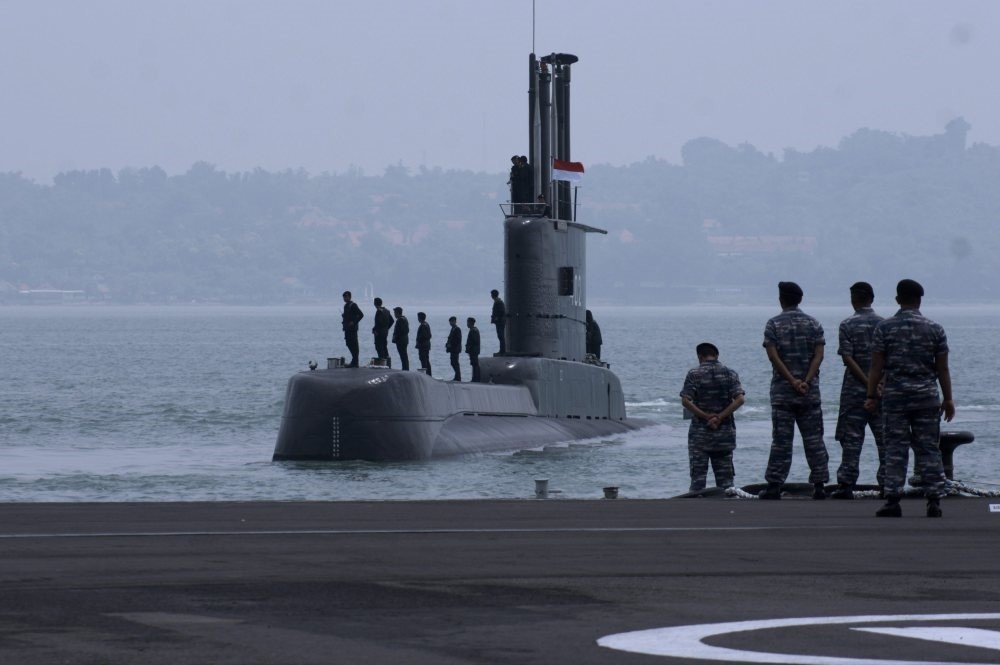 Kulac, a bathymetry sonar developed by ASELSAN to be used in Turkish submarines, was sold to Indonesia last year and became Turkey's first export of the underwater acoustical system.
by Yunus Paksoy Aug 18, 2017 12:00 am

As part of its defense strategy, Ankara is enhancing cooperation with Jakarta to boost bilateral projects in defense industries and the sharing of military experience

Collaboration between Turkey and Indonesia in the defense industry and the military is increasing as the two countries are engaged in joint production of tanks, drones, submarines, weapons and radar systems.

In this respect, a prototype for the Turkish-Indonesian tank has already been created and is set to partake in an official military parade in Jakarta in October. The sources did not provide the number of tanks that would be produced, but demand will be a determining factor.

Defense industry experts said the tank will weigh around 35 tons, and will have a 700-horsepower engine. There will be two tanks in the first leg of production, one for Turkey and one for Indonesia. The development cost for the medium-weight tank is estimated at $11.5 million. The FNSS, a subsidiary of Nurol Holding, which operates in the industry, eyes the production of 40 tanks, while that number could go up to 200 if Indonesia is satisfied.

The KAPLAN MT tank is expected to make a powerful contribution due to its firepower and large ammunition options as well as its superior agility. A CMI Cockerill 3105 tower, equipped to fire high-pressured 105mm shells, provides the tank's firepower.

One of the striking points in the joint venture is the production of submarines. The senior sources stressed that Indonesia wants to gain know-how and the deal is near completion. Experts said that the Turkish defense industry is producing six submarines in Turkey's Gölcük shipyard under the license of ThyssenKrupp. The first submarine is set to be delivered in 2021.

An Indonesian delegation has already paid a visit to Turkey to inspect the production process. There are only a small number of issues to be resolved before the two sides ink the deal, sources said. The first two submarines will be built in Turkey and the rest are planned to be jointly produced by an Indonesian company, experts said.

The sources said a Turkish delegation, including company representatives, will be in Indonesia next week to discuss the latest details regarding the submarine deal and other projects. An Indonesian delegation will be in Turkey in early September.

Ankara and Jakarta have set their sights high, as the two countries are also engaged in projects to produce Turkish-Indonesian drones. Experts said Indonesia is willing to work on a model like the domestic drone produced in Turkey.

Joint weapons production is not off the table, either. The two sides have not ruled out cooperation in the production of defense industry mechanisms.

While the two countries find various areas of cooperation, radar systems have been a significant example of what a Turkish-Indonesian alliance can achieve. The sources said a radar system produced by Turkish companies is already in use on Indonesia's borders.

The presidents of both countries portray a promising future for Turkish-Indonesian relations. "We agreed to expand our cooperation regarding submarine and drone building, and it will be followed up by teams from both countries," Indonesian President Joko Widodo said during a visit to Ankara in July. The Indonesian president asserted that Indonesia and Turkey are two countries with great potential to improve cooperation.

President Recep Tayyip Erdoğan also stressed the importance of improving bilateral ties when he was in Indonesia in the summer of 2015. Emphasizing that the two countries are in harmony at different international platforms, Erdoğan said strong political, social and economic ties forged between the two countries would benefit the people of Turkey, Indonesia and the world.

Apart from enhancing relations in the defense industries, high-level sources said there is exchange of experience between Turkish and Indonesian militaries. Indonesian soldiers have been conducting joint military programs with Turkish troops, and both have been satisfied with the results. The Turkish military has also sent troops to Indonesia for similar programs.

Ankara is expanding military cooperation with different countries around the world. Daily Sabah has recently learned that a group of Indian military students will arrive in Turkey in the upcoming months as part of a joint program with the Turkish military.

Turkey seeks to assert itself militarily in the region as well. The Turkish and Qatari militaries started a joint exercise on July 31. Over 250 Turkish soldiers and 30 armored vehicles participated in the drill at a base in Qatar.

Ankara is broadening its military cooperation with China as well. The Turkish Armed Forces (TSK) and the Chinese People's Liberation Army are going to have a high-level meeting in Ankara before the end of this year, Zheng Qinli, China's military attaché to Ankara announced on July 28.