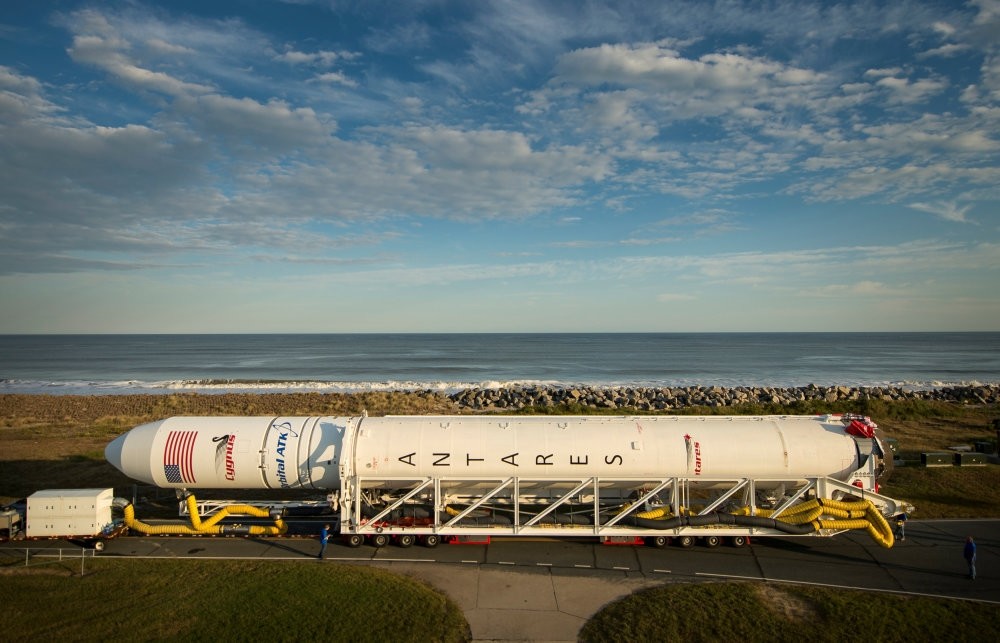 The Orbital ATK Antares rocket being rolled from the Horizontal Integration Facility to the launch Pad-0A at NASA's Wallops Flight Facility in Virginia.
by Sep 20, 2017 12:00 am

U.S. defense group Northrop Grumman will buy out the rocket and missile maker Orbital ATK in a deal worth $9.2 billion, the firms said. The announcement comes around two weeks after industrial conglomerate United Technologies acquired aerospace supplier Rockwell Collins in a $30 billion deal.

"Northrop Grumman will acquire Orbital ATK for approximately $7.8 billion in cash, plus the assumption of $1.4 billion in net debt," the companies said in a statement.

The transaction, which is expected to close in the first half of 2018, has been approved by the companies' boards of directors but is still subject to regulatory and Orbital shareholder approval. Northrop is valued at $46.5 billion, while Orbital -- which specializes in making rocket launchers and missiles, including for Elon Musk's SpaceX -- is valued at $6.3 billion. However, credit rating agency Standard and Poor's said the deal, likely to be financed ostly by debt, will impact Northrop's "credit metrics," and is expected to lead a downgrade to the company's BBB+ corporate debt rating by one notch to BBB. S&P put Northrop on "CreditWatch with negative implications," and said it would resolve rating once the deal closes.

While the purchase is expected to improve Northrop's business "we do not expect that this improvement will be sufficient enough to offset the company's increased debt burden," the agency said in a statement. On the contrary, S&P said the deal will have positive implications for Orbital's debt situation, and it expects to raise the credit rating from the current BB+. The deal comes amid high tensions with North Korea and as American defense firms are under pressure to maintain their profit margins while customers demand better value for money. In 2015, Northrop won an $80 billion mega-contract from the US military for the Long Range Strike Bomber planned for the mid-2020s.