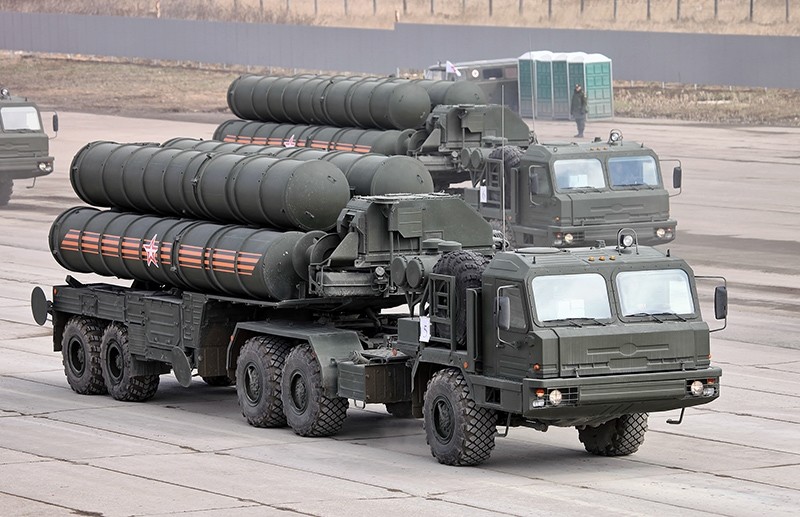 U.K.-based weekly magazine-format newspaper The Economist said in an article published Thursday that Ankara's purchase of Russian S-400 air defense systems was "disturbing" for the West. The article started with The Economist bringing up an infographic titled the "Versatility of S-400 missile defense,' which was prepared by Turkey's official Anadolu Agency (AA) in September.

The said graphic listed technical specifications of the S-400, including its range, missiles and the aircraft it can eliminate. In its article, The Economist placed extra emphasis on the fact that "every single one was an American aircraft." 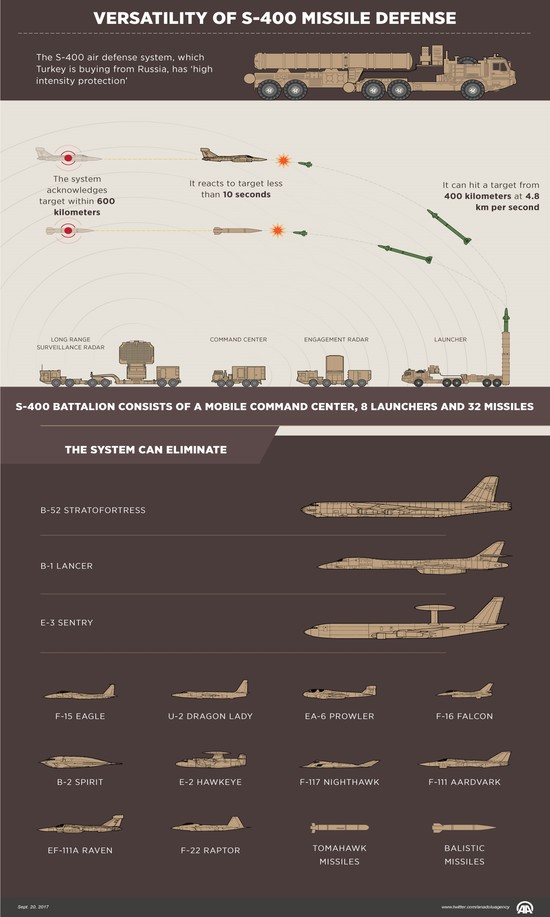 The article went on to criticize the S-400 purchase, citing the Russian-made system's incompatibility with NATO's air-defense system, and possible violations of U.S. sanctions against Moscow as S-400 makers are now blacklisted by the State Department.

The Economist also speculated whether or not Russian President Vladimir Putin would transfer important military technology to a NATO member, while trying to create a rift between Turkey and the rest of the alliance.

Turkey agreed to buy two S-400's— Russia's most advanced long-range anti-aircraft missile system — in a more than $2 billion deal in September. The first system is expected to be delivered in 2019.

As a NATO member country, Turkey's decision to buy Russian S-400 systems has raised concern among other NATO member countries, but NATO Secretary-General Jens Stoltenberg ended speculations on Sep. 19 when he said member states had the sovereign right to make decisions regarding their military purchases.

Despite a popular notion, high-ranking Turkish officials ruled out that Turkey was moving away from NATO and assured that the S-400 purchase was not motivated by political reasons, rather it was made to address Turkey's growing defense needs.