S-400 missile deal with Russia to be finalized ‘this week,’ Erdoğan says 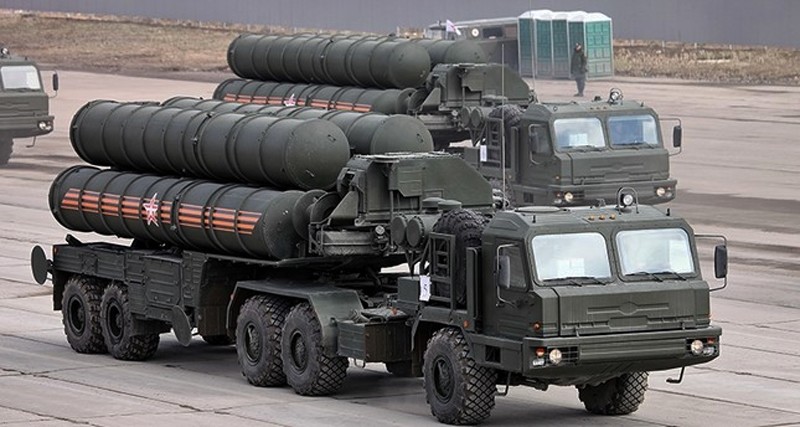 The purchase of S-400 missile defense systems from Russia will be finalized this week, President Recep Tayyip Erdoğan said Monday during a joint press conference with Russian President Vladimir Putin in Ankara.

"Our colleagues will come together this week to conclude this project," Erdoğan announced after an hour-long meeting with the Russian leader.

The S-400 is Russia's most advanced long-range anti-aircraft missile system and can carry three types of missiles capable of destroying targets, including ballistic and cruise missiles.
The system can track and engage up to 300 targets at a time and has an altitude ceiling of 27 kilometers.

Meanwhile, Russian Minister of Finance Anton Siluanov said a credit will be provided to Turkey immediately after the S-400 deal is signed.

On trade, Erdoğan said cooperation between Ankara and Moscow was getting stronger "day by day."

"Our bilateral trade volume with Russia increased 30 percent as of the first 10 months of 2017," he said.

"We have a harmonious working environment at the political level."
Putin, meanwhile, said the obstacles standing in the way of trade and economic ties had been removed.
"Within the first eight months [of 2017] Turkish agricultural exports to Russia increased by 1.8 percent," he said.

Moscow imposed sanctions on Turkey following the shooting down of a Russian jet over the Turkey-Syria border in November 2015.

The two leaders have met eight times this year. Erdoğan said Ankara and Moscow would hold a seventh High-Level Cooperation Council meeting in 2018.