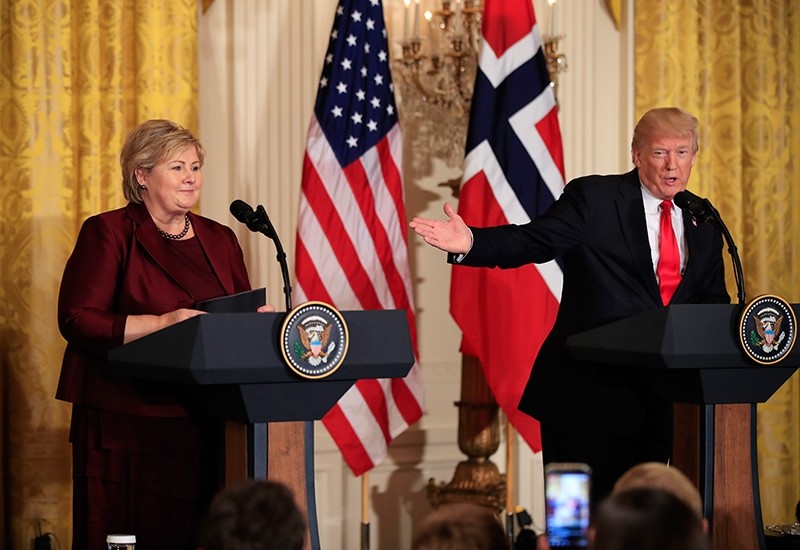 President Donald Trump boasted on Wednesday about a $10 billion deal involving Norway's purchase of F-52 aircraft from the U.S. The only problem is that no such aircraft exists.

During a joint news conference with Norwegian Prime Minister Erna Solberg, Trump was speaking about trade partnership between the countries.

Trump apparently misread his notes as the U.S. sold 52 F-35 warplanes to the Scandinavian country.

Social media users did not leave the incident without attention, with many of them poking fun at Trump for inventing a new type of fighter jet.

Trump's meeting with Solberg was the first foreign leader visit with the president in 2018. Seated in the Oval Office, Trump noted that Norway has been a strong consumer of U.S.-built military equipment.

Solberg said the U.S. was Norway's "closest ally inside NATO" and noted her country's investments in the U.S., which she said supported 470,000 U.S. jobs.