Turkey to rely only on domestic defense systems, except in emergency 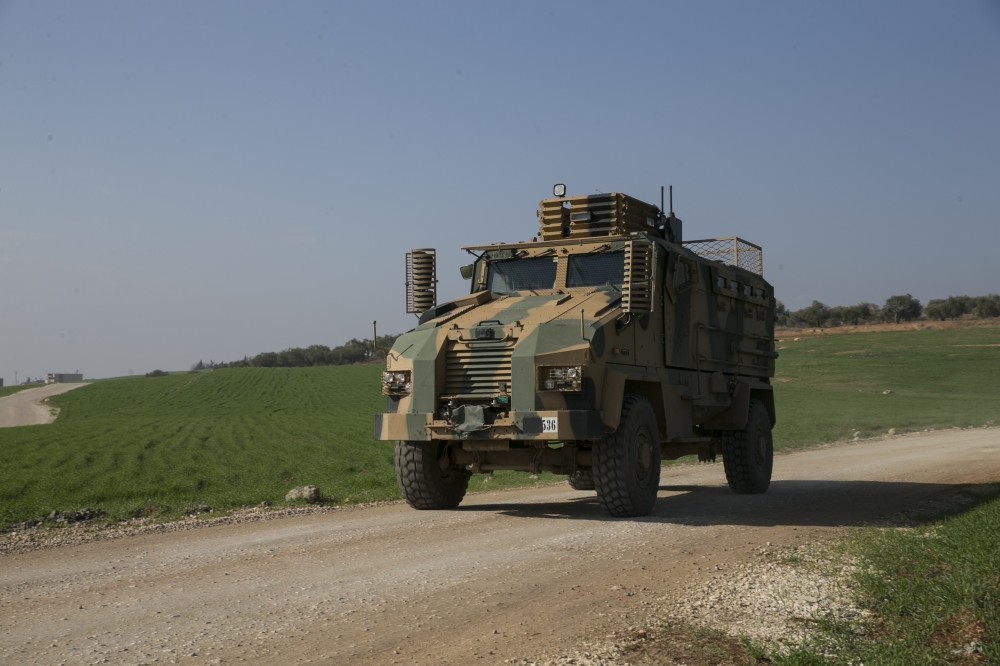 The Kirpi is one of the domestically produced vehicles the Turkish Armed Forces (TSK) is using in Operation Olive Branch in the northwestern Syrian region of Afrin.
by Daily Sabah with AA Feb 07, 2018 12:00 am

Turkey has heavily invested in its defense industry over the last 15 years and is determined to not import any ready products or systems that can be produced locally, except for emergencies, President Erdoğan has said

President Recep Tayyip Erdoğan said yesterday that Turkey will not import any readymade defense products, software or systems that can otherwise be produced locally, except at times of emergency.

Speaking at the Justice and Development Party's (AK Party) parliamentary group meeting, Erdoğan said that Turkey will spend more time and money if necessary, but will definitely develop its own products and systems.

Turkey's defense industry is becoming stronger, Erdoğan said, adding: "In addition to state organizations, there are many private sector companies that work day and night so they can compete with the world leaders. Our engineers are achieving new successes every day. Many projects that until yesterday were thought to be unachievable have either been completed or are nearing completion."

Speaking at The Role of Public Procurement in Technological Transformation: Domestic and National Production Conference yesterday, Science, Industry and Technology Minister Faruk Özlü said: "Just the way we are fighting the enemy in Operation Olive Branch backed by local technologies, we will also triumph in industrial warfare with domestic products."

"The growth in our domestic defense industry will continue and we will also take some historic steps."

The program was organized by the Ankara Chamber of Commerce (ATO) at the Union of Chambers and Commodity Exchanges of Turkey's (TOBB) conference hall.

Özlü said public procurement was an important policy instrument that has contributed to the country's innovation and research and development.

Explaining that domestic production as a strategic approach, Özlü said that they aim to focus on medium- and high-technology products.

"In order to achieve this goal, we must edit, plan and direct the power of public procurement in a way that contributes to the technological transformation of our industry," he said.

"Supporting the industry through public procurement is an important pillar of our development goals and programs. We see public recruitment as an important development instrument, whether you call it positive discrimination or domestic and national support."

He stressed that Turkey has covered significant ground in high-tech production and recalled that they brought a 15 percent price advantage in favor of domestic goods in public procurement with a Production Reform Package.

The minister said that with the circular undersigned by Prime Minister Binali Yıldırım, a localization board was formed in order to raise the share of high-tech products in exports.

He said the board will undertake programs that will reduce the local industry's dependence on foreign technology and increase the country's competitive power. He said that Turkey has now adopted domestic and national production as a government, industrial and development policy.

Özlü also mentioned that they brought incentives to localize 43 products that have a $15 billion share in the country's import. He added that the government has identified five focus sectors that will double added value in 10 years - chemicals, pharmaceuticals, food, semiconductor electronic products, machinery and equipment, motor vehicles and beverages.

"We also included the information and software related to all these sectors within the incentive program," Özlü said.

"We will support the products in these sectors with tax relief, funding, incentives and exemptions. We will mobilize all our resources to promote local production."

Turkey has been heavily investing in the defense industry and has substantially increased the number of defense projects over the last 15 years while also increasing the rate of domestic production whereby local resources are used in the development of defense projects and equipment.

External dependency, which was around 80 percent 16 years ago, has also rapidly declined with the nationalization of projects. The use of domestic resources has increased from 25 percent to more than 60 percent. Turkey's defense industry has around $6 billion productions and $2 billion export capacity.