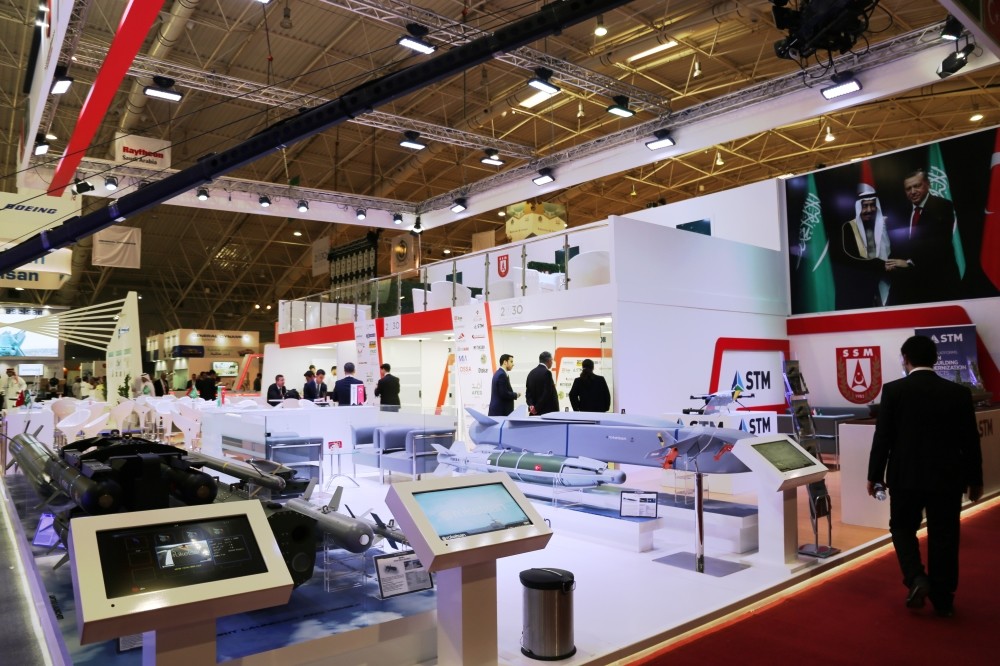 Dedicated to expanding its defense export destinations, Turkish companies have been attending defense and aviation fairs around the world, particularly in the Middle East and Southeast Asia. Attending the 4th Armed Forces Exhibition for Diversity of Requirements and Capabilities (AFED 2018) in Saudi Arabia's capital of Riyadh as the guest of honor and presenting its products, Turkey aims to sell its kamikaze unmanned aerial vehicles (UAV) to Saudi Arabia.

Yılmaz said that delegations at the fair are predominantly Saudi but there are also visitors from neighboring countries, adding: "Such an export to Saudi Arabia or a project to be carried out here would be used or taken as an example by other countries. For this reason, Saudi Arabia is a very important country for us and this importance, which is increasing in different dimensions in recent years, is known to everyone."

Yılmaz said they are doing their share in order to both render this importance concrete in defense and to consolidate friendship between the two countries.

According to Yılmaz, negotiations with Saudi Arabia have been positive and are continuing in different areas, especially in the sale of kamikaze UAVs. The two countries are also working on different projects regarding cybersecurity and aviation certificates. Yılmaz said it seems that agreement in these areas will be signed soon.

Kamikaza UAV or Kargu is an autonomous attack drone is designed in order to detection and strike against the enemy personnel or light armored vehicles.

Kamikaze drones, lightweight and often operable by a single soldier, are designed to crash into a target to detonate a warhead.

Citing that Saudi Arabia has its 2030 vision similar to the Turkish government's 2023 vision, Yılmaz said that STM and other Turkish companies think they can meet Saudi Arabia's 2030 vision. The condition of localization has been stipulated for major projects to be carried out by 2030. "This is important for us. If you promise this kind of localization to a country, it means you have reached a certain level of technology. So, now that we have promised this to the other party, this means we have reached at least a certain level of maturity in the sense of technology, which is a very good development for Turkey," he said.

Explaining that the most important project STM is currently following in Saudi Arabia is the National Ships (MİLGEM) corvettes project, Yılmaz said that they have been following the project for about three years and it is about to be finalized. According to Yılmaz, if nothing goes wrong, they will sign the agreement by summer 2018. He said that all is going well and no troubles have been experienced so far.

Having been organized with the aim to increase domestic production capacity under Saudi Arabia's 2030 vision, a guest country participated at AFED 2018 for the first time this year with a view to attain an international exhibition qualification.