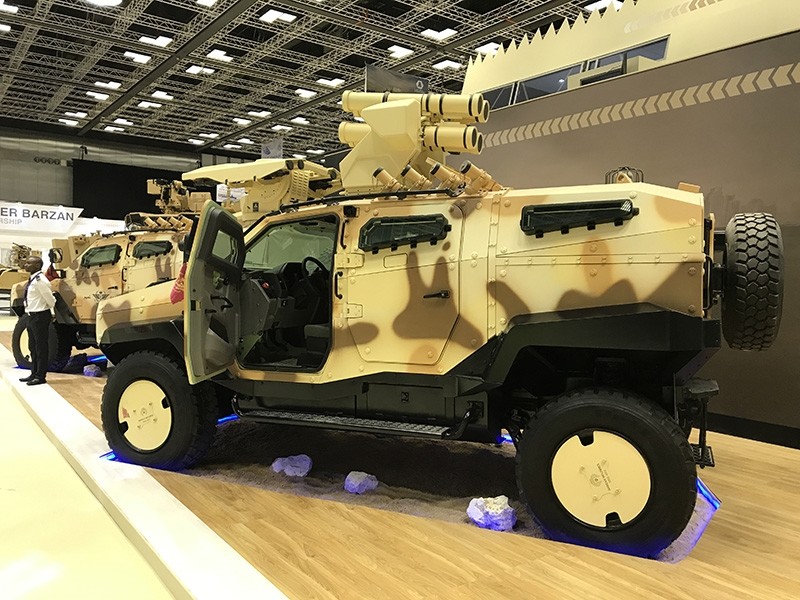 Nurol Makina, a Turkish company, built the vehicles last year, later selling a number of them to Qatar.

Outfitted with rocket-launchers built by Turkey's Aselsan corporation, the vehicles weigh eight tons each and are capable of carrying loads of up to four tons.

More than 30 Turkish companies are participating in this year's exhibition, which will wrap up Wednesday evening.