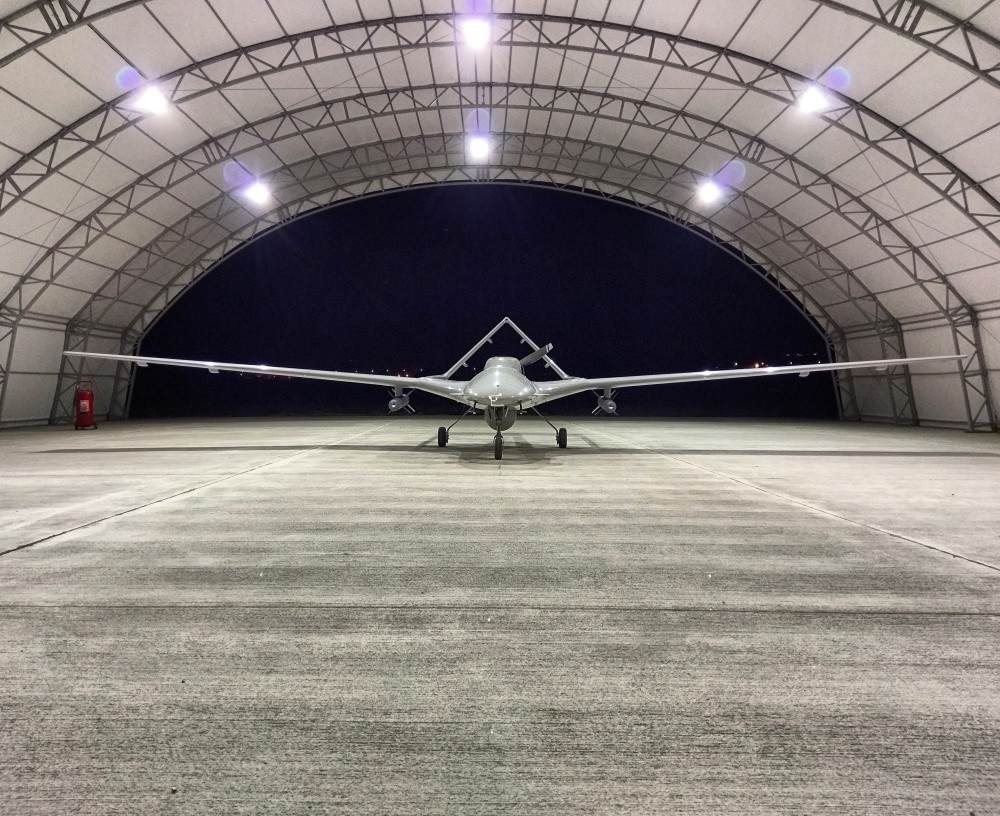 Baykar signed an agreement yesterday to export six Bayraktar TB2 UAVs to the Qatari armed forces.
by Daily Sabah with AA Mar 15, 2018 12:00 am

Turkey's leading defense and technology companies, including Baykar, Nurol Makina, ASELSAN and BMC, which attracted much attention at the DIMDEX 2018 fair in Qatar, signed a number of agreements during the three-day defense fair

The Doha International Maritime Defense Exhibition and Conference (DIMDEX 2018), in which the Turkish defense industry showed a strong presence, has resulted in several agreements being signed by the country's defense and technology companies. Attracting a lot of attention at the fair, Baykar, Nurol Makina, ASELSAN and BMC were some of the companies that signed deals in Doha. More than 30 Turkish firms showcased their products at the three-day fair with land, air and naval platforms.

National Defense Minister Nurettin Canikli, Chief of General Staff Gen. Hulusi Akar and Undersecretary for Defense Industries (SSM) İsmail Demir attended the sixth installment of DIMDEX 2018, which kicked off at the Qatar National Convention Center in the Qatar capital of Doha on Monday and ended yesterday.

Ankara gives great importance to cooperation with countries in the defense industry in the Gulf region and wants to develop cooperation with countries in every field. Carrying relations based on mutual trust, common values and interest to a more advanced point, as well as the exports of products to be jointly produced, the deals will reportedly contribute to the development of the armed forces of Turkey and regional countries and the establishment of stability and security in the region.Baykar, the maker of the Bayraktar TB2 Unmanned Aerial Vehicle (UAV) system, which has been used by the Turkish Armed Forces (TSK) in the fight against terrorism, achieved its first export deal yesterday, signing an agreement to export six UAVs to Qatar's armed forces.

The Bayraktar TB2 UAV, which has been in operation in Turkey since 2015 and recently has taken part in Operation Euphrates Shield and Operation Olive Branch, is also attracting attention abroad.

Under the agreement, six TB2 armed UAV platforms, three ground control station systems and equipment and a UAV training simulator will be delivered within a year.

Baykar will also set up a UAV operation center and network-based data tracing and archiving software for Qatar's armed forces.

The signing ceremony was attended by the commanders of Qatar's armed forces, Turkey's SSM officials and Baykar CEO Haluk Bayraktar.

After delivering the UAVs, Baykar is set to train Qatar armed forces personnel and provide logistical and technical support.

"Qatar officials looked at technologies from the U.S., Europe and China before they decided," Bayraktar told Anadolu Agency (AA).

The Bayraktar TB2 was developed for tactical reconnaissance and surveillance missions and can also carry ammunition and has laser target acquisition. Its sensors can operate at both day and night.

New armored vehicles were also unveiled for the first time yesterday at DIMDEX 2018.

Nurol Makina built the vehicles last year, later selling a number of them to Qatar. Outfitted with ASELSAN rocket launchers, the vehicles weigh 8 tons each and are capable of carrying loads of up to 4 tons.

The partnership deal, "BARQ" (Arabic for "lightning") is particularly for producing ASELSAN's stabilized advanced remote weapon system and electro-optical reconnaissance and surveillance systems. The deal was signed by the directors of ASELSAN and Barzan Holding on the sidelines of the fair.

A leading Turkish automotive company also announced on Tuesday it will sell 85 armored vehicles to Qatar.

He said production will start under Tuesday's export deal signed by BMC and Barzan Holding on the sidelines of the fair.

"Exports are important for Turkey. We have previously sold vehicles to the Turkmen and Tunisian armies," Sancak said.

He added that more interest is coming from several militaries around the world.

According to BMC's website, the company manufactures various types of vehicles for the domestic and international markets.

Having produced 300,000 vehicles since 1966, BMC has contributed $10 billion to Turkey's economy. The company exports to more than 80 countries, including EU member states.