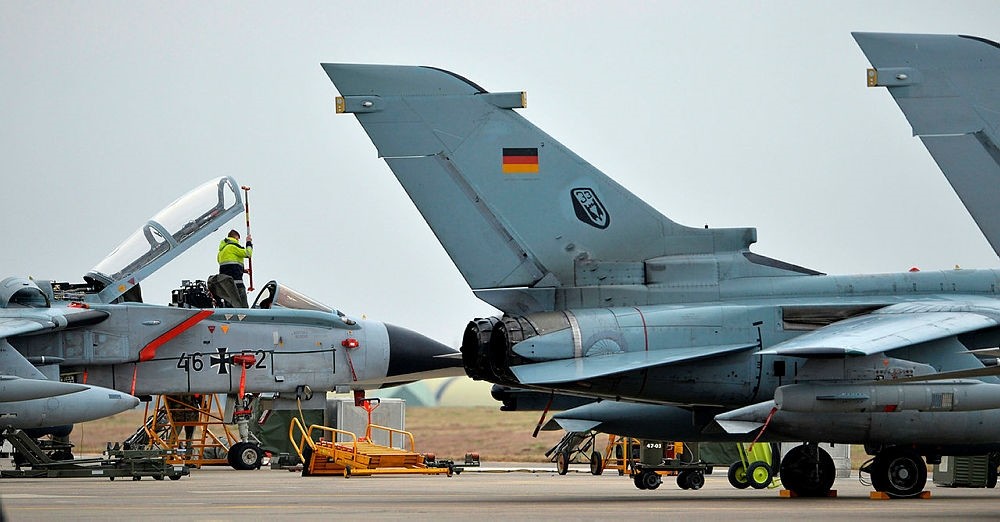 In this Jan. 21, 2016 file photo a technician working on a German Tornado jet at an air base in Incirlik, Turkey. (AFP Photo)
by reuters
Apr 01, 2018 12:00 am
The German armed forces may not be able to use the Tornado fighter jet for NATO missions, according to a defense ministry report seen by Reuters.

The report says that so far, it has not been possible to build an encryption device for secure data transfer into the jet, which entered service in the 1970s.

The communication devices of the Tornado also do not meet current standards, the report said, meaning there's a risk that information could be intercepted.

The report was first cited by German magazine Spiegel.

Germany wants to start phasing out the Tornado jets in 2025 and the defense ministry has said that the Eurofighter Typhoon is the leading candidate, with Lockheed Martin's F-35 and Boeing's F-15 and F-18 fighters also options.

An annual report released in February said Germany's military must move faster to tackle persistent gaps in personnel and equipment.