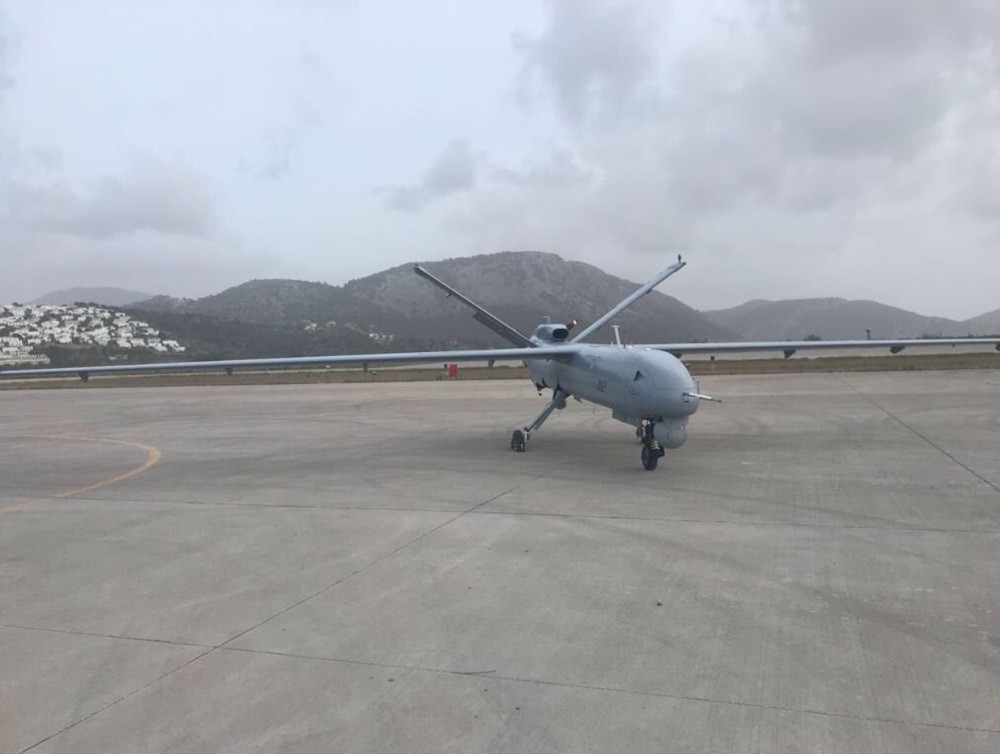 Turkish Aerospace Industries (TAI) will showcase its ANKA unmanned aerial vehicle (UAV) at a defense exhibition in Malaysia and discuss its export to the country with Malaysian authorities.
by Daily Sabah Apr 14, 2018 12:00 am

With a view to enlarge export portfolios with Asian countries, leading Turkish defense firms will once again attend an international defense fair in Malaysia to showcase their latest air and land platforms

Turkish defense giants looking to expand their export markets in Asia are poised to participate in the Defense Services Asia (DSA) Exhibition and Conference scheduled to take place in the Malaysian capital Kuala Lumpur, April 16-19.

The company is expected to establish strong cooperation in Malaysia by particularly featuring ANKA.

TAI will discuss the export of ANKA with Malaysian defense contractor DEFTECH during the fair that Malaysian Prime Minister Najib Razak, as well as the country's defense minister and army commanders, are expected to attend. TAI accelerated talks with DEFTECH for the sale of ANKA during the 13th International Defense Industry Fair (IDEF).

The defense exports champion of Turkey, TAI most recently participated in the Singapore Airshow held from Feb. 6 to Feb. 11 to showcase the products of the Turkish defense industry as part of intensive contact with Asian countries to export its air platforms.

TAI has been carrying out export-oriented shuttle diplomacy with the countries in the region.

TAI officials previously stated that significant progress was made in terms of ANKA negotiations with Malaysia.

After defense fairs in London, Bahrain, Bangkok and Kuwait, Turkish defense giant Katmerciler is scheduled to display a variety of products at the 16th DSA in Kuala Lumpur.

The company attracts attention with its defense and security products, all of which are designed and developed in its own research and development (R&D) center.

Acclaimed for its strong and creative solutions, Katmerciler will also hold talks about opportunities to develop business associations with representatives of defense companies and military delegations visiting the fair.

Otokar, a Koç Group company, continues to strengthen its position in the defense industry. Featuring its original products around the world, Otokar will be participating in Asia's largest defense industry fair DSA, following Chile and Brazil. The company will showcase the Cobra II armored personnel carrier which stands out with its high level of protection, spacious interior and superior mobility during the event.

Otokar General Manager Serdar Görgüç said the products are the intellectual property of Otokar, a company that has been allocating 4 percent of its turnover for research and development activities for the last 10 years, in service in more than 30 countries on 5 continents.

"Otokar strengthens its position in the world defense industry sector with its technological superiority, engineering power, design capability and experience of more than 30 years in the field of military vehicles," Görgüç said, pointing out that more than 30 military vehicles designed by Otokar engineers in accordance with current and future threats in line with user expectations and needs are used in many different missions by friendly and allied countries in Asia, the Middle East, Africa and Central Europe.

Referring to the fact that Otokar, which becomes more successful in the international arena every day, makes progress in the sector through its technology and know-how exports, Görgüç recalled that last year they moved their position in the sector to a different position with a contract to meet the 8X8 amphibious armored vehicle needs of the United Arab Emirates (UAE) Armed Forces, thus signing the largest export deal for Turkish defense industry for a single item. "With this agreement signed by Al Jasoor [Brave], founded in collaboration between Tawazun, the leading investment company of United Arab Emirates, and Otokar, our company comes to the fore in the defense industry not only with its products, but also with its global knowledge, engineering, R&D and technology transfer," he added.

"With similar collaborations with different users and countries, we aim to represent the Turkish defense industry in the best way possible to the world. We consider the DSA Fair as an important instrument in reaching this goal and strengthening our presence in the region," Görgüç continued, informing that Otokar vehicles are already serving successfully in the Asia-Pacific region.

Recalling that last year they realized the first export of COBRA II armored vehicles to this region and that their vehicles have been actively used during United Nations operations, Görgüç noted that Otokar closely follows the export opportunities in the region and aims to extend the success in the Gulf region to the Asia-Pacific region.