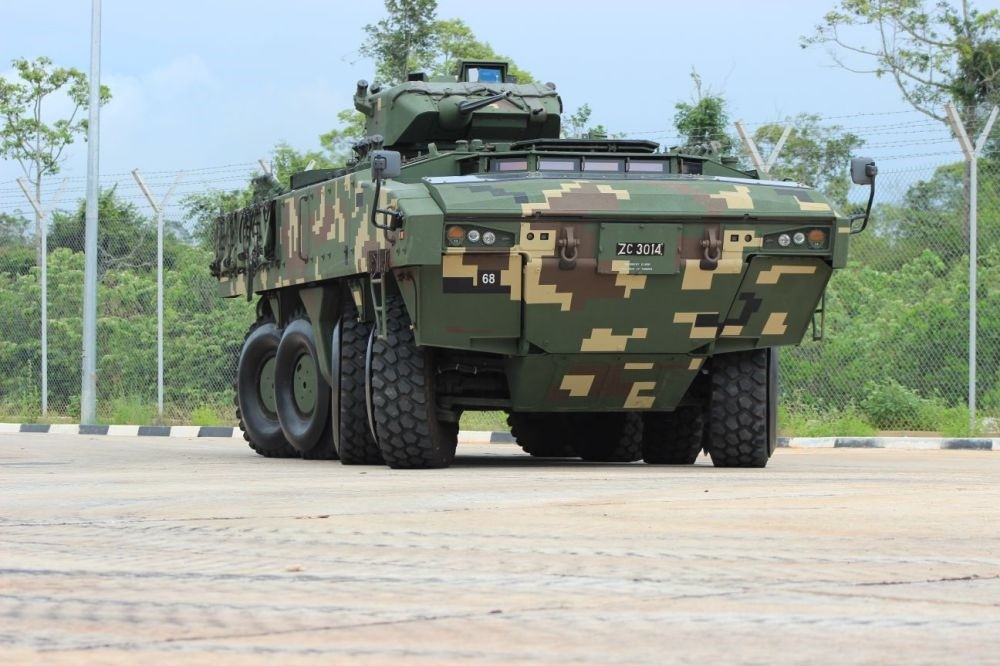 The AV-8 Gempita is developed and produced by FNNS Defense Systems for Malaysia.
by Daily Sabah with AA Apr 17, 2018 12:00 am

One of the biggest defense exhibitions in Southeast Asia kicked off yesterday in the Malaysian capital of Kuala Lumpur. Led by the Turkish Undersecretariat for Defense Industries (SSM), a total of 29 institutions and organizations are attending the Defense Services Asia (DSA), which will last until April 19.

With a 1,418-square-meter stand area, Turkey will be the biggest participant of this year's expo, the statement by the Turkish defense body said.

Turkish defense giants are looking to expand their export markets in Asia. Turkey and Malaysia are expected to make a cooperation on various sectors, including software-based radio projects and drones as well as a variety of ammunition, it added.

In 2016, Turkey attended the exhibition with 21 companies.

Around 43,000 visitors are expected to visit the expo in which more than 350 official delegations from 45 countries will participate.

One of the leading land vehicle manufacturers, FNSS Defense System will exhibit its PARS 6x6 SCOUT armored vehicle for the first time at the event.

In addition, the AV-8 Gempita, which is developed and produced by using PARS technology for Malaysia, will be waiting for its visitors at DEFTECH's stand, the Malaysian partner of the FNSS. FNSS is the main systems integrator and technology provider for DEFTECH's AV-8 8x8 Armored Wheeled Vehicle Program.

The program, which was signed between the two sides in 2011, is successfully continuing as the number of the vehicles delivered to the Malaysian Land Forces has reached 118.

The project, which is underlying the FNSS's PARS 8X8 vehicle, constitutes one of the largest export contract systems conducted at once with a budget of $559 million.

lso provides important opportunities for meetings with high-level representatives from regional countries such as Malaysia, Pakistan, Indonesia and the Philippines.

The company is expected to establish strong cooperation in Malaysia by particularly featuring ANKA.

After defense fairs in London, Bahrain, Bangkok and Kuwait, Turkish defense giant Katmerciler is scheduled to display a variety of products at the 16th DSA.

The company attracts attention with its defense and security products, all of which are designed and developed in its own research and development (R&D) center.

Katmerciler plans to seize the opportunity to introduce its wide-range product portfolio to military delegations from various countries, including Malaysia, industry professionals and company representatives, ranging from wheeled armored vehicles to remote unmanned land vehicles and armored work machines. Otokar, a Koç Group company, continues to strengthen its position in the defense industry. Featuring its original products around the world, Otokar will be participating in Asia's largest defense industry fair DSA, following Chile and Brazil. The company will showcase the Cobra II armored personnel carrier which stands out with its high level of protection, spacious interior and superior mobility during the event.