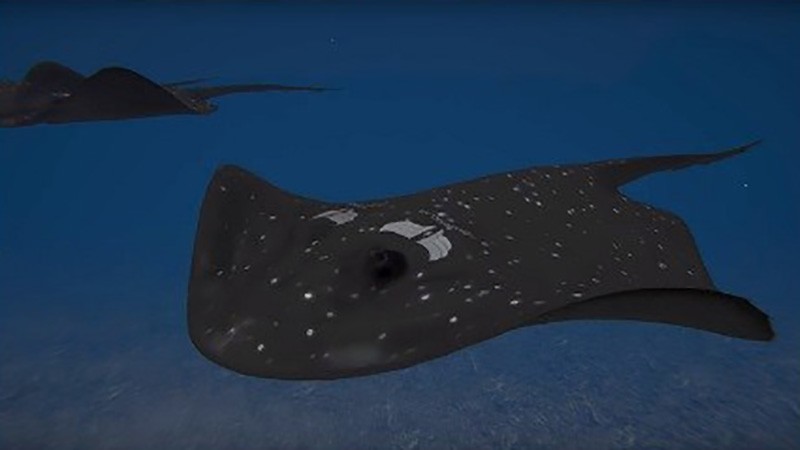 Albayraklar Savunma defense company recently announced the development of a "mobile naval mine" that can be detonated to destroy enemy warships, set to be Turkey's first indigenous armed underwater drone.

The "wattozz," named after the Turkish word for stingray, resembles the sea creature in design and movement, made of titanium and aluminum and covered in silicone. Two cameras are mounted as "eyes" on the device, which can cruise up to 5.5 knots for up to 12 hours powered by three engines.

The wattozz can be used for surveillance or assault, controlled by encrypted acoustic sound waves, similar to those used by whales and dolphins for communication.

Electromagnetic magnets allow the naval mine to attacks to the hull of an enemy vessel and detonate on command.

When the weapon is not on a mission, it can rest on the seabed in sleep mode. Electromagnetic and ultrasound signals also protect it from predatory fish.

Albayraklar Savunma has partnered with Karadeniz Technical University in Trabzon on the Black Sea coast to develop the weapon for the past two years.