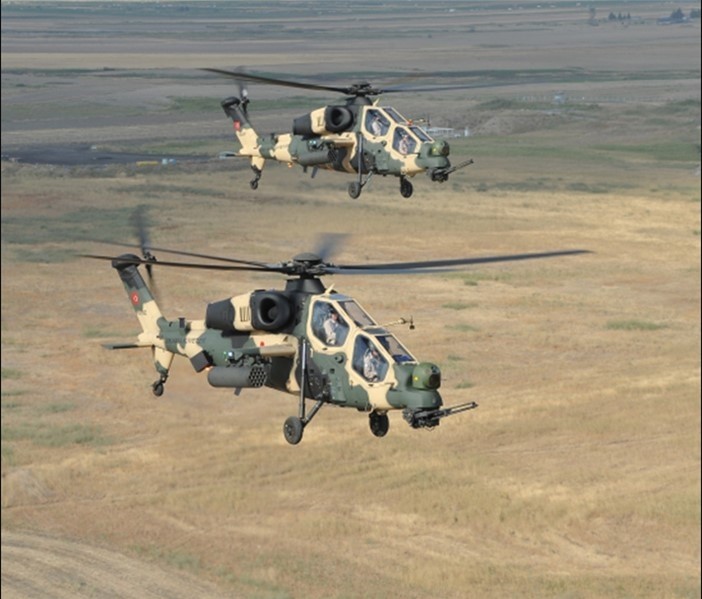 Ankara and Islamabad have signed a deal for the sale of 30 Turkish attack helicopters, according to an election manifesto the ruling Justice and Development Party (AK Party) announced Thursday.

In a November 2017 interview with the Anadolu Agency, Pakistani Minister for Defense Production Rana Tanveer Hussain said his country planned to procure 30 attack helicopters and four naval ships from Turkey.

Hussain revealed that Pakistan was interested in the T129 ATAK helicopter, developed by the Turkish Aerospace Industries (TAI) and the Italy-based AgustaWestland, rebranded as Leonardo Helicopters in 2016.

The gunship helicopter was added to the inventory of the Turkish Armed Forces (TSK) in 2014. Currently, 35 T129 ATAK helicopters are being used by the TSK and the Gendarmerie Command.

On March 23, T129 ATAK helicopters from Turkey participated in a fly-past ceremony in the Pakistani capital, Islamabad.

ATAK helicopters, one of the most remarkable products of the national and original production model in the defense industry, have also paved the way for exports with its outstanding performance. Ongoing talks with Pakistan on the export of ATAK helicopters have had positive results.

With the sales contract, the longstanding cooperation and bilateral relations between Pakistan and Turkey in the defense field gained a new dimension.