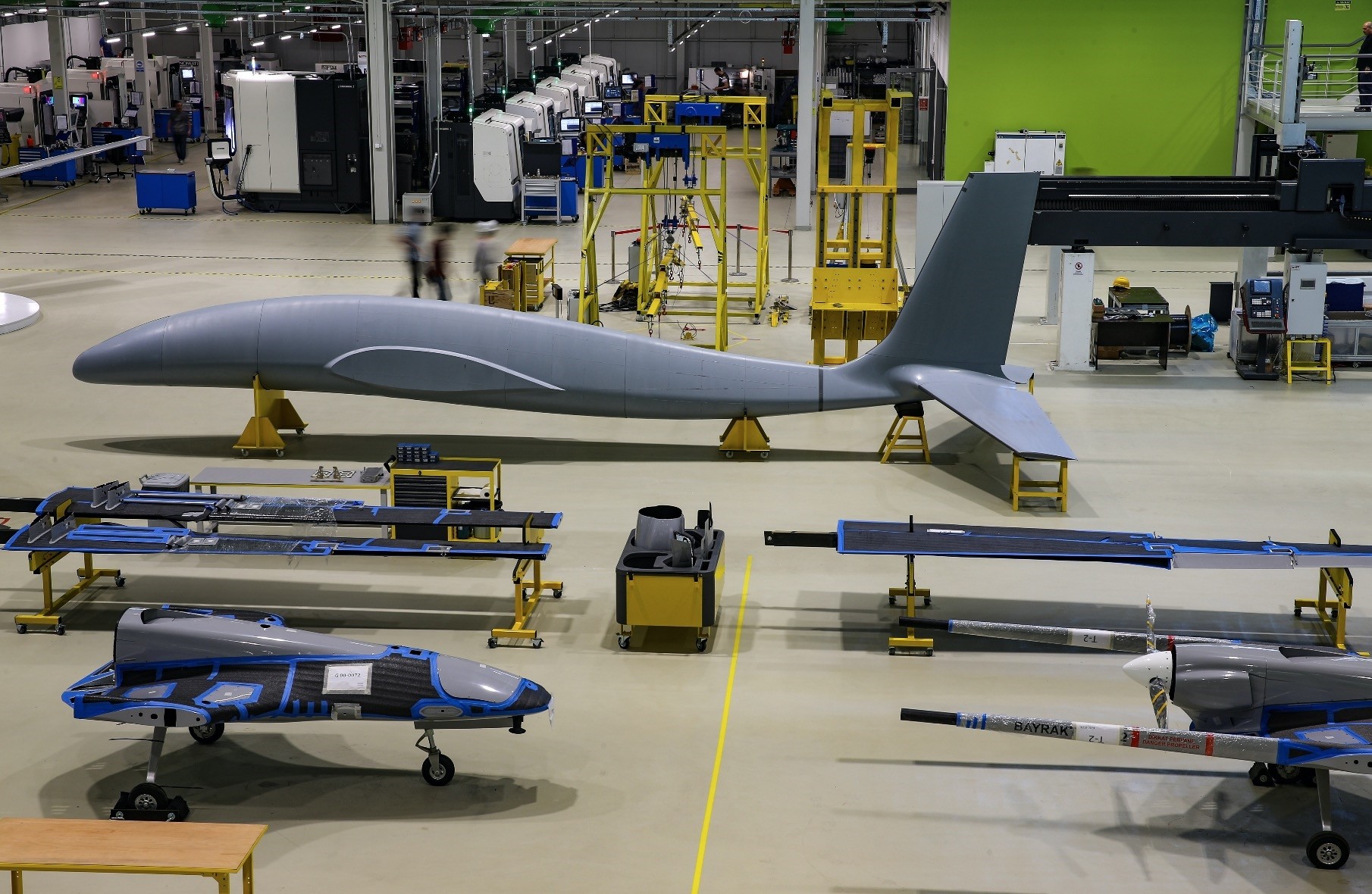 Turkey is taking the first steps in producing its first unmanned fighter jet with Baykar, a global leader in UAV technology, that says they hope to fly such aircraft by 2023

Turkey's domestic and national technology campaign for the defense industry is continuing to expand with the development and production of new aircraft. A series of indigenous unmanned aerial vehicles (UAVs) and armed UAVs have become the eyes and ears of Turkish security forces and hugely improved Turkey's striking capabilities. Now, Baykar Makina, a major supplier of UAVs for the Turkish Armed Forces and a global leader in the technology, has raised the bar as they plan to develop Turkey's first unmanned fighter jets. Baykar Chief Technology Officer Selçuk Bayraktar said that the classical warfare period is over and that is why Baykar picked up the unmanned fighter jet project. "We hope to fly the first aircraft by 2023," he said.

"For Turkey, development of high-value-added technology products is the only way out. Now everyone expects that a breakthrough in the defense industry will be a role model for all the other sectors as well as for the National Technology Campaign," Bayraktar added.

He stressed that the Baykar team strived more than 12 years to develop its first mini UAVs and eventually the Bayraktar TB2, one of the best in the world.

"With the armed version of Bayraktar TB2 rolling off the production line in 2015, Turkey became one of only six countries in the world to have this technology," he said.

Baykar CTO added that its heavily armed UAV Akıncı will be followed by the unmanned fighter jets. He said that this system has the advantages of serving as a herd, not putting human life in danger due to its unmanned nature and very low operating costs.

The Bayraktar TB2, which uses domestically produced electronic, software, aerodynamic, design and sub-main systems, is one of the most advanced UAV systems in its class in terms of flight automation and performance.

Pointing to the drive for domestic production in the defense industry Bayraktar said, "Now we have the opportunity to catch up with the paradigm shifts in technology and cover a huge distance in the near future. If we evaluate the situation well and realize the National Technology Campaign, it will be possible for us to reach the 2023 targets."

He added that the Akıncı UAV, popularly known as the "flying fish," is currently under development.

"It is a continuation of our target to produce technologies for the future," he said.

Bayraktar pointed out that the Akıncı UAV, with its take-off weight of 5 tons, 20-meter wingspan and turboprop propulsion system, will have the capacity to carry payloads of up to 1.5 tons. It will have an operational ceiling of 35,000 feet and use advanced utility loads such as electronic support pods, satellite communications systems and air-to-air radars mounted on it for 24 hours.

"It will carry air-to-air missiles. It will serve as a platform that will seriously reduce the burden of today's manned fighter jets. Just like the Bayraktar TB2, the Akıncı UAV will have the world's most advanced technologies in its class," Bayraktar added.

Bayraktar, who also serves as the chairman of the Turkey Technology Team's (T3 Foundation) board of trustees, has two master's degrees from the University of Pennsylvania and Massachusetts Institute of Technology and a bachelor's degree from the Istanbul Technical University on Electronics and Communication.

During his post-graduate career, Bayraktar studied UAVs and after his doctorate at Georgia Tech, he brought home his technological know-how.

He said that the T3 Foundation provides infrastructure for students of advanced technology.

"We identify special young people and train them in areas like robotics, coding and cybersecurity. The foundation will organize a technology festival, TEKNOFEST, at Istanbul's new airport between from Sept. 20 to Sept. 23," he announced.

He also warned about the concept of Industry 4.0, which was recently brought up by some politicians, saying that the issue was largely misunderstood in Turkey.

"Of course, we must catch up with all industrial revolutions, the developments in artificial intelligence and beyond. But we have to choose the concepts carefully," he continued.

"Industry 4.0 is a strategy developed for the German industry. We must lay out our own strategies and concepts, not something set by others. We have put forward our own strategy as the National Technology Campaign," Bayraktar concluded.