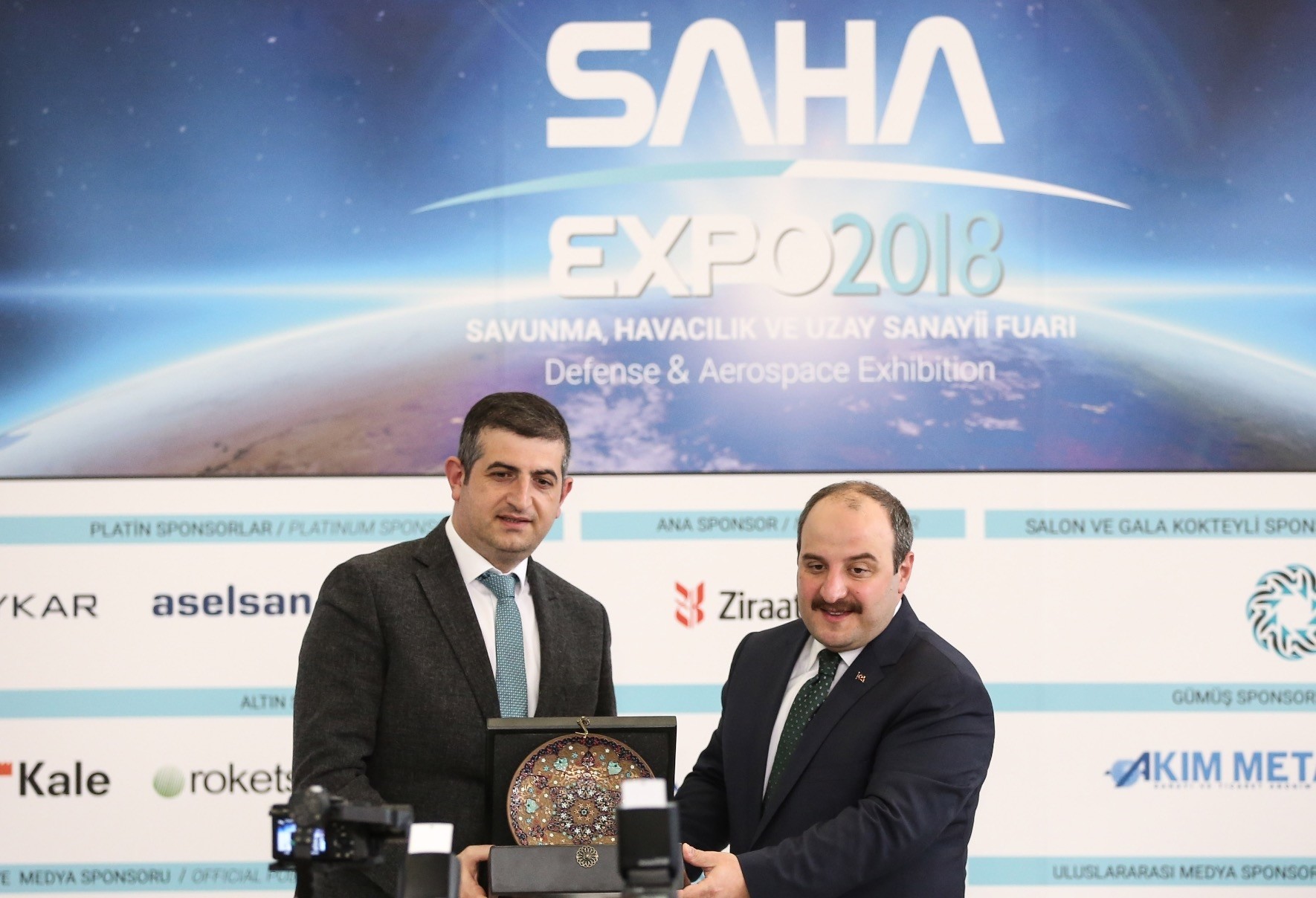 A three-day defense fair kicked off in Istanbul yesterday with the aim of gathering participants from across the country.

The SAHA EXPO Fair 2018 focuses on the latest technology, systems and products developed by the domestic defense industry.

Speaking at the opening ceremony, Turkish Industry and Technology Minister Mustafa Varank said the fair has strategic importance for Turkey.

Saying that many products are now being domestically produced, Varank added: "For the last 16 years, Turkey raised the promotion of indigenous products in the defense industry from 24 percent to 65 percent."

He said that nearly 3,000 intermediate products worth $30 billion were imported but efforts were underway to find locally produced alternatives for them.

Varank added the ministry along with the Scientific and Technological Research Council of Turkey (TÜBITAK) significantly contributes to the research and development of defense-related products.

He noted that the ministry also leads a program with TÜBITAK to motivate expat scientists to return to the country.

Defense giants, including Turkey's leading unmanned aerial platform developer Baykar and ASELSAN, are the platinum sponsors of the SAHA EXPO. Local defense contractors BMC, Kale Group, Roketsan, Akım Metal and Altınay Aviation are among the other sponsors of the event. The fair, which is organized by the SAHA Istanbul Defense and Aerospace Cluster Association, is being attended by the representatives and procurement delegations of international defense, aviation, maritime and aircraft manufacturers. It is also expected to boost exports for Turkish firms with bilateral business negotiations. The SAHA Istanbul Defense and Aerospace Cluster Association was established by 27 Turkish companies three years ago. It wants to see Turkey as a global power that can produce its own aircraft, ships and weapons systems that can compete with the rest of the world.

It was founded with an aim of developing a synergy between some 65,000 industrialists. SAHA Istanbul has 268 members today.