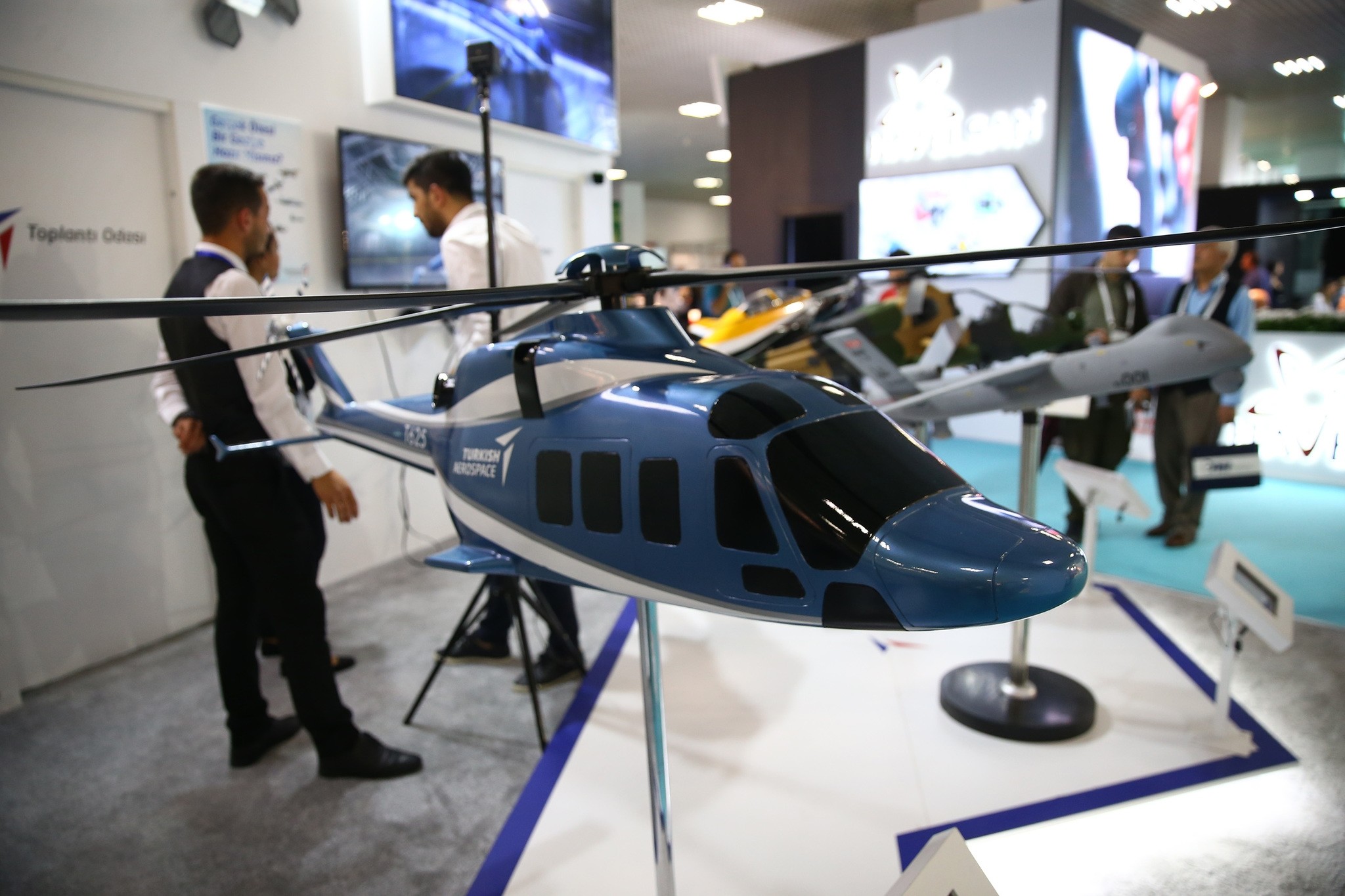 Local and foreign defense companies as well as defense officials from abroad participated in SAHA EXPO 2018 which ran from Sept. 13 to Sept. 15 in Istanbul.
by Daily Sabah with Wires Sep 17, 2018 12:00 am

Local and international defense firms came together at SAHA EXPO 2018, an efficient platform to increase cooperation among defense industry companies, resulting in a number of agreements between Turkish firms and foreign countries for the export of domestic defense products

Domestic companies participating in SAHA EXPO 2018, a three-day event that started Sept. 13, to bring together local and international defense giants, inked memorandums of understanding (MoU) for the sale of their products to Malaysia, Indonesia and Central, South and North America. Many domestic companies taking part in SAHA EXPO 2018, organized by the Defense, Aerospace Cluster Association (SAHA Istanbul), had the chance to open up to international markets. Business talks were held between companies at the expo. Concrete agreements arose from these talks, and groundwork for future projects was prepared.

As part of the fair, Galen Technology, which produces test devices for aircraft engines and diesel engines, signed an agreement to sell of its products to Malaysia and Indonesia.

SAHA Istanbul Chairman Haluk Bayraktar emphasized that the fair drew more interest than expected from local and foreign developers and provided a platform in which main and sub-contractors in the defense industry are able to convene.

"We plan to organize a bigger SAHA Expo in March 2020," he said and added that progress was made with regard to accessing new collaborations in-house and new markets abroad as many companies unveiled products and capabilities at the event.

Bayraktar said that SAHA EXPO was an important achievement despite being held for the first time and that they aim to raise the bar in the following years.

The SAHA Istanbul Defense and Aerospace Cluster Association was established by 27 Turkish companies three years ago. It wants to see Turkey as a global power that can produce its own aircraft, ships and weapons systems that can compete with the rest of the world.

It was founded to develop synergy between some 65,000 industrialists. SAHA Istanbul has 268 members today.

Meanwhile, according to data from the Turkish Exporters' Assembly (TİM), Turkey's defense and aerospace exports increased by 14.84 percent in the first eight months of the year, reaching $1.2 billion.