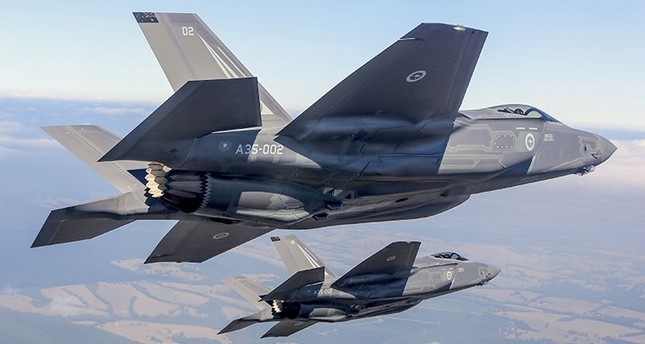 "There is no sign about a change in the delivery of the 100 aircraft," he added, referring to Turkey's plans to purchase a hundred F-35s.

Reminding that the Pentagon has to present a report to the Congress about the warplanes' delivery to Turkey, he added that the paperwork would be sent to the lawmakers in 90 days.

Turkey and the U.S. have recently been at loggerheads over the former's purchase of Russian S-400 missile systems and the arrest of terror-linked American pastor Andrew Brunson.

The Trump administration had decided to delay the delivery of the warplane to Turkey, citing the pastor's case and later its purchase from the Russians.

Turkey has been in the F-35 program since 1999, and the Turkish defense industry has taken an active role in the production of aircraft and invested $1.25 billion in the aircraft's development. Alp Aviation, AYESAŞ, Kale Aviation, Kale Pratt & Whitney and Turkish Aerospace Industries (TAI) have been producing parts for the first F-35 fighter jet. AYESAŞ is also the sole provider of two key components of the plane.