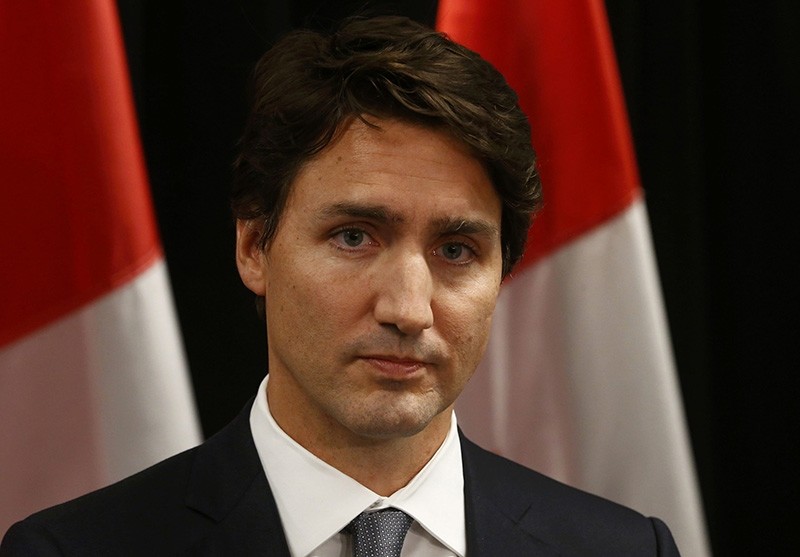 Canada is prepared to freeze a big arms deal with Saudi Arabia if it concludes the weapons have been misused, Prime Minister Justin Trudeau said Monday, amid increasing pressure to punish Riyadh for the killing of journalist Jamal Khashoggi.

Trudeau's comments signaled Ottawa might halt a 2014 contract that the Canadian unit of U.S. weapons maker General Dynamics Corp won to supply light-armored vehicles. The deal is worth up to $13 billion.

"We strongly demand and expect that Canadian exports are used in a way that fully respects human rights," Trudeau said in Parliament. "We have frozen export permits before when we had concerns about their potential misuse and we will not hesitate to do so again."

The opposition left-leaning New Democrats, who will be competing for the same voters as Trudeau in 2019 elections, say Canada should not be arming the Saudis when they are attacking civilian targets in Yemen.

Trudeau condemned the death of Khashoggi and said Foreign Minister Chrystia Freeland had been talking to allies to discuss the next steps.

On Monday, Trudeau convened a special meeting of government ministers and officials to discuss the matter, his office said in a statement.

German Chancellor Angela Merkel on Monday called the killing a "monstrosity" and vowed to halt German arms exports to Saudi Arabia until the case is cleared up.

Freeland said on Saturday that the kingdom's explanations on the death of Khashoggi at its consulate in Istanbul lacked credibility.

"There are very important questions about the entire relationship with Saudi Arabia that need to be asked," she told reporters on Monday.

Asked why Ottawa would go ahead with the arms deal given recent events, Freeland replied: "That is a very good question" but declined to be more specific.

Relations between Canada and Riyadh have been tense since a diplomatic dispute over human rights earlier this year.

In August, Saudi Arabia froze ties with Ottawa after Canada urged the release of jailed civil rights activists in the kingdom. A Canadian foreign affairs tweet was translated into Arabic and sent out by its embassy in Riyadh, angering Saudi authorities.

Interfering in the arms deal could hurt the Liberals politically, since the General Dynamics plant in question is in London, Ontario, an economically depressed town. The Liberals hold two of London's three seats in Parliament.