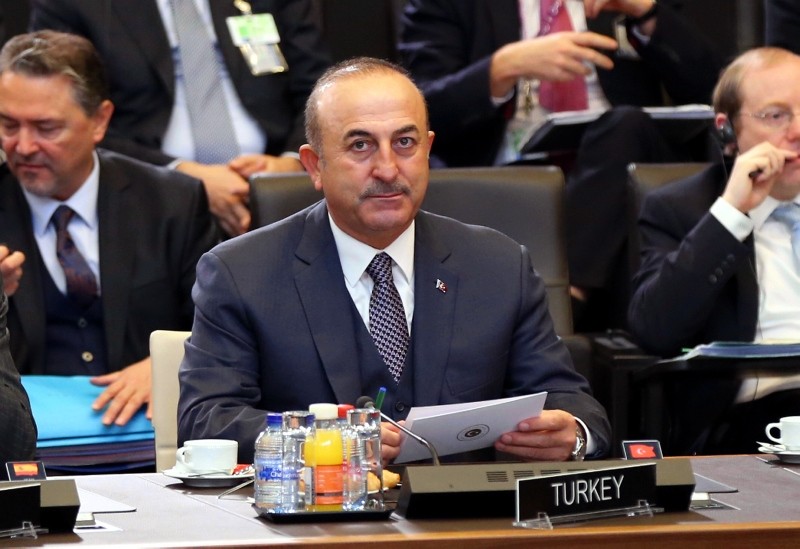 Foreign Minister Mevlüt Çavuşoğlu said Wednesday that Turkey sees no problems in its F-35 procurement despite initiatives in the U.S Congress since President Recep Tayyip Erdoğan and his U.S. counterpart Donald Trump discussed the issue in G20 summit in Argentina.

Çavuşoğlu's remarks came at a press conference in Belgian capital Brussels, where the foreign minister is attending the NATO Foreign Ministers' meeting.

"Trump himself brought up the issue and told Erdoğan he didn't want any problems in the sale. There have been some initiatives in Congress but this is a very comprehensive project. We currently don't see any problems about the project," Çavuşoğlu said.

The two leaders met Saturday on the sidelines of the summit to discuss a number of bilateral and regional issues.

The U.S. Senate has demanded the sales of the jets to Turkey be blocked unless Trump certifies that Turkey is not threatening NATO, purchasing defense equipment from Russia or detaining U.S. citizens.

NATO member Turkey signed a deal with Russia to procure S-400 air defense missile systems amid grave threats on its southern border. The deal raised objections from the U.S. on grounds that it violates the alliance and Western sanctions against Russia over the crisis in eastern Ukraine and Crimea.

Ankara argued that NATO allies and the U.S. failed to protect Turkey and provide air missile defense systems to the country during the ongoing civil war in Syria.

Turkey and the U.S. are at odds over Washington's support for the PKK-affiliated People's Protection Units (YPG) terrorists in Syria.