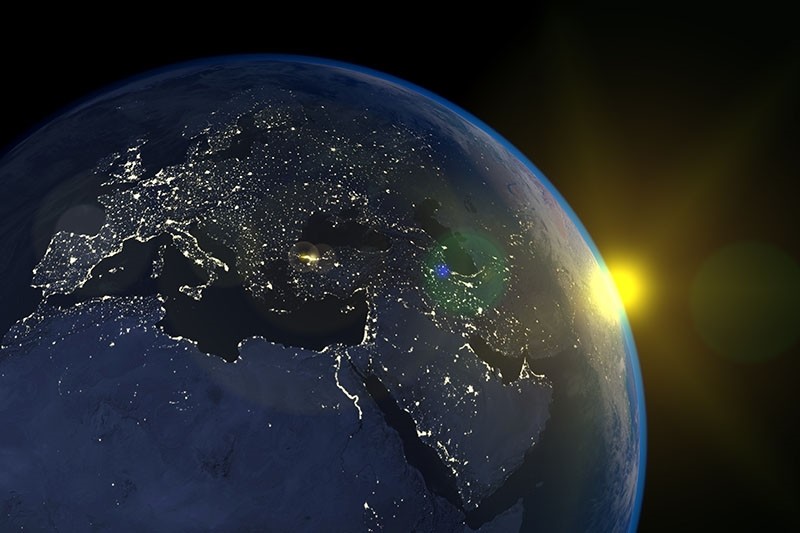 Turkey's national Space Agency, one of the projects in President Recep Tayyip Erdoğan's 100-day action plans, was established under a presidential decree published in nation's official gazette on Thursday.

Speaking at the Turkish Defense Industry Summit held at the Beştepe Presidential Palace Complex in capital Ankara, Industry and Technology Minister Mustafa Varank said that the new agency will pave the way for the establishment of a competitive indigenous industry and determine the strategies and polices about space technologies.

"We formed the Turkish space agency in order to strengthen our aerospace industry, improve scientific infrastructure and human resources in the field of space technology and further boost our capacities and abilities," Varank said.

The Turkey Space Agency will prepare and carry out the National Space Program in line with the policies determined by the president of Turkey, according to the decree.

Saying that the agency will have financial and administrative autonomy as well as a special budget, Varank added, "The agency will also pursue multilateral and bilateral cooperation with its international counterparts while protecting Turkey's rights at the United Nations."

"Our dream of 20 years has come true (through the establishment of the space agency)," Varank said.

Varank previously said in August that the "work to form the Turkish space agency will be completed as soon as possible."

"Priority targets of the agency are to guide and coordinate the Turkish space sector and manage international relations (concerning space) through a single desk," he said in a statement.

The minister also stated that it is among Turkey's priorities to establish an indigenous defense industry.

Varank added: "We stand on our way with the same discipline and determination at every stage; from strategy to original design, infrastructure establishment to technology development, and final product to commercialization."

An innovative step in defense industries may serve as a locomotive in a number of sectors such as electronics, control systems, avionics, metallurgy, petrochemicals and software, the minister asserted.

Mentioning the effect of the defense industry on value-added production, Varank said it takes the country to higher levels rapidly in global competition.

"We are mobilizing all of our opportunities for the projects that will bring technological superiority to our country," he said.

Based in Ankara, the agency will be allocated 20 percent of the Turkish Scientific and Technological Research Council (TÜBİTAK). It will also ensure the coordination and the supervision needed to utilize Turkey's accumulated knowledge and experience in aerospace technologies.