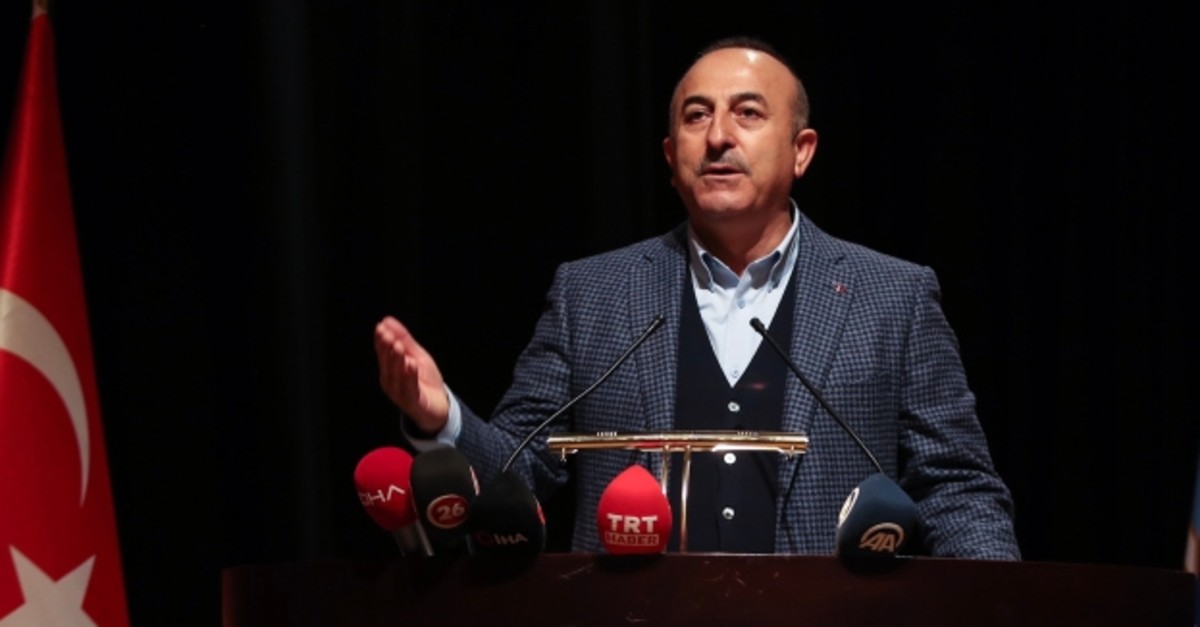 Turkey is obliged to take necessary steps to ensure its national security and Ankara can decide to obtain any defense systems it deems necessary without seeking permission from anyone, Foreign Minister Mevlüt Çavuşoğlu said Tuesday, in response to Washington's thinly-veiled threats over Turkey's decision to purchase Russian S-400 missile systems.

Çavuşoğlu said Turkey repeatedly sought to purchase similar defense systems from its allies in the past but Ankara's requests were always turned down.

"If you are not willing to sell, you can't say anything if Ankara decides to purchase from other countries outside of the NATO," he said.

Çavuşoğlu's remarks came a day after the top U.S. general in Europe and the U.S. State Department said Turkey's participation in the F-35 fighter jet program would be reassessed if Ankara does not drop its plans to buy S-400 surface-to-air missile defense systems from Russia.

Çavuşoğlu refrained from naming any specific country but the American-made Patriot missile systems have been a thorny issue between Turkey and the U.S. with Ankara repeatedly seeking to purchase the defense systems and Washington denying it from doing so.

After Turkey agreed to purchase S-400s from Russia in December 2017, the U.S. had a change of heart and offered to sell a $3.5-billion Raytheon Co Patriot missile package to dissuade Ankara from going ahead with the deal.

But President Recep Tayyip Erdoğan and other high ranking Turkish officials repeatedly said the S-400s were a done deal and Ankara would not walk away from the agreement with Moscow.

"We have made the S-400 deal with Russia, so it is out of question to take a step back. The job is done. When it comes to the Patriots, we are open to buying them. However, this purchase needs to serve the interests of our country," Erdoğan said in February.

After Turkey insisted to go ahead with the S-400 deal, several U.S. officials and generals began voicing concern over the integration of a Russian-made defense system into NATO systems, claiming it could offer Moscow invaluable insight into the West's military technology.

However, Çavuşoğlu said there were several NATO countries with the earlier version, the S-300 missile systems, already deployed and asked how those countries already had them.

"You can't deny selling and then refuse to let me buy from somewhere else at the same time. We will buy them if we need to," Çavuşoğlu said.

The minister once again reiterated that Turkey was dedicated to the Ankara-Moscow deal, and that the S-400 systems will be delivered to Turkey soon.

"Turkey will do what is necessary if Ankara and President Erdoğan signed a deal or gave a promise," he said.

On Tuesday, U.S. Army General Curtis Scaparrotti, the head of U.S. forces in Europe, said he would recommend that the United States not sell Lockheed Martin Corp F-35 jets to Turkey if the S-400 deal went ahead.

Hours after Scaparrotti, State Department spokesman Robert Palladino said in a briefing that the acquisition of the S-400s will result in a reassessment of Turkey's participation in the F-35 program and risk other potential future arm transfers to Turkey.

In August 2018, the Trump administration approved a defense budget law delaying the delivery of F-35 jets to Turkey, citing Turkey's purchase from the Russians.

The Ankara-Moscow S-400 deal was inked in December 2017, when the parties signed a $2.5 billion agreement for two batteries of the systems — Russia's most advanced long-range anti-aircraft missile system. Turkey will be the first NATO member country to acquire the system.