Turkey will never go back from S-400 deal with Russia, may look into S-500s, Erdoğan says 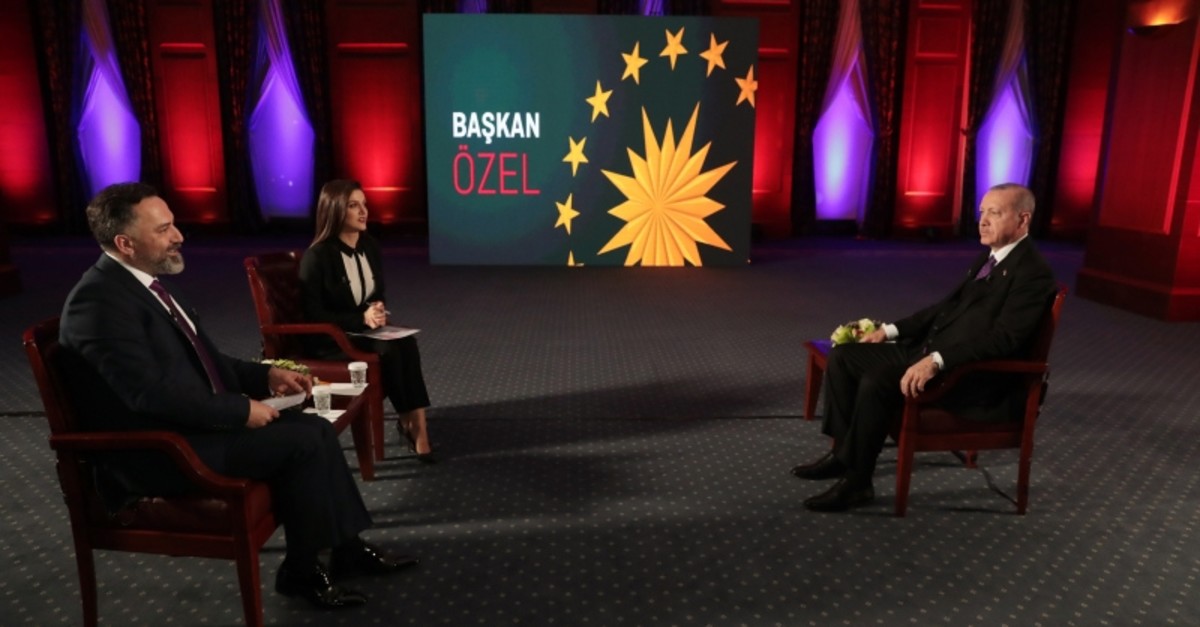 Turkey will never turn back from a deal to purchase S-400 missile defense systems from Russia, President Recep Tayyip Erdoğan said on Wednesday, adding that Ankara may subsequently look into buying S-500 systems.

"We concluded the S-400 issue, signed a deal with the Russians, and will start co-production. Later, we may work with S-500s," the next generation system, Erdoğan said.

In an interview with broadcaster Kanal 24, Erdoğan said that the United States should not try to discipline Turkey through trade measures, adding that Turkey had its own measures prepared.

"It's done. There can never be a turning back. This would not be ethical, it would be immoral. Nobody should ask us to lick up what we spat," Erdoğan said.

He said that Turkey was still open to buying Patriot systems from the United States but only if the conditions are suitable, and he added that Ankara may seek a deal to procure S-500 systems from Moscow later.

Washington previously warned that procuring the S-400 systems from Russia could jeopardize defense industry deals between the NATO allies, and earlier this week decided to end preferential trade with Turkey.

On Monday, the U.S. Trade Representative's Office also said it intends to end Turkey's preferential trade treatment under a program that allowed some exports to enter the United States duty free.

Erdoğan called the decision "unhealthy" and wrong, adding that the U.S. should not try to discipline Turkey though trade measures.

On the issue of the proposed safe zone in northern Syria, Erdoğan said giving control of the area to anyone else other than Turkey was out of the question.

He also said that if the United States could not take back the weapons it had given to the PKK's Syrian wing the People's Protection Units (YPG) in Syria, it should give them to Turkey instead of terrorists.

"We're closely watching the U.S. pullout from Syria," Erdoğan said, but added that no steps had been taken yet.

In December, Trump announced that the U.S. would withdraw its troops from Syria, saying that Daesh was defeated. Trump's swift decision came under fierce criticism suggesting that Daesh continues to be a threat and that the withdrawal is a betrayal of their ally on the ground, the YPG, which Turkey sees as a national threat.

In the face of heavy criticism, Trump later said that he did not have a specific time limit for the pullout, signaling an extension of the presence of U.S. troops on the ground.